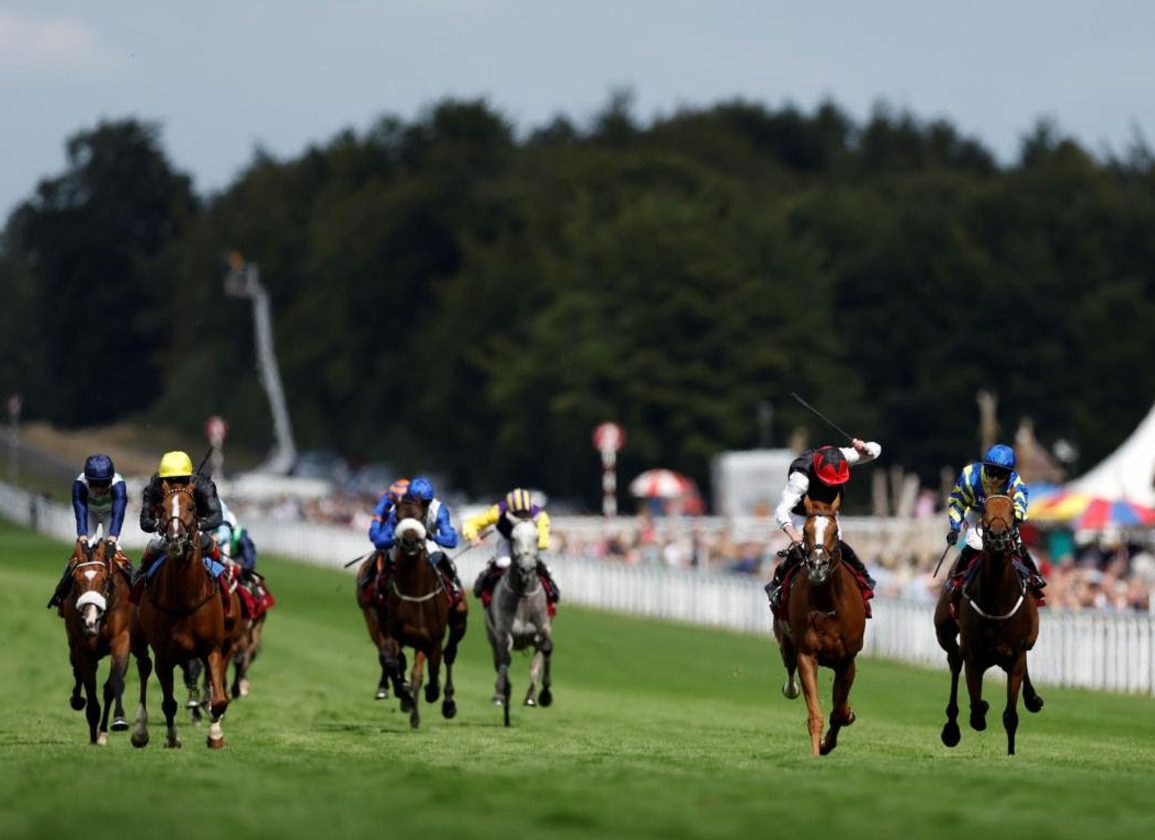 Tuesday's G1 Al Shaqab Goodwood Cup was every bit as engaging from start to finish as it had promised to be, with ultimately Kyprios (Ire) (Galileo {Ire}) winning out ahead of Stradivarius (Ire) (Sea The Stars {Ire}) in a pulsating finale. Sent forward by Ryan Moore from the break to provide his two big rivals with their target racing in third overall, Ballydoyle's June 16 G1 Gold Cup hero was the first to commit up the straight with his initial task seeing off last year's title-holder Trueshan (Fr) (Planteur {Ire}) in the centre of the track. With that accomplished, there was no small matter of getting the prize ahead of Bjorn Nielsen's four-times Goodwood Cup winner who was thrusting towards the line a few horse widths away out of sight of the 6-4 favourite.

Getting in close enough proximity near the finish to truly eyeball that iconic stayer, Kyprios showed steel to eke out a winning margin of a neck in one of the great Cup races sure to fill conversations for some time to come. Trueshan, who was gamely put into the mix by Alan King and co., ran with great credit on ground on the tight side, 1 1/4 lengths behind in third. “That's only his eighth start and he's still learning a little bit,” Moore said. “He stays very well, but he's got a lot of pace and always gives you the feeling that there's more there.”

This was one of those outcomes that justified all of the preceding hype, with Stradivarius displaying all the right signals before, during and after the contest in which he came home better than he has for some time. Looking for all the world like the horse we all knew well before the fortunes conspired against him, he gave new hope to a continuation of his stellar career. Kyprios had looked the new staying supremo at Ascot and confirmed that impression, suggesting he can forge on and chase down the tally of the stable's former great Yeats (Ire). Trueshan finally got the chance to show how he could operate on a surface that wasn't slow and let nobody down, while even Coltrane (Ire) (Mastercraftsman {Ire}) threatened briefly to gatecrash the private function before accepting a minor humbling in fourth.

Kyprios, whose formative months were a muddle of definite promise shown in Ireland and complete anti-climax in his forays to Britain, had faced a potential full-stop as early as last year's G2 Queen's Vase when he went under the stalls and injured his back. More or less unknown outside of Rosegreen at that time, his rise to these heights has been dizzying since entering the fray when taking Navan's Listed Vintage Crop S. Apr. 23. Backing that up with his 14-length win in an uncompetitive G3 Saval Beg Levmoss S. at Leopardstown May 13, he had to battle in the Gold Cup at the Royal meeting but with Stradivarius suffering ill fortune there he had to do it again to confirm his newfound status.

Moore was keen to get him ahead early and with Thunderous (Ire) (Night Of Thunder {Ire}) and Nate The Great (GB) (Nathaniel {Ire}) providing him with a lead, things were set up perfectly for the Moyglare colour-bearer who had Stradivarius, Trueshan and Coltrane in a line directly behind. Andrea Atzeni was still following when Hollie Doyle allowed Trueshan to surge forward on the descent to the home straight, which prompted Moore to begin the winding-up process on Kyprios and for a brief period Stradivarius was stuck in a pocket before receiving a bump from the wandering Thunderous. Undeterred, the Gosdens' legend's blood was up as he produced his familiar powerful effort to usurp Trueshan as the favourite's main challenger inside the final furlong and for a few strides it looked as if it would be enough for the fairytale. It was only in the dying yards that it was clear that Kyprios had turned it on again with the race almost slipped from his grasp in one of the great finishes at this revered meeting.

“It panned out how we thought it would, but even here they were going a little bit steadier than I'd have liked,” Moore added. “They didn't go as slow as they had at Ascot, where he'd started slow and I'd ended up a bit further back than I'd wanted, but he's got a great attitude. He's beaten two very good stayers today and the fourth is a horse going somewhere, so that was probably as good a Goodwood Cup as you'd see. Aidan was always complimentary about him in the Spring and at the moment he's doing everything right–I'd like to think there are more good days ahead.”

Aidan O'Brien gave his own lowdown on the dramatic events. “He's a lazy horse, so our only worry was that Stradivarius was a little bit away from him–he likes a fight,” he said. “He was always very professional and wastes no fuel at any stage–he only uses what you want him to and he's won on all types of ground, so he's a horse to enjoy. He'd probably have no problem coming back to a mile and a half–his work earlier this year meant that we nearly started him at a mile and a quarter, that's the kind of quality he has.”

“We thought he was our Leger horse last year and what happened at Ascot was one of those things. He'd never done it before and he had a badly bruised back and was very sore. I think he's very good–he's won a Gold Cup and Goodwood Cup at four and that's a big call. He's a lightly-raced, fresh horse who hasn't a lot of miles on the clock and he has the most beautiful mind you've ever had anything to do with. He has a lot of class and he's right at the beginning. Stradivarius is a great horse–John has done a brilliant job with him and it's great when they compete in these races. The plan from here is to go to the Irish St Leger.”

John Gosden believed that the runner-up was at least in part compromised by being away from the winner. “He was a bit stranded and hit the front slightly sooner than ideal and was idling in front, but it was a superb run,” he said. “He travelled round beautifully, but I'd have preferred it if he had something to race with. That's the way it turned out and he came into the winner's enclosure and started shouting, so he's not stressed. As long as he's enjoying racing and training, and I'm the one who will let Mr Nielsen know when that is not the case, there is no reason to stop–it's all about the horse telling us. He's been around so long and always run valiant races. He reminds me of the great jumps horses like Desert Orchid–here he is, still battling the youth brigade now.”

Hollie Doyle said of Trueshan, “He ran a solid race and he is a better horse on heavy ground, but I can't blame the ground today.”