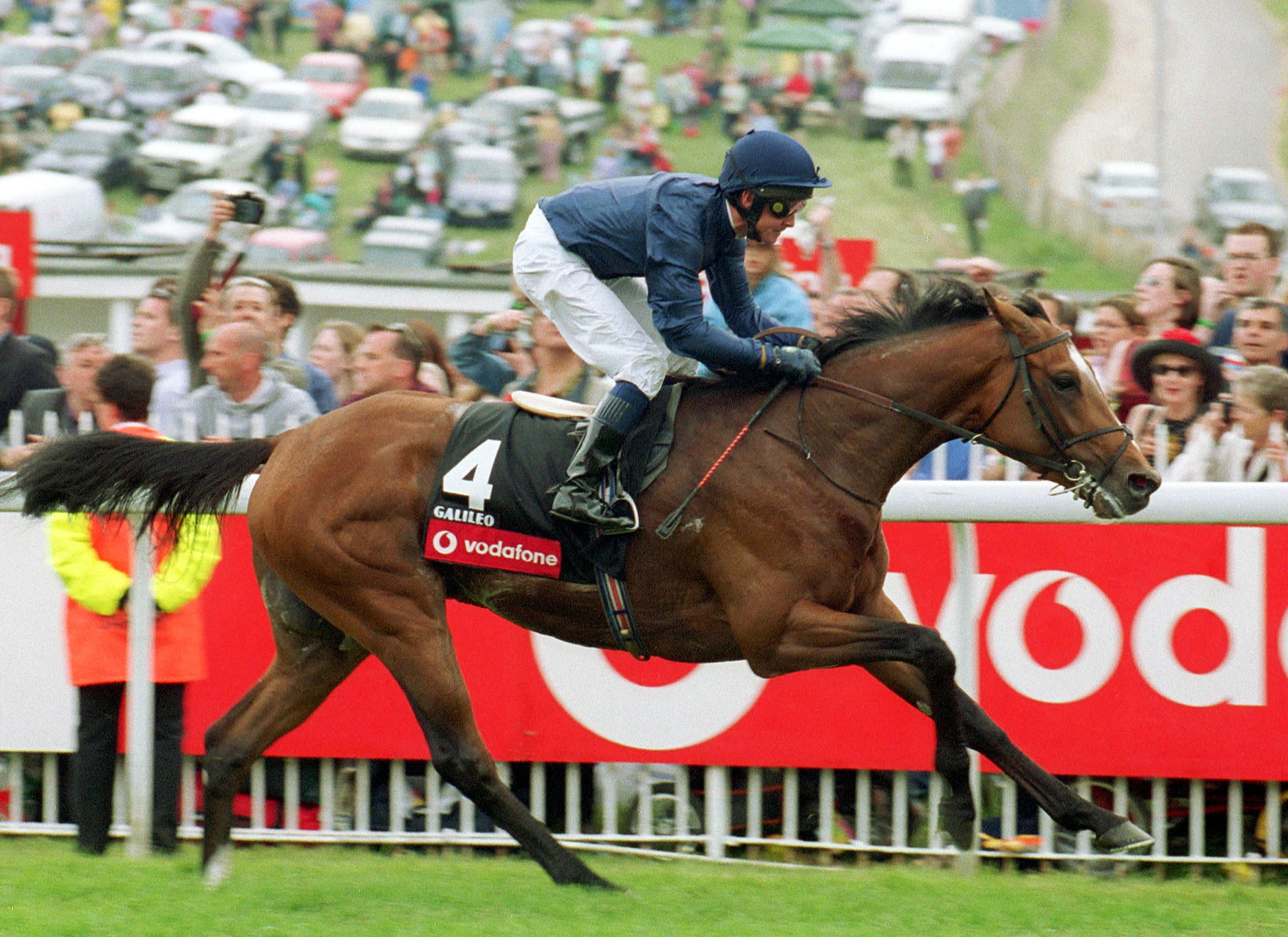 The late supersire Galileo (Ire) (Sadler's Wells), a winner of the 2001 G1 Derby, has been inducted into the QIPCO British Champion Series Hall of Fame (video) via a public vote. He beat out his fellow Derby-winning half-brother Sea The Stars (Ire) (Cape Cross {Ire}) and the 1981 Derby victor Shergar (GB) (Great Nephew {GB}). The public was invited to vote on the three Derby winners in recognition of the special year of The Queen's Platinum Jubilee. The Platinum Jubilee Central Weekend celebrations include the G1 Cazoo Derby on June 4.

Susan Magnier, Galileo's co-owner during his racing career, said, “We were thrilled to hear that Galileo has been inducted into [the] QIPCO British Champions Series Hall of Fame. He was a very special horse to everyone here at Coolmore and Ballydoyle and hopefully his legacy will continue for many years to come.

“Given the special year of Her Majesty's Platinum Jubilee, we were delighted that the panel focused on Derby winners for the shortlist and that the public vote saw Galileo chosen ahead of two other Epsom luminaries in Sea The Stars and Shergar.”

Also a winner of the G1 Irish Derby and the G1 King George VI and Queen Elizabeth S., the greatest part of Galileo's legacy is as an outstanding sire, sire of sires and as a broodmare sire. The former Coolmore partners' runner has been Champion Sire in Great Britain and Ireland 12 times to date. In addition, he holds the international record of Group/Grade 1 winners at 93 and the international record for black-type winners with 353.

His greatest runner, the undefeated 14-for-14 Frankel (GB), took his first champion sire title from Galileo in 2021. Galileo was euthanised last July.