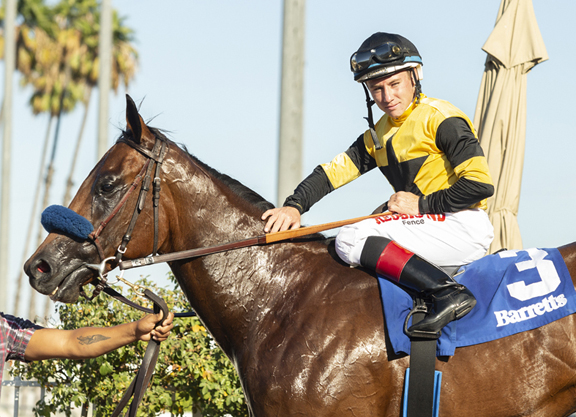 Multiple stakes winner Galilean (Uncle Mo–Fresia, by El Prado {Ire}), who hails from the female family of the influential Smart Strike, has been retired from racing and will take up his new career as a stallion at Hidden Lake Farm in New York, where he will stand the 2022 breeding season for a stud fee of $7,000 S&N.

“We are proud of what Galilean accomplished on the racetrack,” said West Point Thoroughbreds' Terry Finley, “and we're excited for him to write his next chapter as a stallion. He was precocious, fast, and he proved his class repeatedly in top company. We believe he has the looks, the pedigree, and the type of dangerous miler speed to make his mark as a stallion. We are committed to supporting Galilean with some of our top mares, and we're excited to offer him to New York breeders.”

Campaigned by West Point Thoroughbreds, Denise Barker, and William Sandbrook, Galilean was bought by West Point Thoroughbreds for $600,000 out of Eddie Woods' consignment at the 2018 Barretts 2-Year-Olds in Training Sale. He picked up victories in the Barretts Juvenile S. and King Glorious S. as a juvenile and added a score in the California Cup Derby as well as a third in the GII Rebel S. at three in 2019. He also captured the Soi Phet S., California Dreamin S. and California Flag H. last year. The bay, who was trained by Jerry Hollendorfer, retires with a record of 16-6-1-3 and earnings of $592,522.

For more information on Galilean or to schedule a viewing, contact Chris Bernhard at (914) 850-9769 or by email at [email protected].