Gaines, Phipps, Winn Elected to Hall of Fame as Pillars of the Turf 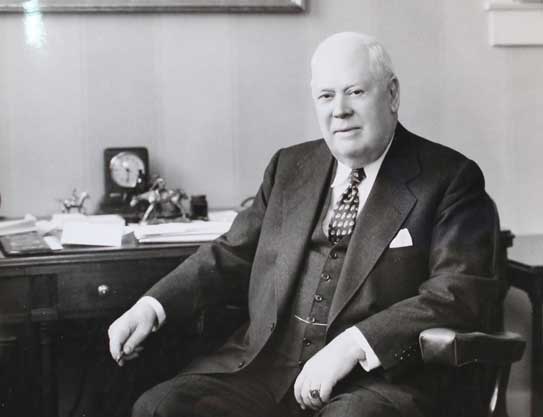 John G. Gaines, Ogden Mills “Dinny” Phipps and Matt Winn, three of the biggest names in American Thoroughbred racing history, have been elected to the National Museum of Racing's Hall of Fame as the 2017 Pillars of the Turf selections.

The Pillars of the Turf category is intended to honor people who have made extraordinary contributions to the sport in a leadership or pioneering role at the highest national level. Gaines, Phipps and Winn join previous selections August Belmont II (2013), Paul Mellon (2013), E. P. Taylor (2014), Alfred Vanderbilt II (2015), John Hay Whitney (2015), Arthur B. Hancock, Jr. (2016) and Williams Woodward, Sr. (2016).

The three giants will be inducted Friday, Aug. 4 at 10:30 a.m. at the Fasig-Tipton pavilion in Saratoga Springs along with previously announced inductees–jockeys Javier Castellano, Victor Espinoza, Garrett Gomez, trainer Tom Voss and horses Goldikova (Ire) and Good Night Shirt. The ceremony is open to the public and free to attend, although seating is limited. It will also be streamed online at www.racingmuseum.org.

Gaines (1928-2005), a native of Sherburne, N.Y., is one of the founders of the Breeders' Cup and developed Gainesway Farm into the powerhouse stallion operation it is today. Gainesway was founded by his grandfather in 1925 as a standardbred business and Gaines added a Thoroughbred division in 1962. He acquired, syndicated, stood and managed top stallions like Bold Bidder–sire of Spectacular Bid–Lyphard, Riverman, Blushing Groom, Vaguely Noble and Broad Brush. He further developed the business by moving it to its current location on Paris Pike and acquiring half of the C. V. Whitney Farm.

Gaines conceptualized the idea for a year-end championship event in the Breeders' Cup, which he pioneered to its launch in 1984 at Hollywood Park. The event began with seven races and $10 million in total purses, while the 2017 edition at Del Mar will include 13 races with more than $28 million in purses.

Phipps (1940-2016), a New York City native, was born into a legendary Thoroughbred racing family and was chairman of The Jockey Club for an unprecedented 32-year team from 1983-2015. He transformed the organization from one that mainly maintained the stud book into a diverse set of companies to fill specific needs within the sport.

Phipps helped lead the industry to achieve enhanced integrity and spent time helming the New York Racing Association, Breeders' Cup, American Horse Council and the NTRA. He also championed research for the horse and charitable care for people in the sport while maintaining a world-class breeding and racing operation.

He was the grandson of Mrs. Henry Carnegie Phipps, whose Wheatley Stable bred champions including Seabiscuit and Bold Ruler. His father, Ogden Phipps had his own breeding and racing operation beginning in the 1930s and also served as TJC chariman from 1964-1974.

Phipps earned the Eclipse Award of Merit in 1978 and bred 89 stakes winners for Phipps Stable, including Inside Information, Storm Flag Flying and Smuggler. He and his cousin, Stuart Janney III, bred and raced 2013 GI Kentucky Derby hero Orb (Malibu Moon).

In 1902, Winn put together a group of investors that purchased struggling Churchill Downs for $40,000. He renovated the track's clubhouse and used his marketing skills to help Churchill make a profit for the first time in his history. He introduced pari-mutuel machines to handle betting to combat a 1908 anti-bookmaking law in Louisville.

Winn introduced the $2 minimum bet in 1911, lowering the threshold from the $5 it had been, which was beyond the means of most working people. He began the practice of inviting, sometimes by paying, celebrities to attend the Derby and publicizing their attendance.

In 1915, Winn convinced prominent owner Harry Payne Whitney to bring his filly Regret to the Derby. The national publicity surrounding Regret's subsequent victory cemented the Derby as a marquee event on the American racing calendar.

A 1949 New York Times article said of Winn's influence on the Derby: “He alone made it what it is today,” and author William H. P. Robertson said “Winn was a Moses who led the sport through trying times.”