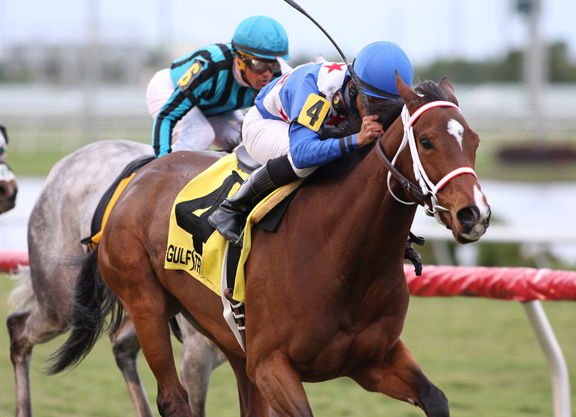 The Florida Thoroughbred Breeders’ and Owners’ Association has announced its Florida-bred champions for 2019.

K P Dreamin (Union Rags) was named the Florida-bred champion 2-year-old filly. She was third in both the GI Chandelier S. at Santa Anita and the GI Starlet S. at Los Alamitos. Owned by Karl Pergola, K P Dreamin was bred in Florida by Peter Vegso’s Vegso Racing Stable.

William Stiritz’s Wildwood’s Beauty (Kantharos) used the Florida Sire S. program for older horses and Florida-bred stakes to catapult herself to the title as the Florida-bred champion 3-year-old filly and champion female sprinter. She  was bred by Philip and Karen Matthews.