From TDN Look: Men, and Women, of War Find Solace in Mack's Program 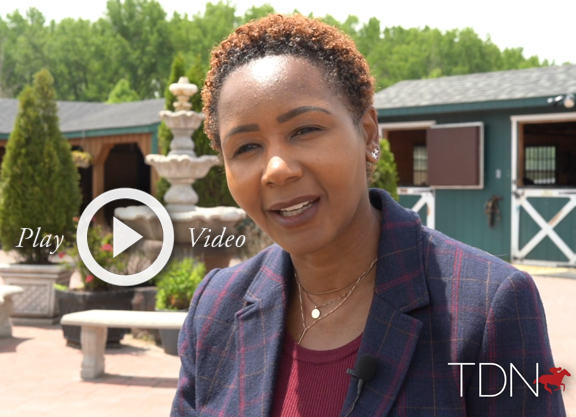 Of all the terrible things that mankind has inflicted upon one another, there is none so terrible as war.

Estimates of the total number of people killed in war in the history of the world range up to a billion lives, and for the combatants, oftentimes just surviving the conflict seems like the goal. But of course, too many people come home from combat only to find that they cannot leave it behind.

Though she served in the military for 21 years, Tei Pascal can pinpoint the exact period during her service from which her post-traumatic stress stems.

“During my 21-year career, I had five deployments, and one of those deployments was to Kirkuk, Iraq,” Pascal recalled. “And at that particular time we had a lot of mortar attacks. The mortar attacks would happen almost daily; I would say five days out of seven. At the time, I wasn't really worried because I knew that I was trained properly and we had good camaraderie in my unit, in my squadron.”

It wasn't until she returned home that she realized what a toll those daily attacks had taken on her.

“When I got back from Iraq, I lived in Florida, and so here I am one afternoon with my son, and we're outside, and a car alarm was triggered by a thunderstorm. And I found myself taking cover. And it really scared me because I didn't know what was going on. I felt as if I was back in Iraq. I felt as if time kind of stood still.”

The 44-year-old Pascal is well-dressed, and exudes an air of calm. She's sitting in a courtyard at the Bergen Equestrian Center in Leonia, New Jersey, the riding facility that is home to the Man O' War Project. Pascal rests on a stool near an L-shaped barn housing a dozen or so horses; horses, she says, who gave her her life back.

In 2013, the Veterans Administration released a study which showed that 22 veterans a day were committing suicide. That means that just over every hour, a veteran takes his or her own life. While vets make up seven percent of the population, they account for 22 percent of its suicides-a suicide rate over three times the average for other Americans.

At the heart of their struggle, of course, is PTSD, or post-traumatic stress disorder. Especially common in combat veterans, PTSD is a psychiatric disorder that occurs in people who have experienced a traumatic event or a long period in which they felt trauma. It can cause flashbacks, nightmares, anger, fear, estrangement, and a lack of trust.

It was that lack of trust that Pascal says was the obvious sign that something was wrong. “What I found was all of a sudden I was on edge,” she said. “I didn't trust people. I was constantly looking over my shoulder. I went through moments of isolation and then finally moments, as the years went on, of depression. And it wasn't until 2017 or 2018 where I finally decided, 'Okay, I can't do this on my own. I need to see someone.'”

In a country that makes a public show of praising its veterans, at ballgames, in airports, and in signs and banners thanking them for their service, it is difficult, if not impossible, to find effective treatment for PTSD. It is especially frustrating to the people on the front lines of the mental health battle that more real assistance for America's veterans is not a priority.

“Sadly, the military, the Department of Defense, the VA, the federal government has not done enough to understand the basis of psychological injuries of military experience in combat as could have been done,” said Dr. Jeffrey Lieberman, the Chairman of the Department of Psychiatry at Columbia University.

Lieberman manages the largest psychiatric department in the world, with over 700 doctors working under him, and has taken a keen interest in the Man O' War Project. Concerned with the military's mental health crisis, he is dedicated to raising awareness, and finding alternative treatments for PTSD.

“There are a lot of treatments that are being used, but they're not really very effective,” he said. “And it's doubly shameful because of the fact that this condition–from the standpoint of how scientifically challenging or difficult it may be to understand–should be solvable.”

“This is not global warming. This is something which should be readily solvable but it's not because there hasn't been funding of the best scientific minds to do so.”

Click to read the rest of this story in TDN Look.