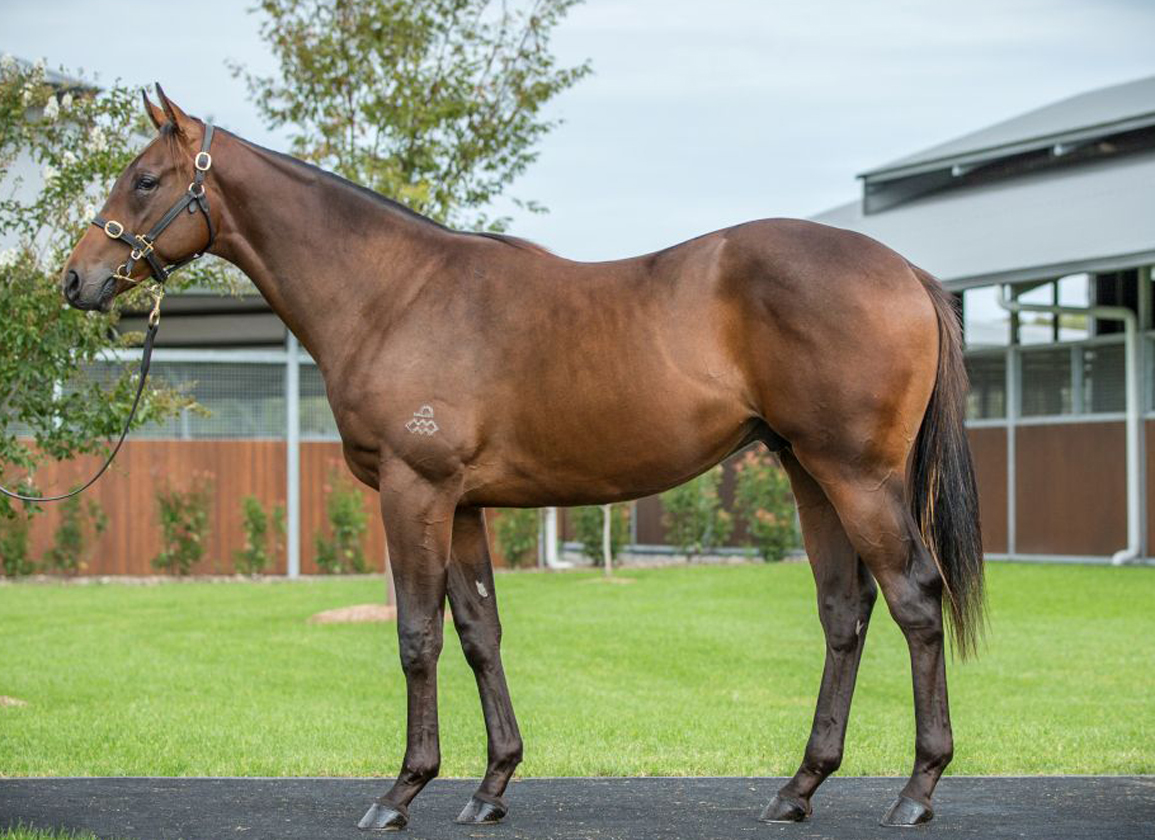 Kazuhiko as a yearling | Inglis photo

1st-DMR, $70K, Msw, 3yo/up, 5 1/2fT, post time: 7:00 p.m. ET
Bred in Australia by the renowned Arrowfield Stud, KAZUHIKO (AUS) (Deep Impact {Jpn}) was purchased for a joint third-highest price of A$1.7 million (US$1,211,760) at the 2019 Inglis Easter Yearling Sale by a partnership including Spendthrift Farm, Kennewell Racing and Group 1 Bloodstock. Trained by Lloyd Kennewell, the Sept. 1 foal was the subject of major betting support ahead of his debut in the G3 National S. at Adelaide's Morphettville Racetrack in South Australa last May, but he could do no better than a green second as the 3-1 favorite (video). Runner-up in a Geelong (Victoria) maiden Sept. 6, he makes his first start since a sixth in soft ground at Ballarat (Victoria) two weeks later. Kazuhiko becomes the fifth of his late sire's progeny to start in the U.S. and is out of a Redoute's Choice (Aus) half-sister to Yell (Aus) (Anabaa), a three-time Group 1 winner and champion sprinter in Australia; and to SW Sung (Aus) (Anabaa), dam of 2019 champion 2-year-old colt Microphone (Aus) (Exceed and Excel {Aus}). Jessica Pyfer claims five pounds from the rail for Richard Mandella and Lasix goes on. TJCIS PPs