Friday's Insights: Into Mischief Filly Stretches out for Baffert 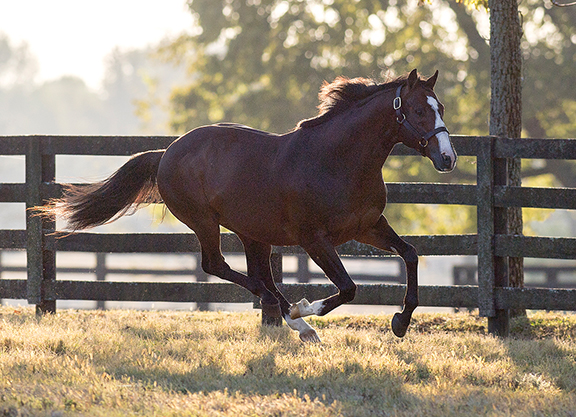 BROCADE (Into Mischief) stretches out for trainer Bob Baffert after back-to-back efforts at six furlongs. Piloted by John Velazquez, who is 15/28 for Baffert at the current meet, the daughter of leading sire Into Mischief sold for a $750,000 final bid at the 2020 Keeneland September Yearling Sale. Baffert is an expert at turning sprinters into routers and this pricey filly's pedigree should allow her every chance to hold her speed over the mile. TJCIS PPs

Whisper Hill Farm's WATCH IT (Tapit) gets a second try for trainer Todd Pletcher. The homebred filly is out of the Galileo mare Aloof (Ire), herself a Group 3 winner in Ireland and the dam of two other winners on the turf from three starters. Tapit has sired 13% turf winners, including this filly's full brother Tapaloof. Second dam Airwave (GB), winner of the G1 Betfair Cheveley Park S. and second in the G1 Golden Jubilee S., is also responsible for 2017 broodmare of the year Meow (Ire), who went on to produce MG1W and current Coolmore stallion Churchill (Galileo). Entered on the turf last time out, that race got moved to the tapeta surface and she gets the turf now. Luis Saez gets the ride again and will look to get a better trip this time around after a wide trip may have cost her last time out. TJCIS PPs