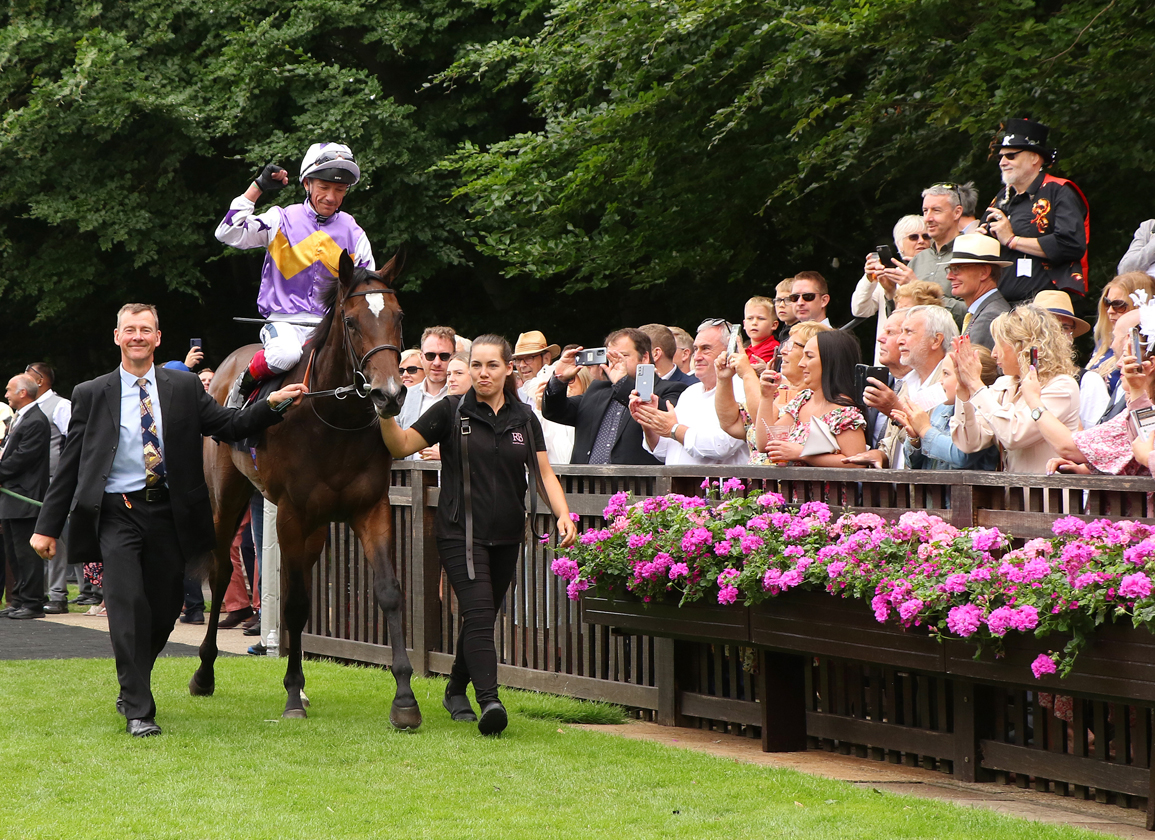 Frankie Dettori had spoken briefly of his sabbatical from the Gosdens at Newmarket on Saturday and duly made his sole ride a winning one on Marc Chan and Andrew Rosen's Lezoo (GB) (Zoustar {Aus}) in the six-furlong Listed Maureen Brittain Memorial Empress Fillies' S. Off the mark on debut over five furlongs at Bath June 11, the bay who was a 77,000gns Book 3 and €110,000 Arqana May Breeze Up graduate becomes the first black-type winner for her sire (by Northern Meteor {Aus}). Buried in mid-division early, the 16-5 second favourite was stuck behind rivals and left behind by Malrescia (Ire) (Acclamation {GB}) heading down into the dip but had an abundance of time to make up the deficit once in the clear. Running down that rival in the last half a furlong, the Ralph Beckett trainee asserted to score by 1 3/4 lengths, with a short head back to Tagline (GB) (Havana Grey {GB}) in third.

It's not been an easy time for @FrankieDettori, but the top-class jockey strikes on his sole ride of the day aboard Lezoo in the Listed Empress Fillies' Stakes @NewmarketRace | @RalphBeckett pic.twitter.com/B6j6tSqhzA

Lezoo, who was reported by Beckett to be in line for a tilt at this track's G2 Duchess of Cambridge S. at the July Festival, is out of the G3 Firth of Clyde S. winner Roger Sez who also has a yearling filly by Territories (Ire). The family includes the Listed Radley S. and Listed Flame of Tara S. winner Bibury Flyer (GB) (Zafonic), the G2 Lowther S. third Hello Glory (GB) (Zamindar) and the G3 Polar Cup scorer Tinnitus (Ire) (Clodovil {Ire}).