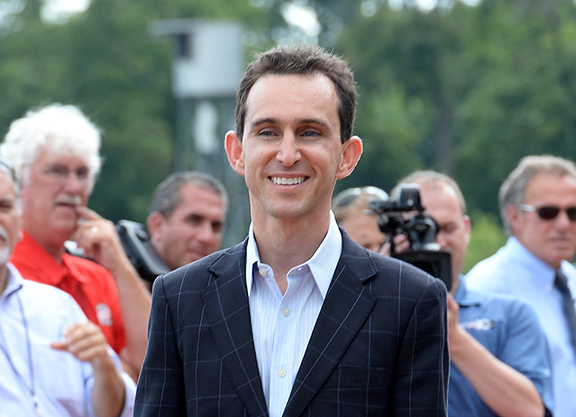 TVG, the New York Racing Association, Keeneland and Santa Anita will team with Hall of Fame jockeys who are members of the Jockeys' Guild and other prominent racing personalities to raise money for the Permanently Disabled Jockeys Fund (PDJF) Sunday, Apr. 10 for the fourth annual telethon to raise money for the PDJF. The event will be broadcast on both TVG and America's Day at the Races on FS2 in collaboration with NYRA and FOX Sports.

After missing 2020 due to the pandemic, the popular event returned in 2021 and raised $339,672. Once again, the horse racing industry will unite in support of jockeys who have suffered serious on-track injuries. Fan favorite jockeys of today and years past will be on hand live at call centers at Santa Anita and Keeneland from 12-6 p.m. ET as their schedule permits. Throughout the day, TVG and America's Day At The Races will be connecting with personalities and horsemen who have been involved with the PDJF's work.

“We sincerely appreciate the continued support of TVG, NYRA, 1/ST Racing and Keeneland in helping to raise critical funds for the PDJF and also raise awareness of its mission,” said Jockeys' Guild President and CEO Terry Meyocks. “With no guaranteed funding from the industry, this event is the major fundraiser for the organization which provides monthly monetary assistance to approximately 60 riders who have sustained catastrophic on-track injuries. Active and retired riders will be answering the phones to take donations while giving racing fans across the country the unique opportunity to speak and interact with their favorite jockeys.”

“On behalf of the PDJF and our recipients, we are very appreciative for TVG providing this platform and hosting this annual telethon,” said Nancy LaSala, PDJF President. “The combined donations from the three telethons hosted in 2018, 2019 and 2021 has raised over three quarters of a million dollars for the PDJF. We were grateful to have the opportunity to host the telethon in October 2021 after close to a 30-month gap due to the pandemic and we are excited to be returning to the originally scheduled month of April to have this event.”

Callers who donate via the telethon will be entered in a drawing to win a pair of reserved tickets for Friday and Saturday at the 2022 Breeders' Cup World Championships Nov. 4-5 at Keeneland, donated by the Breeders' Cup and valued at $1,200 each. In addition to the Breeders' Cup tickets, there will be several other items available to win in a sweepstakes which will take place each hour of the telethon.

Since its foundation in 2006, PDJF has disbursed over $11 million to support disabled jockeys; the organization is 100% reliant on charitable donations.