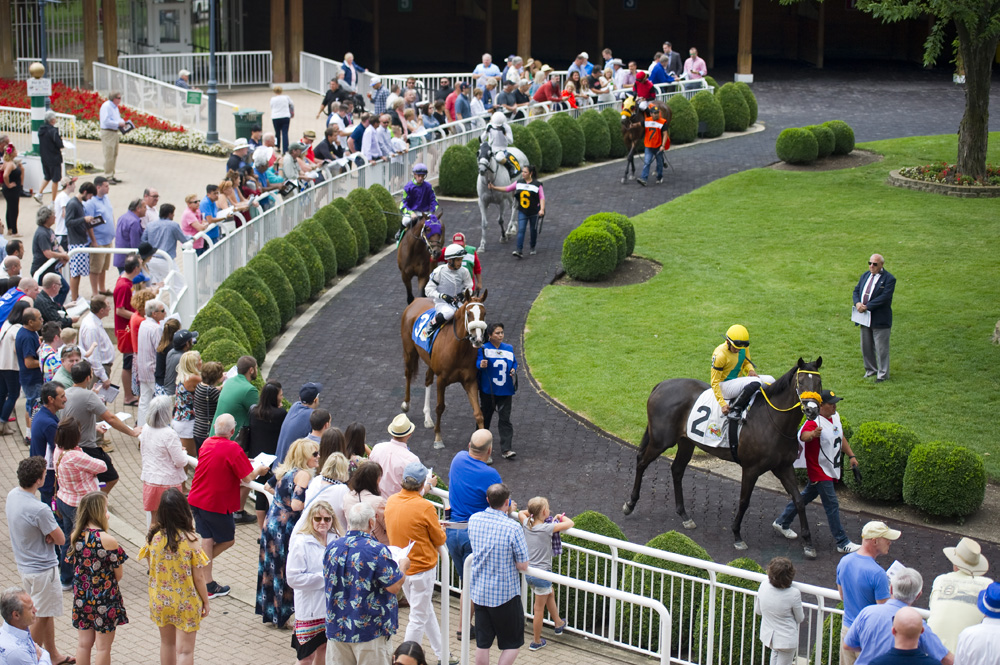 After four months of no public action by the Illinois Racing Board (IRB) since Churchill Downs, Inc. (CDI), announced its polarizing intention to sell Arlington International Racecourse for “non-horse racing” purposes, IRB chairman Daniel Beiser disclosed just before the end of Tuesday's meeting that the IRB will only now begin the process of reaching out to the gaming corporation to try and get a clearer understanding of what is likely to happen to suburban Chicago's landmark Thoroughbred track, which faces potential permanent closure at the end of this season.

But Beiser said that discussion with CDI won't happen at an open, public meeting at which stakeholders can listen to sworn testimony and commissioners can ask questions about the potentially devastating blow to Illinois racing.

Instead, Beiser explained, he is asking the IRB's executive director, Domenic DiCera, to set up a private phone call “in the near term” with CDI that will include only those two IRB officials and whichever representative(s) CDI makes available.

“Hopefully it will become a reality soon.” Beiser said, seemingly indicating it's not a certainty CDI officials will agree to participate.

“Two things I want to be able to accomplish by that [call],” Beiser said. “Number one is I want to reiterate and explain to them how much this uncertainty is impacting the men, women of the horse racing industry moving forward…. The last two years have been unbearable for these men and women and their future.

“The other thing I would like to find out–as much as they'd like to divulge–[is] what's going to happen in the near term and in the long term regarding this whole process?” Beiser said.

Beiser said it was only on Monday–the day prior to the June 22 meeting–that he finally directed the IRB's executive director to initiate contact with the gaming corporation. CDI had announced its intention to sell Arlington back on Feb. 23.

“This is the proper time now to make that contact,” Beiser explained. “Prior to this, the bidding process was open and was ongoing. That has come to a conclusion. And now, from what we've been told in the past, their decision is going to be made sometime in the third quarter. But we would like to try to, again, ask them to please bring some conclusion to this that would allow for people to plan for their future.”

Beiser said he'd like CDI to accede to some form of “hopeful accommodation” that would help to preserve the linchpin track of the Illinois Thoroughbred circuit, although he did not elaborate and spoke only in general terms about what might be discussed in that private phone call.

“Once we've made that contact, I will reach out to commissioners to let them know what went on…as soon as that phone call, hopefully, is completed,” Beiser said.

The IRB has now held three teleconference meetings since Arlington was officially put up for sale. Yet instead of addressing head-on the prospect of the region's signature track vanishing or proposing ways in which regulators might help to salvage racing at Arlington under new ownership, the IRB has treated the most pressing Illinois racing issue in decades as the proverbial “elephant in the room” by almost entirely avoiding the subject during open, public sessions.

Only one commissioner, Alan Henry, has even brought up the topic at all, using the “commissioner comments” portion of the agenda during the last three monthly meetings to read into the record prepared statements seeking a “win-win” outcome for CDI, the racing community, and the state.

But up until Beiser's disclosure on Tuesday about the planned phone call, the entire nine-member board has reacted with silence and inaction regarding the Arlington sale each time Henry has spoken up.

Although CDI has stated it has received multiple bids on the 326-acre Arlington property, only two have been publicly disclosed by the bidding parties.

One, submitted by the track's former president, Roy Arnold, in partnership with a consortium of developers and investors, calls for the track's grandstand and track to remain in place, while a mid-size arena for a minor-league hockey team is constructed as part of a 60-acre entertainment district alongside a 300-unit housing development and 60 acres of industrial space. Racing would continue under the new ownership.

The other bid is from the Chicago Bears football team, which wants to build a new stadium and put up mixed-use development on the site, razing the racetrack to do so.

On June 21, officials for the village of Arlington Heights, where the track is located, voted unanimously to tweak some zoning rules to prohibit certain uses of that property, like for adult businesses, kiddie parks, funeral parlors and warehouses.

But according to a story in suburban Chicago's Daily Herald, Mayor Tom Hayes underscored at that Monday night meeting that the village does not control or own the property, and there's only so much it can do to impact the outcome of the sale.

“The ultimate decision will not be ours. Certainly we'll have some involvement in terms of uses down the road. But the proposals were not submitted to the village of Arlington Heights, but to Churchill Downs…. As I've said many times, and I think the board agrees, our goal is to put the property to its highest and best use for our community.”