Fountain of Youth Has A Little Something For Everyone 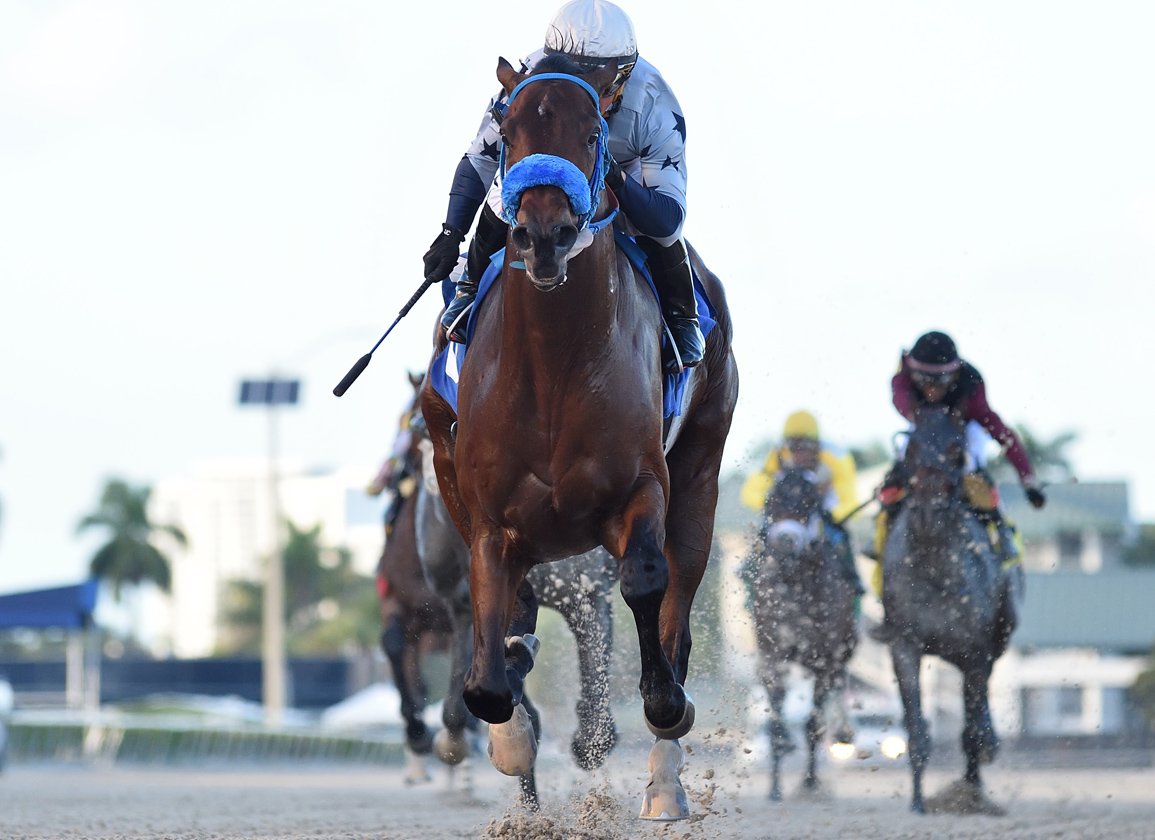 If variety is the spice of life, Saturday's GII Fasig-Tipton Fountain of Youth S. at Gulfstream Park is certain to set your taste buds on fire, as a legitimate case can be made for as many as seven of the 11 horses left in the final local lead-up for the GI Curlin Florida Derby in four weeks' time.

With the mid-week scratching of GII Remsen S. winner Mo Donegal (Uncle Mo), Fountain of Youth favoritism could fall to Simplification, one of three in the race by boom sire Not This Time that will line up alongside one another in gates two, three and four. Having broken his maiden against fellow Florida-breds by nearly 17 lengths last October, the bay wired the field in the Jan. 1 Mucho Macho Man S. by a convincing four lengths going a mile, but was unprepared for the start of the Feb. 5 GIII Holy Bull S. last time and was ridden quietly by Javier Castellano. Despite a wide passage, he ran on bravely and just held off Mo Donegal for second while covering 37 more feet (about 3 3/4 lengths) more than the victorious White Abarrio (Race Day). His new-found versatility could serve him well in a race that maps above par on paper.

“The bad news in his last race, he didn't win. The good news, we know he can run from behind and run in the front,” said trainer Antonio Sano, who won the 2017 renewal with Gunnevera (Dialed In). “Each day, he is a more serious horse. Maybe before he was a little green, but right now, he has more concentration.”

He figures to need his very best against some high-class rivals. Rattle N Roll (Connect) makes his first start since a visually impressive, but modestly rated victory in the GI Claiborne Breeders' Futurity at Keeneland Oct. 9. The $210,000 Keeneland September graduate was forced to miss the Breeders' Cup, but has been training well over this strip. His five-furlong breeze in :58 3/5 Feb. 26 was one tick slower than the time recorded by Howling Time (Not This Time), and whatever he does here, should come on for the effort.

“He's a beautiful horse to be around. He's a bit of a set-up horse,” commented trainer Kenny McPeek, who has never won this race despite his considerable success with 3-year-olds. “He needs pace in front of him. That's out of our control, but we're looking to get two races into him before Kentucky and go from there.”

The last of the Not This Time troika is the highly progressive In Due Time, who crushed the heavily backed Todd Pletcher duo of 'TDN Rising Star' American Icon (Gun Runner) and Iron Works (Distorted Humor) by 5 3/4-lengths in a first-level allowance going the one-turn mile Feb. 4. The 92 Beyer assigned to the Kelly Breen trainee is the joint-highest in Saturday's field and fastest going eight furlongs and beyond.

Another horse on the come is 'TDN Rising Star' Emmanuel (More Than Ready), who looks for his third win in as many appearances in his graded stakes debut. While not beating much when graduating by 6 3/4 front-running lengths going the mile here Dec. 11–his nine beaten rivals are since 1-15 with several class droppers–he did it the right way and backed up the performance in no uncertain terms with a smooth Tampa allowance score Jan. 30 around two turns in which he controlled the pace and kicked home smartly in the final furlong.

High Oak (Gormley) upset last year's GII Saratoga Special S., soundly defeating Gunite (Gun Runner) in the process, but was better than nine lengths adrift of that one when last seen in the GI Hopeful S. Sept. 6. A recent Payson bullet could see him on or near the front. Markhamian (Social Inclusion) is also likely to be ridden for speed from his rail draw and tries a route of ground off a 2 1/2-length victory in the Jan. 15 Pasco S. at Tampa. Dean Delivers (Cajun Breeze), the GIII Swale S. runner-up whose three losses have come by one length combined, could also be forwardly placed, but may be up against it if a fast pace materializes.

The Fountain of Youth is last of seven races that will be carried live on CNBC beginning at 4 p.m. ET as part of the '1/ST Saturday' Triple Crown series from Gulfstream and Santa Anita.