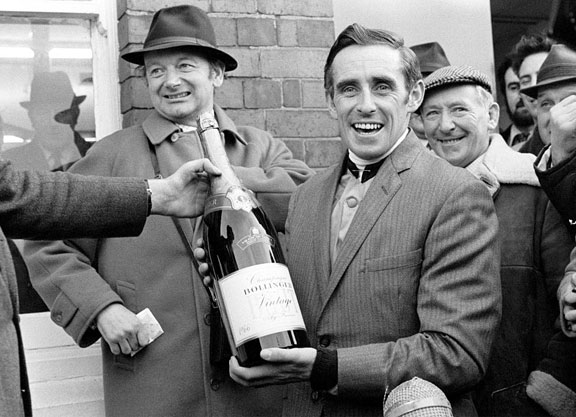 Stan Mellor, who was the first jumps jockey to ride 1,000 winners, has died aged 83.

Mellor retired from the saddle in 1972 after riding 1,034 winners and went on to a successful training career with jumps and flat horses, training more than 700 winners.

Brough Scott, who started as an amateur rider when Mellor was in his prime and has since gone on to a career in sports writing and broadcasting, paid tribute to his former colleague, saying, “He was a pioneer and a mentor, and a worker for other people. But he was a brilliant, brilliant champion jockey–the ultimate brain over brawn. He could do things others couldn’t–people have a particular shot they can play in cricket, or a move at football. Stan Mellor, wow. He was amazing.

“His particular thing, over fences–to do with his show-jumping background–he would wind a horse up and launch it at the last fence with a rhythm and power that would be a match-winning leap. They never missed–he had it down to a tee, and when he wound them up like that, he knew what he had beneath him, and he timed it for an unbelievable match-winning blow. It was absolutely extraordinary, a byword–no one else did it like that.”

“He did more for jockeys than anyone else has ever done, or ever will,” he said. “At the time when jockeys were only just getting themselves organised, he was the pioneer for everything; new helmets, backpads, concrete posts, insurance. The Jockeys’ Association had only just started, but he’d be the brightest person at the meeting with the head of Levy Board and such.

“He was very, very good at training youngsters. He always wanted to share his knowledge–he was a tremendous person to go and talk to. I’ll rejoice in his life, although it’s infinitely sad to think of him not being there any more.”