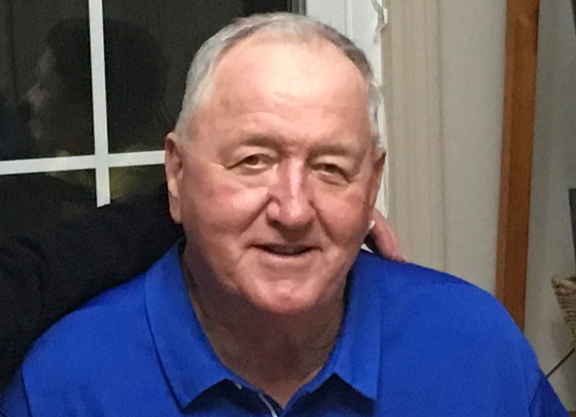 Surrounded by his family, Larry Wayne Richardson passed away at his Lexington, Kentucky home Jan. 13. He was 75. The Maryland native is survived by his wife of 50 years, Marilyn Richardson; his sons Justin (Jessica) and Cody (Daisy); and grandchildren, Rowlin, Reed, Annslee and Tate.

The son of the late J.D. and Margaret Richardson, Larry Richardson had extensive experience in the cattle and Quarter Horse industries prior to moving his family to Lexington in 1982 as General Manager of Nelson Bunker Hunt's Bluegrass Farm.
“Mr. Bunker Hunt wanted to breed 400 mares a year-unheard of at the time–and dad, who had a background in ranching, was well accustomed to breeding thousands of head of cattle a year,” explained Richardson's son, Cody. “It was a bit of a culture shock for dad, going from a ranching background to a global Thoroughbred operation, but he took to it like a duck to water. The greatest times in his life were spent in the Thoroughbred business.”

Subsequent to the dispersal of Bunker Hunt's Thoroughbred holdings in 1988, Richardson went on to establish multiple racing syndicates and other bloodstock ventures. He most recently held the position of business development manager at Tufco Flooring.
“Even though he left the Thoroughbred industry and got into other businesses about five years ago, he was still very much a lover of the game,” said Cody. “He loved to bet the horses and really enjoyed the industry.”

Among those in racing who Richardson left a lasting impression on is trainer Todd Pletcher, who became acquainted with Richardson via his own father, Jake, who trained for Bluegrass Farm and became friends with the general manager during their respective tenures with Bunker Hunt's operation.

“He was a great man,” said Pletcher. “He had a lot of skills with horses and he was an all-around great guy. He was always in a good mood, always laughing. He was a happy guy that really seemed to enjoy life. He'll be missed.”