For Irish Shipper Cadillac, Saratoga is a Perfect Fit 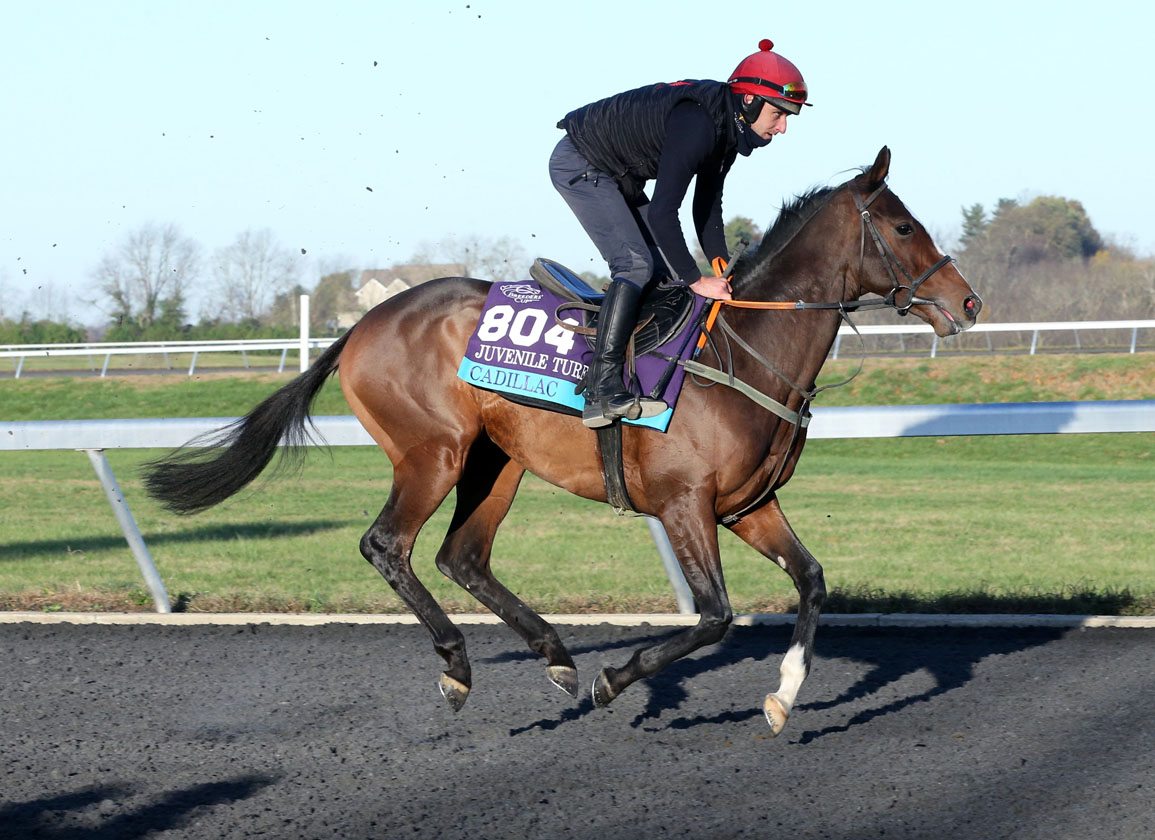 With their horse coming off a win in a Group 3 stakes race, the connections of Cadillac (Ire) (Lope de Vega {Ire}) could have easily pointed their horse to some of the major stakes remaining on the European calendar. Instead, the 3-year-old colt will be in Saratoga Saturday for the GI Saratoga Derby Invitational. With so many lucrative opportunities available, it is growing increasingly difficult for European stables to ignore a stakes schedule laden with rich, winnable races.

“This is a very valuable race, it's a Grade I and it fit into Cadillac's program,” said Richie Galway, the racing manager for trainer Jessica Harrington. “He was obviously there at the Breeders' Cup in November, so we know that he travels. The American turf program is becoming more popular with European trainers and it is improving all the time. This sport that we are all involved in is really a global sport and is becoming more global every day. You have to look outside of what we race in here in Ireland and in Europe.”

In 2018, Harrington set up a syndicate, Alpha Racing, and set out to build up the stable with yearling purchases. Galway said that Cadillac was one of eight yearlings bought in 2019 by Alpha. Though by the star sire Lope de Vega, Alpha was bought for the equivalent of $43,597 at the Goffs Orby Yearling Sale. It didn't take him long to establish himself. He broke his maiden in his first career race by nine lengths and, two starts later, won the G3 KPMG Champions Juvenile S. at Leopardstown. After a defeat at Newmarket, he shipped to Keenleand, where he was fourth in the GI Breeders' Cup Juvenile Turf.

“Cadillac is Alpha's flagship horse,” Galway said. “From a €40,000 yearling at Goffs Orby we have a horse to compete in a Grade I, $1-million race in Saratoga. It's dream stuff.”

Before she got into racing, Harrington, 74, was one of Ireland's top three-day event riders and competed in the Olympics. She turned to training in 1989 and enjoyed much success as a steeplechase trainer, winning the Cheltenham Gold Cup in 2017. She still trains jumpers, but has added flat horses to her stable. One of her first top horses on the flat was Pathfork (Distorted Humor), the winner of the 2010 G1 Vincent O'Brien National S. Pathfork shipped to Santa Anita for the 2012 GII Arcadia S., where he was sixth. Harrington is winless in the U.S. from six tries. Harrington also campaigned Alpha Centauri (Ire) (Mastercraftsman {Ire}), the winner of four Group 1 races, including the 2018 G1 Tattersalls Irish 1000 Guineas.

Galway said that Irish racing has been slow to adopt racing partnerships, and Harrington took advantage of what she saw as an opportunity. Alpha Racing was born.

“Partnerships and syndications are becoming the most popular form of horse ownership,” Galway said. “In Ireland, we were slower to catch on to. We developed Alpha from that concept. It allows people the opportunity to get involved in horse ownership at a relatively modest investment level with the potential of landing on a superstar. We spread the risk and give the partners lots of action. It is really about spreading the risk, trying to be commercial about how we run the partnership and having a lot of fun along the way. When you buy a yearling at a modest level like that, it's hard to imagine you could end up running at Saratoga in a $1 million race at an iconic track, going there with a chance. We are hugely excited. Cadillac has proven those horses are out there, if you're willing to spread your risk and buy some horses.”

After the Breeders' Cup, Cadillac was given a break and made his 3-year-old debut in the G3 ARM Holding International S. at The Curragh, which he won by a nose. Galway said that after that win, the option that made the most sense was to come to Saratoga.

“It's not that we are passing any races in Europe,” he said. “It's more that this race is an ideal opportunity for him to run against his own age group. It's a good opportunity to put Cadillac in the shop window in Saratoga.”

Though it sometimes seems that European grass horses are better than American grass runners, Galway understands that the Saratoga Derby will be anything but an easy spot.

“As we saw in his last race, he's a tough and tenacious horse,” Galway said. “This will be his toughest task to date. It looks like a very deep race. No matter where you run when you run for $1 million in a Group 1, whether it's Ireland, the UK or the U.S. or anywhere else, you're going to be taking on some serious opponents. At this level, there's no such thing as a soft spot.”