Home » Archive » Shared News » For Arlington, The End Is Here

For Arlington, The End Is Here 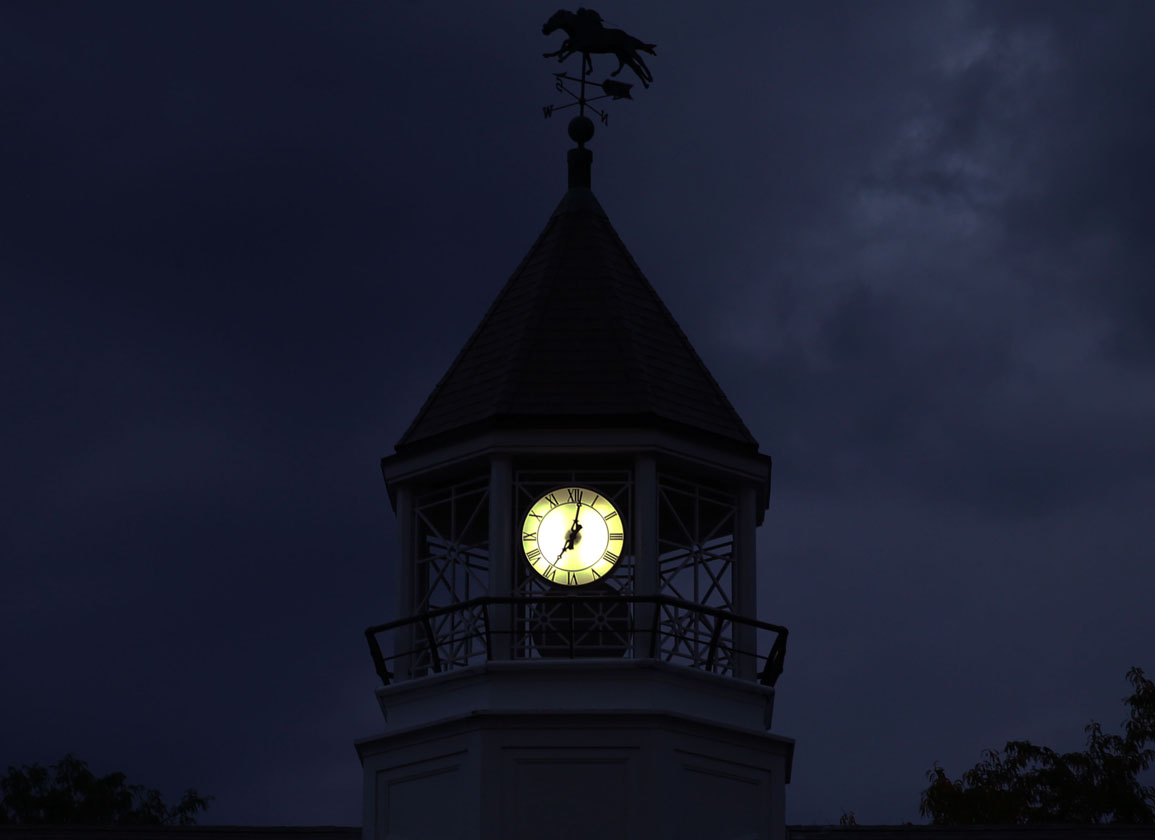 Time runs out on Arlington this weekend | Coady

The ninth race Saturday at Arlington is scheduled to go off at 6:12 p.m. Central Time and that will be it. Barring an 11th-hour miracle, the plug will be pulled by Churchill Downs and the wrecking ball will soon be on its way. Considered one of the most beautiful tracks in the world and an important part of American racing since opening in 1927, Arlington Park will run its last-ever card Saturday.

On the racetrack, it figures to be a quiet afternoon. At the same track that has played host to Secretariat, Citation, Dr. Fager, John Henry and has been the site of the Grade I Arlington Million, the sport's first ever $1-million race, and a Breeders' Cup, the richest races of the day will be a pair of $40,000 allowance races.

“The mood here is one of  sheer depression,” said trainer Mike Campbell, who is the president of the Illinois Thoroughbred Horsemen's Association. “This is as ugly as it gets. Churchill is so tone deaf that they are actually going to have fireworks on Saturday night after the races. More so than anything, that shows how tone deaf they are.”

The beginning of the end began in September 2019 when Churchill Downs declined to apply for a casino license for Arlington. The company committed to only two more years of racing at the suburban Chicago track.

That stunned horsemen, who had been led to believe that Churchill was on board when it came to opening a casino at Arlington, which would have guaranteed the track's future. Conventional wisdom is that Churchill does not want a casino at Arlington because it would compete with a highly successful gaming facility it owns in nearby Des Plaines, Illinois. The next step was Churchill announcing that the track was being put up for sale. The list of potential buyers includes a partnership led by former Arlington president Roy Arnold that wants to preserve racing, but it appears highly unlikely Churchill will sell to that group.

“It's corporate greed. That's all it is,” said trainer Michele Boyce, who has two entered for Saturday. “Churchill is obviously worried about making money for their shareholders, which they have done a very good job of.  Somewhere along the line, though, you've got to have a little bit of compassion too, for history and for people and for the traditions a place like Arlington has. To see racing in Chicago reduced to basically nothing is downright cruel.”

“Churchill Downs wants to own casinos,” said leading trainer Larry Rivelli. “It's a lot more lucrative to own a casino than a racetrack. It's just unfortunate because they had the opportunity to open a casino here and they passed on it. That's why everyone is so angry. They lobbied for it for 20 years and in the end they said no.”

Thoroughbred racing moves to Hawthorne Oct. 8, the first day of a meet that will run through Dec. 27. Hawthorne has been given the green light to build a casino and is in no danger of closing. The problem is that it is the only racing facility left in the Chicago area and is required to divide its dates between Thoroughbred and Standardbred racing. There will be two Thoroughbred meets at Hawthorne next year, one that covers April, May and June and another that will be held in October, November and December. The Standardbreds will have the July, August and September dates, leaving a huge hole in the thoroughbred racing schedule.

For Rivelli, that's not a huge problem. He has a large stable and plenty of quality horses. He plans on having a division next year in Kentucky. But there are plenty of Illinois-based trainers who don't have the quality or quantity to pull something like that off.

“There are trainers here who are just sick about what is happening,” Campbell said. “There has been a gamut of emotions. I've got people who don't know how they are going to make a living. They don't know where they are going to go. The majority of the horsemen here are local guys who don't really have the quality to go somewhere else. They don't have that many options. We have trainers and owners here who are just ready to give up. This is going to take a terrible toll on the ranks of horse ownership.”

Boyce has already decided to move her operation to Indiana Grand. She will ship to Hawthorne on occasion, but says the truncated racing season next year in Illinois does not work for her. She doesn't see how a circuit can possibly make it when there is no racing during three keys months of the summer.

“It's not going to work until they can open up a new harness track,” she said. “I'm ready to sell my home and go elsewhere. The only thing that will save Illinois racing is if they can create a situation where both breeds can have their own track and have what they need. It's not shaping up that way right now. With the way things are, it's very hard to see a future in Illinois racing.”

Campbell and the horsemen have worked tirelessly to find a solution for Illinois's racing's problems. He said he is holding out some hope, only because the Arnold bid has yet to be formally rejected. But he's practical enough to know that there is very little hope and that 94 years after it opened Arlington is done.

When Arlington opened on Oct. 13, 1927, the Daily Herald called it “America's Greatest Race Course.” The weather was cold and the wind was biting but 20,000 fans showed up that day to welcome in Chicago's newest racetrack. The crowd was there to celebrate. That won't be the case Saturday. You don't celebrate at a funeral.