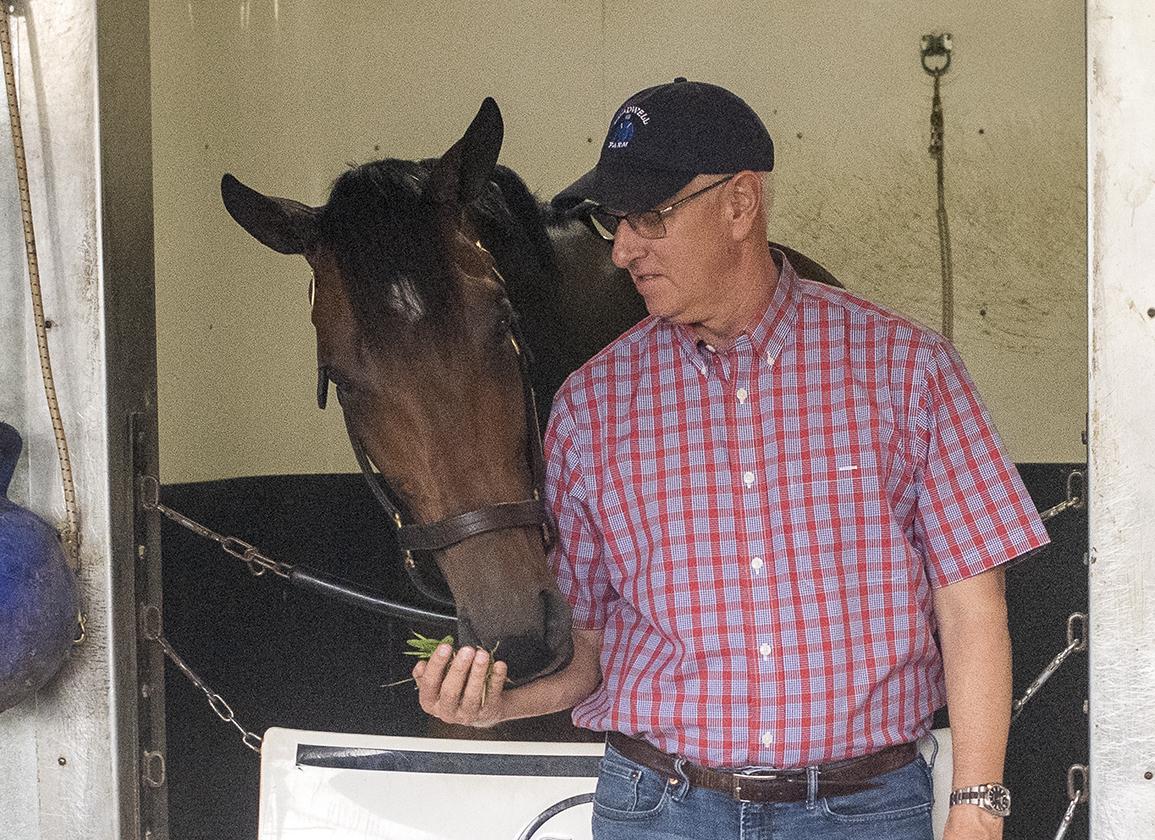 “I haven't really talked to the ownership group about it too much, but both of our Travers winners went through the Jim Dandy,” Mo Donegal's trainer Todd Pletcher said Sunday. “So to me, if he has a prep between now and the Travers, that would make the most sense.”

The GII Jim Dandy will be run July 31 at Saratoga.

Nest (Curlin), runner-up in both the GI Kentucky Oaks and the Belmont S., will also have Saratoga targets this summer, Pletcher said.

“I thought she ran great,” Pletcher said of the filly. “We'll target the [Aug. 20 GI] Alabama and decide if we want to target the [July 23 GI] Coaching Club before that or not. I think she solidified what we already felt going into the Kentucky Oaks. Everyone talked about it being one of the deeper Oaks in a while. I think that Nest showed that to be the case yesterday.”

“That's an honor,” Pletcher said of the tie. “I consider him to be the best of all time, so that's pretty cool.”

Eric Reed, trainer of Rich Strike, said the Derby winner exited Saturday's race in fine shape and he is looking forward to cutting back in distance for the 1 1/4-mile Travers.

“We were going there [to the Travers] win, lose or draw,” Reed said. “We're going to give him a little rest and that's a mile and a quarter and there'll be plenty of speed. The track will play to his liking and we'll run another bang-up race. I have no doubt about that. We'll give him three or four easy weeks and then start training him up to the Travers. He'll train in Kentucky and train [at Saratoga] a little.”