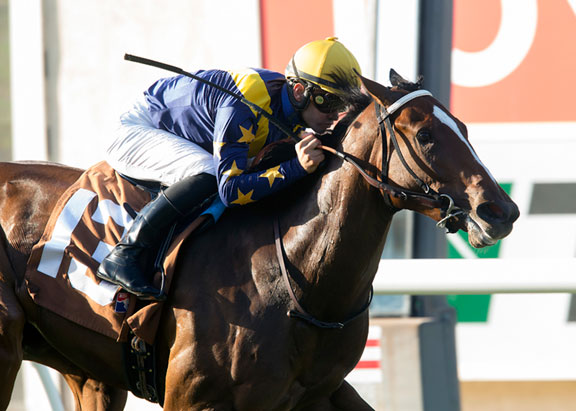 The National Museum of Racing and Hall of Fame’s Foal Patrol, a one-of-a-kind collection of live cameras following the daily activities of in-foal mares, will return for season two in late December after a successful inaugural run.

LNJ Foxwoods’s With Honors (War Front) will headline the roster of featured horses for the season, which will debut online at foalpatrol.com. A granddaughter of champion Dreaming of Anna, the bay captured the Del Mar Juvenile Fillies Turf S. in the summer of 2016 and was runner-up in that fall’s GI Chandelier S. at Santa Anita before closing her career with a third in the GIII Jimmy Durante S. back at Del Mar. With Honors is in foal to Tapit with an estimated foaling date of Feb. 25, 2019. Three Chimneys Farm’s Love and Pride (A.P. Indy), Old Tavern Farm’s Comme Chez Soi (Empire Maker) and Edition Farm’s Hot City Girl (City Zip) will also be featured, and four more horses will be announced weekly during the next month.

The first season of Foal Patrol had more than 1.6 million views from December 2017 through September 2018.