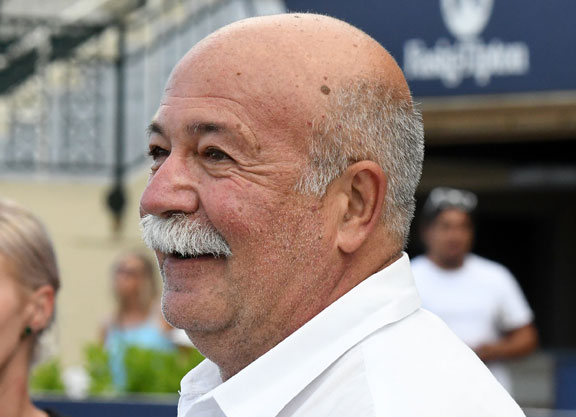 Florida-based trainer Alfredo Lichoa is among five people who have been arrested afer a money-laundering investigation that was conducted by the U.S. Attorney for the Southern District of New York, the same agency that has indicted 27 people as part of a horse-doping ring. Lichoa and the others were arrested Mar. 9, the same day the FBI rounded up Jason Servis, Jorge Navarro and 25 others indicted for their alleged role in treating racehorses with performance-enhancing drugs.

The money-laundering story was first reported by Paulick Report.

Lichoa, a native of Venezuela, started training in 2018 and has a lifetime record of 24-for-410. He is 1-for-51 in 2020. He has previously worked in the horse racing industry as a veterinarian and a farm manager, including stints as the general manager of Northwest Stud and as the stallion manager at Hartley/De Renzo Thoroughbreds.

Also charged was Isaac Schachtel, a licensed Thoroughbred owner who has not had a starter since 2010.

The defendants were allegedly accepting bribes from crooked Brazilian politicians and were also profiting from the sale of narcotics and the running of an illegal gambling operation.

Between Nov. 15, 2019 and Jan. 15, 2020, Schachtel had discussions with an undercover agent in which he described a system whereby money could be laundered through the horsemen’s accounts of Thoroughbred trainers in the Miami area. According to the testimony of an FBI agent, the money could be laundered “through the rapid resale of a racehorse or through consistent winnings on the basis of particular racehorses’ success.” Schachtel also claimed that the undercover agent’s money would be safe with Lichoa because of his “systematic administration of illicit performance-enhancing drugs to the racehorse under his control.”

During a Feb. 11, 2020 meeting that included Schachtel, Lichoa and two undercover agents, the agent is said to have provided Lichoa and Schachtel with $50,000 in cash. Lichoa later told the agents that the $50,000 had been deposited in his horsemen’s account for the “purpose of purchasing a racehorse in furtherance of the laundering scheme.”

“I just started training in May of last year,” Lichoa told the Gulfstream media department in July, 2019. “I always paid attention to the training and one day I decided to do it.”