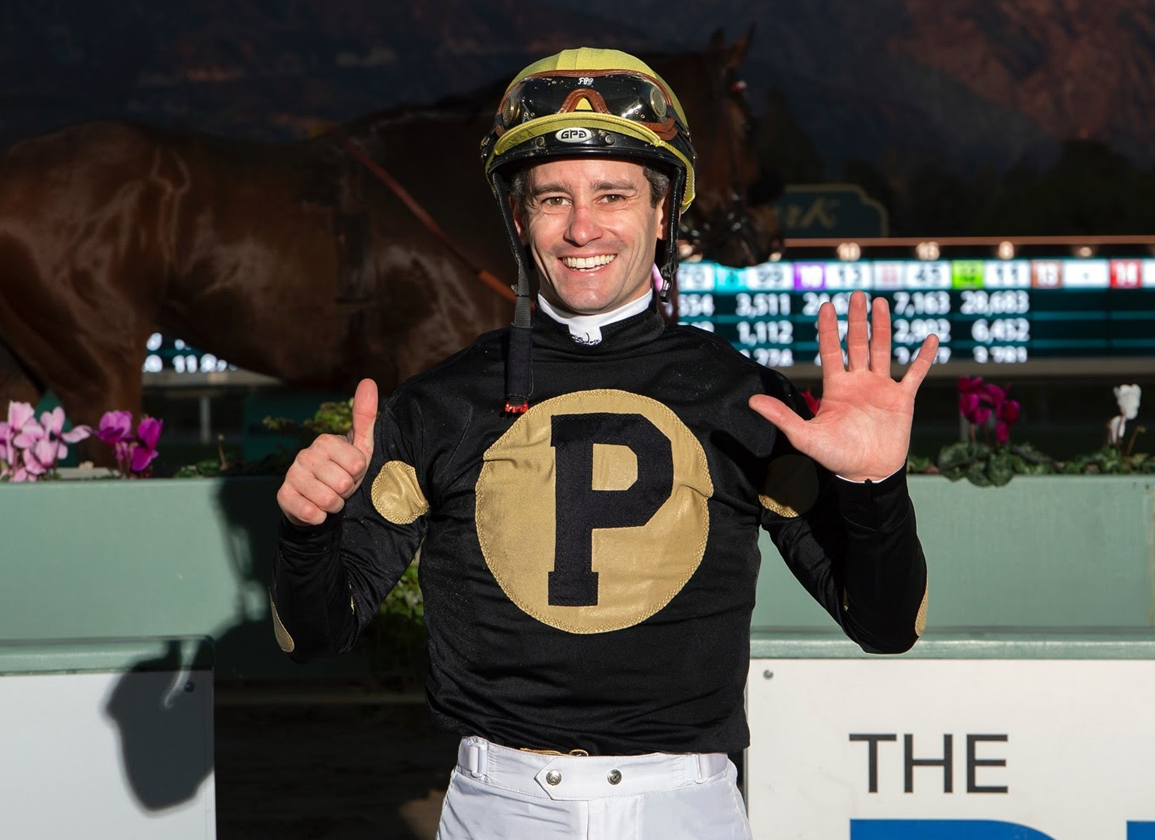 Saturday at Santa Anita, Flavien Prat, the perennial leading rider in California, racked up six wins and didn't finish worse than second on any of the day's mounts. It was the third time in the past year that Prat has won a half-dozen races at the Arcadia oval; in the previous 30 years, it only happened twice altogether. With that backdrop, Prat joined the TDN Writers' Room presented by Keeneland Tuesday as the Green Group Guest of the Week to discuss his star turn since coming over from his native France, what it feels like to ride superstar Flightline (Tapit), whether he would consider a move to riding in New York and more.

“He's just a great, great animal,” Prat said of scintillating runaway GI Runhappy Malibu S. winner Flightline. “Really athletic, powerful, he has about everything you want in a runner. It seems like he has stamina as well. It's a pleasure to ride him. I try to enjoy every moment. You never know what the future could bring for him. The sky's the limit.”

Asked if it feels like he's going faster aboard Flightline than other horses, Prat said it's actually the opposite, “because it's like driving a car. When you're driving a good car and you're on the freeway going 80 miles an hour, it feels like you're going slow, right? With good horses, it's pretty much the same because it's so effortless.”

Elsewhere on the show, which is also sponsored by Coolmore, Hill 'n' Dale, Three Chimneys, Lane's End, West Point Thoroughbreds, XBTV, the Kentucky Thoroughbred Owners and Breeders, the Minnesota Thoroughbred Association and Legacy Bloodstock, the writers reacted to the news of USADA not reaching a deal with to handle drug policy and enforcement for the Horseracing Integrity and Safety Act, bid a not so pleasant farewell to Jorge Navarro and debated where Flightline stacks up with the great talents of the past 50 years. Click here to watch the podcast; click here for the audio-only version or find it on Apple Podcasts or Spotify.