Flaming Rib A Stakes First For Ribchester At Doncaster 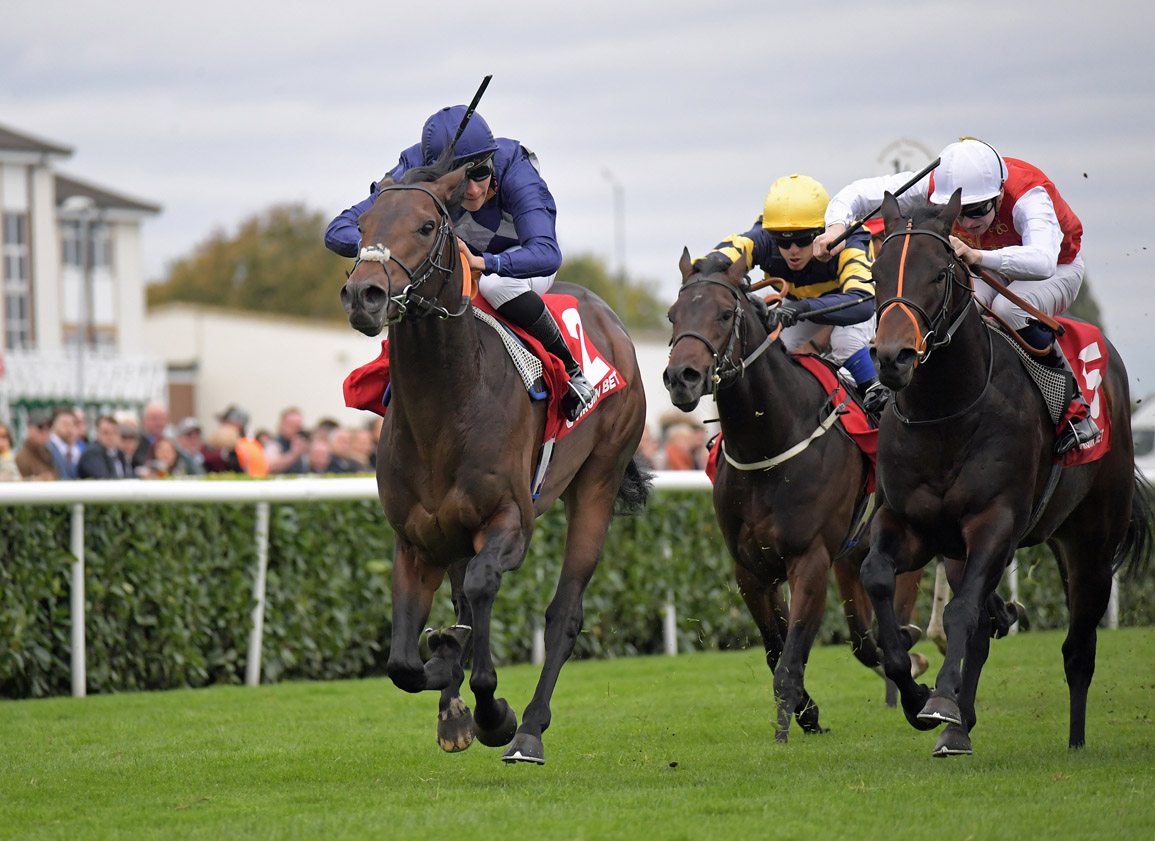 Flaming Rib bagged a trio of nursery handicaps–at Thirsk, York and Chester–in his three most recent outings and continued on an upward trajectory with a first black-type triumph in this straight dash. The 13-8 second choice was sharply into stride and claimed an immediate lead. Holding sway throughout, he was not for catching once stoked up passing the quarter-mile marker and ran on strongly under a late drive to comfortably hold Deodar by a length for a career high, becoming the first black-type winner for his freshman sire (by Iffraaj {GB}).

“He's been great and has won four on the bounce now,” said assistant trainer Colin Gorman. “He's been straightforward and has improved as the year has gone on. He's rated 108 now and it takes a fair bit to get a 2-year-old to that rating. He's very tough and, as [jockey] Pierre-Louis [Jamin] said after the Chester run, he manages to pick up twice in a race. In our book, the horses that do that are good horses. He puts his head down and battles it out as well. He will get seven furlongs, but I don't know if we need to [step up in trip] as he does it well as it is. I'd say that will be it for the year and he could be a Commonwealth Cup horse [next year].”