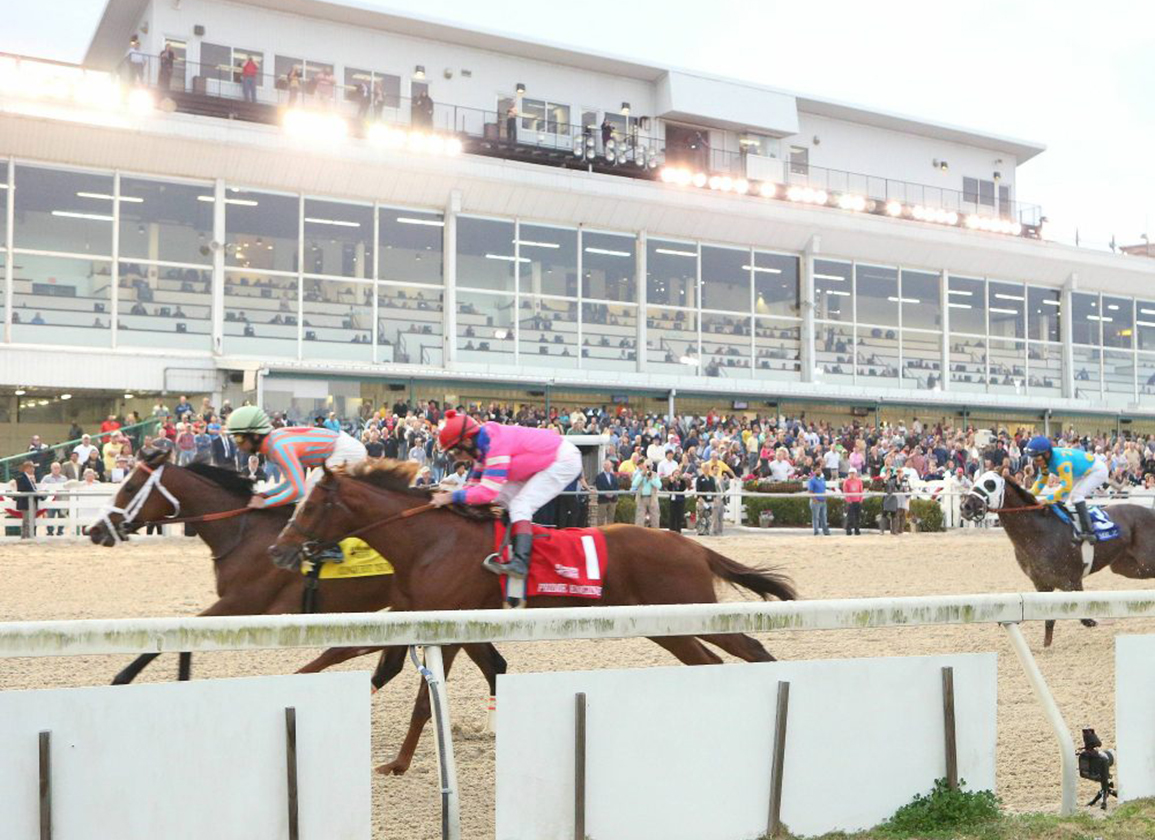 A new lighting system at Delta Downs that was only operational for three races on the first night of the season back in October and has been repeatedly tweaked since then might not end up being deemed safe or usable for racing by the time the current Thoroughbred meet ends Mar. 5.

Ironically, after more than three months of debate over alleged shadows and perceived inconsistencies with how the patterns fall on the racing surface, the lighting installer and a consulting firm retained by Delta are now trying to rectify the problem not by increasing candlepower, but by actually turning down the intensity of the lighting from about 90% of full illumination to around 60% on each of the poles around the six-furlong track.

“The jockeys are basically saying that there are lights that are very bright, and then it goes into shadows, which they're afraid that the horses will be spooked [by],” Steve Kuypers, Delta's vice president and general manager, told the Louisiana State Racing Commission (LSRC) during a Tuesday meeting.

“That's what is taking so long, is [because] they have to go pole by pole, light by light,” Kuypers said. “And they do this by flying a drone up so [it gives a picture of] the candle width or the candle light, so they can adjust light by light. So we're hoping in the next couple of weeks they will come with a full report to get the entire track to a candle light that is acceptable, and then we'll invite the jockeys over, let them ride, hopefully they will say it's okay.”

Delta's jockeys did not speak on the issue during the Jan. 18 meeting. But the last time the LSRC took up this issue, on Dec. 13, a lawyer for The Jockeys' Guild told commissioners there were “grave concerns” with the light-emitting diode (LED) system, which was necessitated by the old lights getting wrecked by a hurricane in August 2020.

One month ago, the jockeys' concerns about shadows were offset by an initial report issued by the lighting experts that had proclaimed the new Delta lights to be “tremendously better than the pre-hurricane lighting.”

Tuesday, commissioner Tom Calvert pressed Kuypers on why the fix was taking so long.

“This problem that we're having is difficult, because we were supposed to have Delta running at night and Fair Grounds running during the day,” Calvert said. “And now we have two of our major tracks competing against one another for the daytime patrons, and it's a bad situation. And we would like some expedition on behalf of your experts, and it doesn't seem like it would take a month to figure it out.”

By unanimous voice vote Tuesday, the LSRC extended permission for Delta to continue racing during daylight hours for another 60 days, a period of time that extends beyond the meet's closure in seven weeks.

The commission also mandated that Delta provide any new report authored by its lighting experts within 15 days. Delta can also come back before the LSRC at any time before or after then to request a switch back to night racing if jockeys end up okaying the most recent round of fixes to the lighting system.

Three races into the first night program of the season Oct. 15, a horse fell at the top of the stretch. Fueled by complaints from some jockeys and trainers that areas on the turns were dangerously dark and shadowy, the remainder of that card and the Oct. 16 program were cancelled. Delta, a longtime night-racing fixture, has raced only afternoons since then.