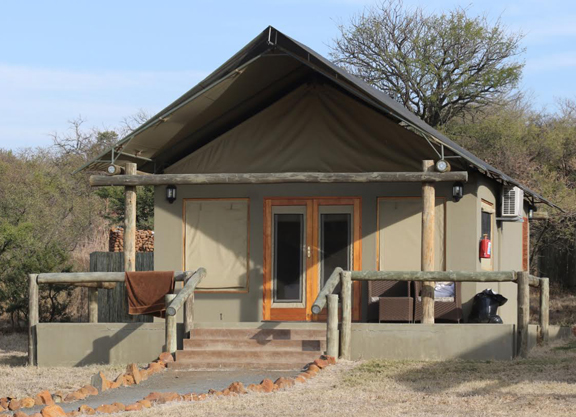 Earlier this week, I returned from a nine-day trip to South Africa to cover the G1 Durban July–the country's most prestigious race–and to gather material for an upcoming travel feature for the TDN Weekend. It wasn't just me there, of course. About a dozen international journalists were brought over by Gold Circle, the company that owns Greyville Race Course, where the July is held. After the races, we were treated to three days in “the bush,” the rural, undeveloped land often home to nature reserves, at a place called Springbok Lodge. It was my first time in South Africa, but I'm hopeful it will become an annual trek. To follow are five reasons why I think you'll like it, too.

Summerhill Stud
We didn't get a chance to see any stud farms in South Africa on this visit, save for a quick 2-hour visit to Mick Goss's Summerhill Stud on our way to the bush. But in those two hours, we were treated to a Zulu dance exhibition, sipped hot gluhwein (a mulled red wine), ate gourmet, passed hors d'oeuvres, were shown the farm's top young stallions and listened to Mick entertaining history of the property and his involvement with it. The farm is stunning, and includes a hotel called the Hartford House. When I come back to South Africa, I will stay here until my credit card gives out.

The Food
I will dedicate this space to talk only about the greatest thing I've experienced anywhere: biltong. Biltong is dried, cured meat, very similar to jerky, but, from what I've read, the production process is different. (Biltong drying involves vinegar; jerky drying doesn't). On our way back to the airport from Springbok, we stopped off at a roadside shop that sold the stuff. It looked like a butcher's shop, but in the back was a small room lined with rusty shelves. Hanging from these shelves, off plastic hooks, were dozens of huge biltong strips–there was spicy pepper and several other flavors. At this outpost, all the strips were beef (though there is also chicken, ostrich, fish and 'game' varieties). You choose your strip, then hand it over to an employee at the shop, who sends it through a chipper of sorts. The result is a smuggle-worthy snack worth the ire of U.S. Customs.

The Safaris
The safaris, at least the ones at Springbok Lodge, went like this: you gather with the other members of your group before daybreak, climb into an open-air Landcruiser, then head out along a series of dirt roads that criss-cross the 22,000-acre Nambiti game reserve. By the time you the sun creeps over the mountains in the distance, you're sitting a few feet from a lioness and her young daughters. Or from a curious giraffe. Or from a prehistoric-looking white rhino. Then you drive to some scenic vista and have coffee with Amarula (a cream liquor) and muffins. You return to the lodge, eat and then nap or read, and then regroup mid-afternoon. There are more giant creatures, including the elephant and the cantankerous black rhino. As the sun sets, you meet with several other groups and sip on gin and tonics, served in stainless steel cups, and munch on trail mix and jerky.

“It's Basically Free”
The South African economy is in rough shape. The rand has plummeted 30% in value over the past 18 months, and the unemployment rate is near 25%. That said, the country still has Africa's second-largest economy and is ranked as an upper-middle-income economy by the World Bank. Its infrastructure is excellent and getting around is easy. That makes South Africa a terrific, affordable place to visit. In Durban, we stayed at a perfectly nice 3 1/2-star hotel located right on the beach for about $125 a night. Even better is the deal at Springbok Lodge, a four-hour drive from Durban into the bush, where for the same price you get a luxury tent (It's silly to call these tents, really. It's a well-appointed cottage with a canvas roof, is all), plus three excellent meals, AND two 3-hour safari drives each day. I got a half-hour massage for $15. When I told someone later that massages there were “basically free” at that price, a young local overheard me and scoffed, “Well that's a lot of money for us.” Which put me in my place. But the South Africans want international visitors. I was talking to a nice couple at the airport, and the gentleman said, “We really need you Americans to come here; come and spend money and have a great time.” Do it. Make plans to come for next year's Durban July, and make time afterward for several days in the bush.

The Racing
It's been said before, but South Africa has done something extraordinary. It is a country far removed from the rest of the racing world and, fairly or not, is severely restricted from exporting its stock. Yet South Africa breeds top horses that have have enjoyed Group 1 success time and again on the international stage, all from annual foal crops of around 3,000. The horsemen here are astute, capable and always up for a tussle. As far as the racing experience goes, I attended only a single day–the Durban July–at a single track, but I loved the experience. Greyville was a melting pot of different races, nationalities (there was a huge Indian presence) and income levels, and the crowd was enthusiastic and knowledgeable. And the fashion on July day was worth the visit to Greyville alone. Since returning home, more of my friends, in racing and out, have commented on the fashion aspect of what I posted on social media than anything else.

In all, a big thanks to Liesl King and Rob Burnet, who helped organize the trip, and many thanks to all the South Africans we met who made it an incredibly journey.