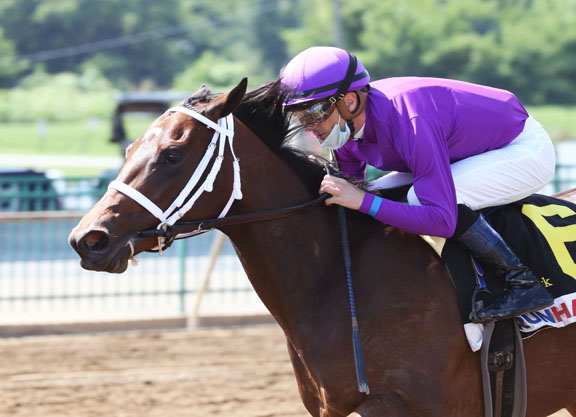 The 7-1 chance chased in second as Quick Munny (Munnings), drawn widest in post 10, sped through an opening quarter in :22.69. Inject, a $390,000 KEESEP yearling graduate, cruised up alongside that one at the top of the stretch and turned on the burners down the lane to graduate in style by six lengths over the pacesetter.

The final time for five furlongs was a very sharp :57.67.

Appealing Zophie, in foal to leading sire Tapit, brought $1.2 million from Barronstown Stud at the 2018 FTKNOV sale. She previously brought $1.1 million from Inject's breeder Len Riggio at the same sale in 2007.