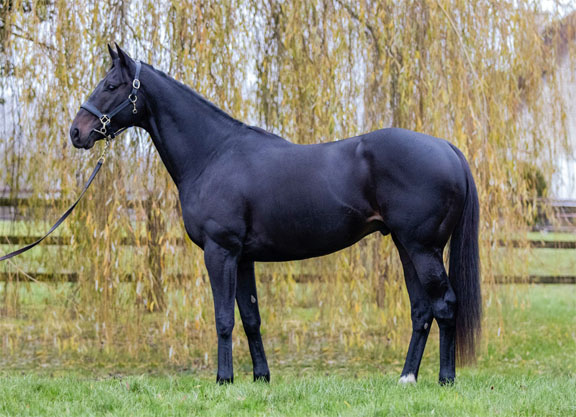 The first mare covered by Elarqam (GB) at Haras de Saint-Arnoult has been tested in foal. Calima Mon Amour (Fr) (Shirocco {Ger}), already the dam of the Group 3-placed and listed winner Mascha (Fr) (Le Havre {Ire}), has been scanned in foal on a single cover after delivering a foal by another young Saint-Arnoult stallion, Seabhac. She also has a yearling colt by Almanzor (Fr).

Stud owner Larissa Kneip said of Elarqam, “Bookings are still going on as we speak, so we're hoping to reach our 'target' of 100-plus mares by next month. Elarqam is so very professional in the covering shed, you would hardly believe he's a young sire doing his very first season. He's very calm, yet with good libido and an excellent technique, I've never had an easier young stallion to deal with.”