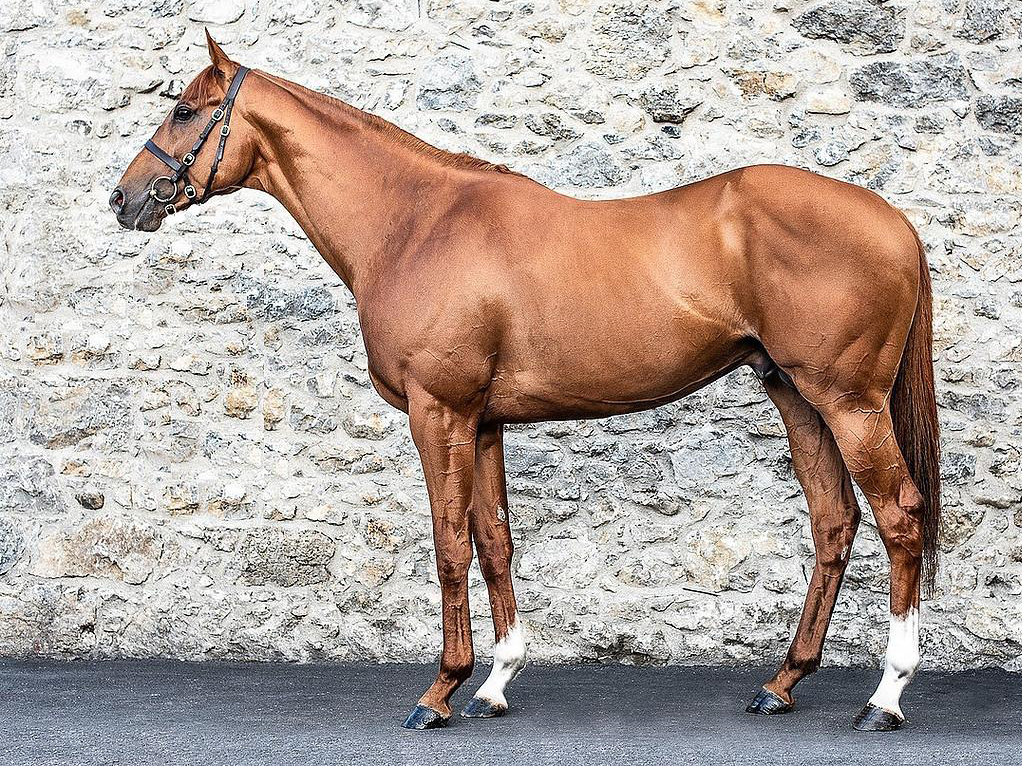 Coming off a five-furlong Doncaster novice win May 15, Al Shaqab Racing's Ebro River (Ire) gave his first-season sire Galileo Gold (GB) (Paco Boy {Ire}) a first black-type success with an impressive display in Thursday's Listed National S. at Sandown. Missing the break as he had done on his first two starts, the Hugo Palmer-trained chestnut who was one of his sire's more expensive yearlings when selling for 75,000gns at the Tattersalls October Yearling Sale Book 2 quickly recovered to track the pace against the rail. In front approaching the furlong pole, the 4-1 shot veered left across the track soon after but was firmly in command and after being straightened registered a 3 1/4-length success from the positively-ridden Little Earl (Ire) (Havana Gold {Ire}). “It was a little bit messy, but he's super-talented,” jockey James Doyle said. “He is tricky, there's no getting away from that, as he does have that trademark of just running around a bit when he gets there. He's got a good turn of foot and he can put himself in front quite quickly. I don't think six will be a problem.”

Trainer Hugo Palmer said, “He's looked very smart from the first day he came in. He's obviously still a bit babyish and has a few crinkles to iron out–how we do that, I'm not sure. I'm not sure which race at [Royal] Ascot yet, he wouldn't be able to give away four lengths in the Norfolk like he did tonight. He'll be fine on any ground and it isn't a surprise he's so precocious–Galileo Gold would have won at two in April if he had an owner, but I still had him. This horse will get a mile in time, but we'll gradually step him up as the season progresses. He's got some growing up to do.”

The dam, whose yearling filly is by Mehmas (Ire) and who also has a filly foal by Inns of Court (Ire), is a half to the Listed Flame of Tara S. third Key Rose (Ire) (Key of Luck) and to the dam of the G1 Diamond Jubilee S., G1 July Cup and G2 QIPCO British Champions Sprint S.-winning sire Slade Power (Ire) (Dutch Art {GB}).