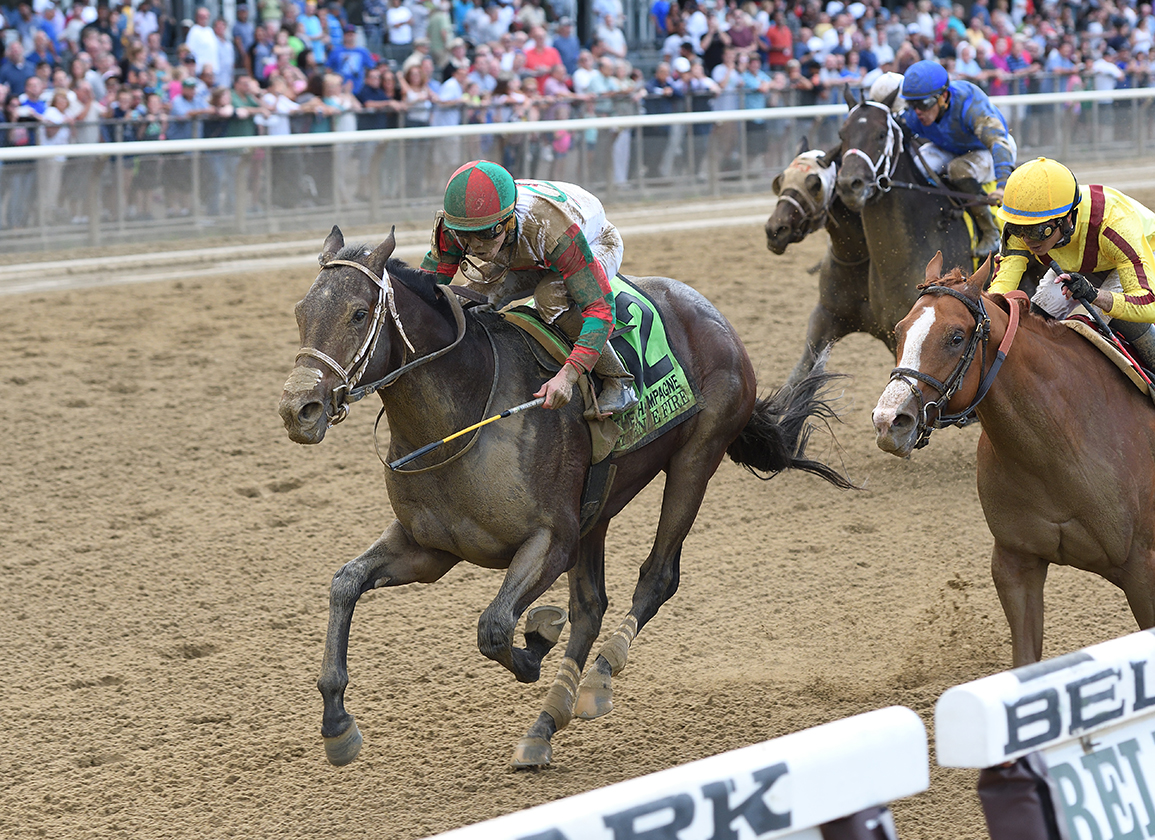 ANDIAMO A FIRENZE (Speightstown), a half-brother to Grade I-winning sprinter Firenze Fire (Poseidon's Warrior), debuts in this spot for trainer Kelly Breen. His older brother won a total of 13 black-type events for Breen and earned over $2.7 million. He is also a half-brother to stakes-placed Firenze Freedom (Istan). The Mr Amore Stable homebred has posted back-to-back bullet works at Belmont, going four furlongs from the gate May 12 in :47 3/5 (1/44) and five furlongs May 22 in 1:00 3/5 (1/12).  TJCIS PPs

GISW GUNITE (Gun Runner) makes his sophomore bow here for trainer Steve Asmussen after seven months on the sidelines. After placing second in the GII Saratoga Special S. Aug. 14, he captured the GI Hopeful S. at Saratoga Sept. 6 and was last seen finishing fifth in Belmont's GI Champagne S. Oct. 2. Bred and raced by Winchell Thoroughbreds, Gunite, who will receive Lasix for the first time here. Jockey Florent Geroux takes over the ride on Gunite from Ricardo Santana Jr. He faces GIII Lecomte S. winner Call Me Midnight (Midnight Lute), who gets first-time Lasix and a class break here after a poor effort in the GIII Stonestreet Lexington S. Apr. 16. took the GIII Lecomte S. on this year's Derby trail and who also gets Lasix for the first time following a poor effort when finishing ninth last time out in the GIII Lexington S. Apr. 16. TJCIS PPs