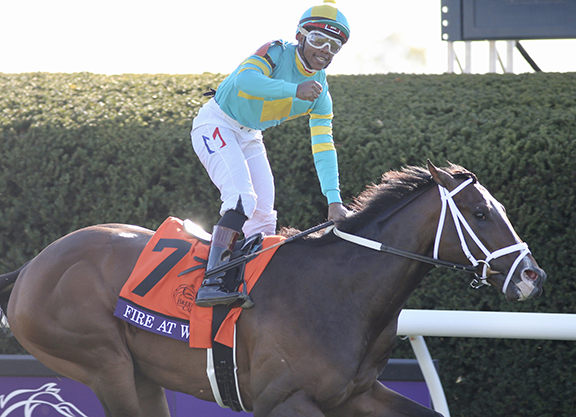 “He went super,” trainer Michael Maker said. “I think we're going to the Fountain of Youth.”

After finishing sixth on turf in his Aug. 8 debut at Saratoga, Fire At Will broke his maiden in the Sept. 2 rained-off With Anticipation S. over a sealed, sloppy main track at the Spa. He went back to turf to capture the Oct. 3 GII Pilgrim S. at Belmont prior to his 30-1 upset on the big stage at Keeneland.

“It looked like he handled [the dirt] well this morning,” Maker said. “He won on it at Saratoga, even though it was muddy and against a short field.”