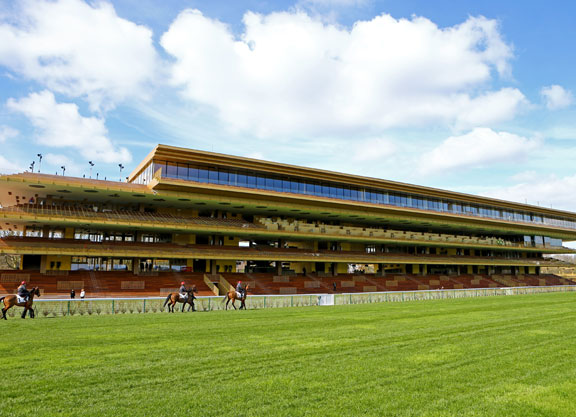 One race later on the stakes-laden card, in the €600,000 G1 Emirates Poule d'Essai des Poulains, 16 have been declared and Godolphin's GI Breeders' Cup Juvenile Turf hero Modern Games (Ire) (Dubawi {Ire}) will seek to provide Charlie Appleby with a breakthrough in the contest. He has drawn box four. Alongside in three is Jean-Claude Rouget trainee and TDN Rising Star Lassaut (Fr) (Almanzor {Fr}), six across from his G3 Prix de Fontainebleau-winning stablemate Welwal (GB) (Shalaa {Ire}) in nine.