Filly Is No 'Secret' In Arkansas Derby 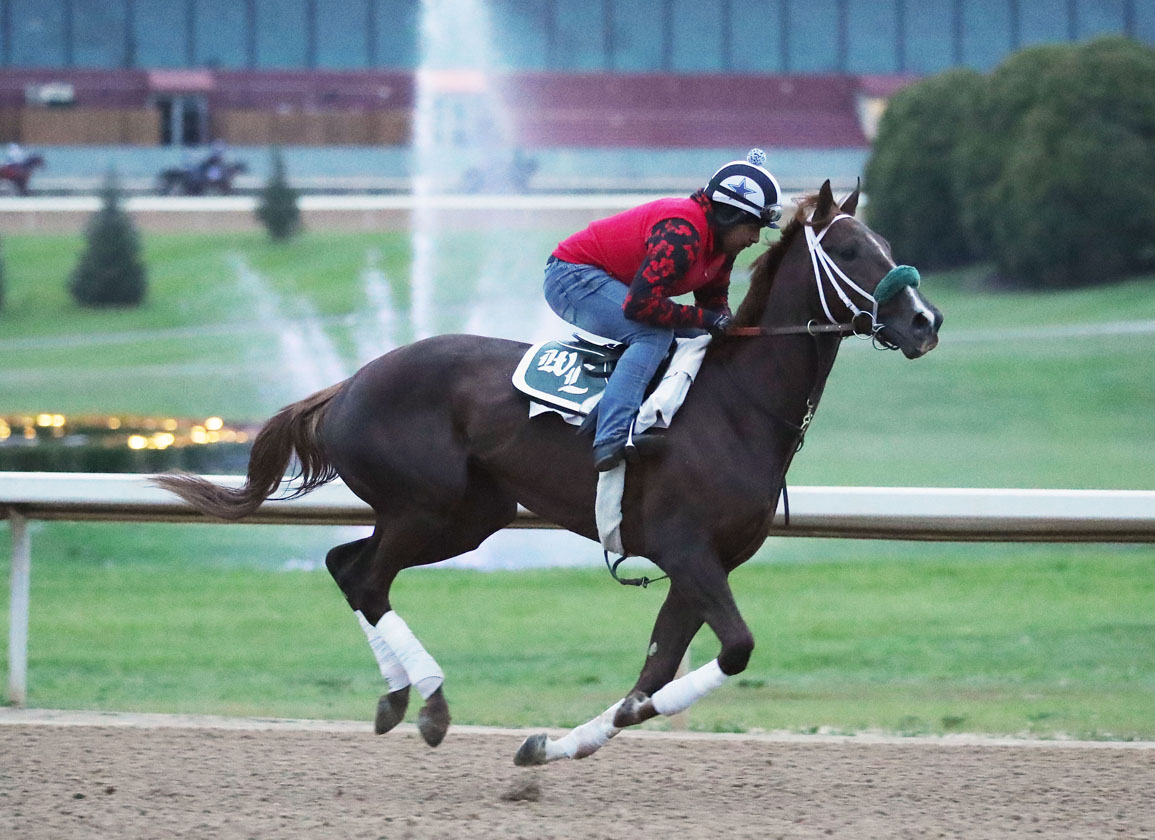 A maiden winner and fifth to GIII Fantasy S. hopeful Dream Lith (Medaglia d'Oro) in last year's GII Golden Rod S., Secret Oath has been nothing short of sensational in annexing three starts at this meet by a combined 23 lengths. A handy allowance winner on New Year's Eve, the chestnut pummeled her rivals by 7 1/4 lengths in the Jan. 29 Martha Washington S. and again in the GIII Honeybee S. Feb. 26, with eyecatching bursts on each occasion.

Her trainer, whose success with fillies like Althea, Derby winner Winning Colors and Serena's Song is well-documented–has been impressed with Secret Oath's development.

“She's got a running style and the efficiency of motion is good,” Lukas said. “She places herself in the race. I would say the thing that's probably the biggest concern would be a traffic problem. She's very rangy and tall. I don't know about starting and stopping. In the Honeybee, they shut her down, then just 'Boom!' She amazed me that when she dove into the rail [turning for home], she just [took off)].”

Now, to be fair to Althea, who has contributed mightily to the American Stud Book down the years, Secret Oath faces competition not nearly as deep as Althea did 38 years ago. The progressive We the People (Constitution) kicked clear to graduate by nearly six lengths on his one-mile debut Feb. 12 and doubled up with a five-length allowance tally Mar. 12, good for 'TDN Rising Star' honors. Those wishing to take a contrarian view will note that the bay colt tracked a very slow pace on the latter occasion and won off like a 2-5 chance should.

Doppelganger (Into Mischief) makes his first start for trainer Tim Yakteen Saturday and has form through Forbidden Kingdom (American Pharoah), to whom he was a disappointing fourth in the seven-furlong GII San Vicente S. Jan. 29 at Santa Anita before chasing home that rival to finish a distant second in the GII San Vicente S. Mar. 5. The blinkers come off this afternoon.

Un Ojo (Laoban) outran longshot odds to be second to the promising Early Voting (Gun Runner) in the Feb. 5 GIII Withers S. at Aqueduct and looked beaten in this track's GII Rebel S. before surging home on perhaps the best part of the strip to post a half-length success, with Barber Road (Race Day) third.

Cyberknife (Gun Runner) bounced back from a below-par sixth in the GIII Lecomte S. in January with a sound three-length allowance score at the Fair Grounds Feb. 19 and is bound to go off at a price shorter than his 8-1 morning line.