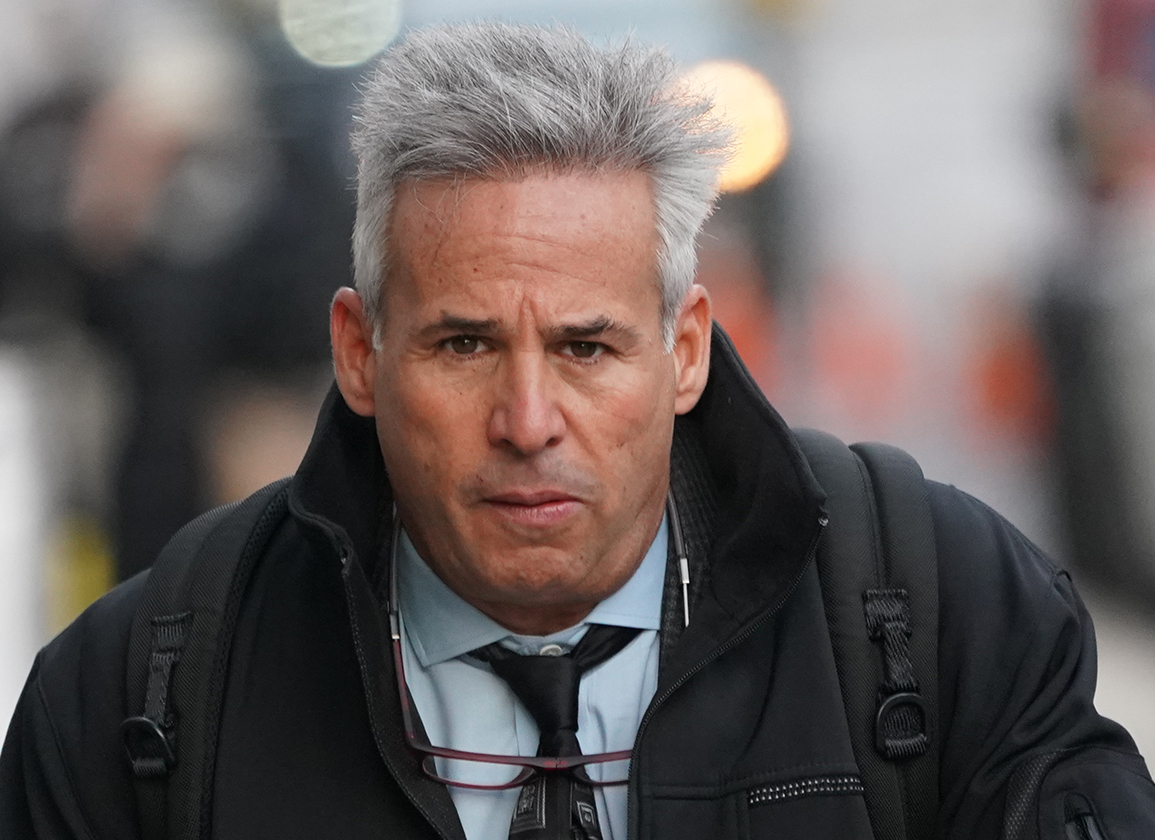 Federal prosecutors on Wednesday filed a formal opposition to convicted veterinarian Seth Fishman's recent attempt to dismiss Count One of his two racehorse doping convictions. Fishman is arguing that he was essentially tried twice for the same crime, because the first count was contained within the second, much broader conspiracy.

The feds see it differently: “While there are notable foundational similarities between the two conspiracies, namely, the aim of moving drugs interstate to corruptly improve racehorse performance, the focus and scale of each conspiracy differed significantly,” stated the government's Mar. 30 filing in United States District Court (Southern District of New York).

Fishman was convicted Feb. 2 and faces 20 years in prison upon sentencing May 5. His “multiplicity“ motion from Mar. 8 aims to get his two convictions merged so that only a single sentence will be imposed.

Fishman, along with six other veterinarians, 11 trainers, and nine others, was charged in 2020 with being a key figure in an international network of purported performance-enhancing drug (PED) suppliers who allegedly conspired to dope racehorses in New York, New Jersey, Florida, Ohio, Kentucky, and the United Arab Emirates.

“The Fishman and Navarro conspiracies differed in many major aspects,” the filing stated. “In short, the Navarro Conspiracy was focused on the administration and success of Navarro's doped racehorses, which were drugged using PEDs from a multitude of sources. The Fishman Conspiracy, by contrast, centered on Fishman's business operations through his company, Equestology, through which he created, produced, marketed, and sold a multitude of drugs…“

“Fishman's role was different in each conspiracy,“ the feds explained. “Fishman was a supporting player in the Navarro Conspiracy; he was not Navarro's sole supplier, as Navarro procured drugs from a number of different individuals, both veterinarians and laypeople. Nor did Fishman occupy a leadership role in the Navarro Conspiracy, as shown by all the evidence adduced at trial.

“Conversely, Fishman undeniably helmed the Fishman Conspiracy, with substantial direction and support from Giannelli, who independently managed significant aspects of the Fishman Conspiracy, and played no role in the Navarro conspiracy. Thus, any overlap in participants is of minimal relevance considering the leadership and membership of Counts One and Two.“

The timing of the crimes is another issue raised by prosecutors.

“The Fishman Conspiracy lasted for approximately two decades, while the Navarro Conspiracy took place in just a few years of that time period. The Government charged both conspiracies simultaneously; as such, this factor does not meaningfully support a double jeopardy challenge,“ the opposition filing stated.

“Even basic similarities in operations or goals–i.e., racehorse doping–do not necessarily collapse two separate counts into one where there are such striking differences in the goals and personnel involved in these operations.“

Fishman had argued differently: “As relevant here, a multiplicitous indictment 'charges the same crime in two counts,' when 'only one crime has been committed' in 'law and fact,“ his Mar. 8 filing stated. “The government thus presented an integrated, 'overall' agreement with one primary object–trafficking in prohibited substances designed to boost racehorse performance and avoid regulatory detection–that violated a 'single statute' over a lengthy period.“