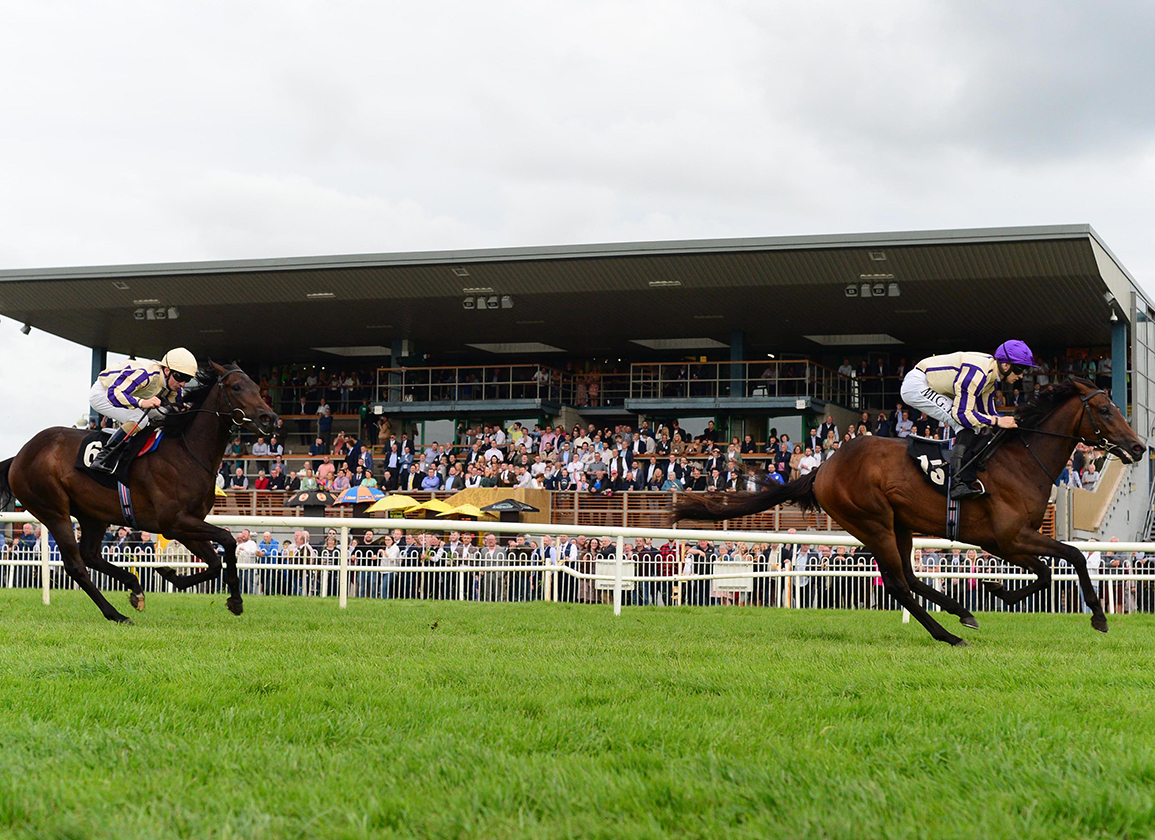 Goa Gajah (Bal a Bali {Brz}) and Lakota Seven (Ire) (Sioux Nation) finished in that order (VIDEO) at Down Royal last Friday in Ireland, giving the burgeoning Magnolia Racing Syndicate helmed by Justin Casse and Joseph O'Brien their first winner.  Goa Gajah–named for a place for spiritual meditation in Bali–was purchased for $26,000 at the 2021 Fasig-Tipton Kentucky October yearling sale. Lakota Seven, back 2 ½ lengths in second in that race, was picked up by Casse and O'Brien for €125,000 at last year's Goffs Orby, and was making his first start Friday. From just four runners making seven starts to date, the budding operation has fielded two placed efforts in addition to Goa Gajah's victory.

“It has been a good start,” said Casse. “You are always a bit nervous with how a project–an initial project–is going to start out especially in this business, where things never go as planned. That said, we are very happy with the start of things.”

There were initially 11 horses in the syndicate, four Kentucky-breds purchased at Fasig-Tipton October, and seven European-breds. All went to train with Joseph O'Brien in Ireland. They spent €562,000 at Orby, with Lakota Seven the most expensive of the bunch.

Casse said that the growth of the type of pop-up or flash sale that Fasig-Tipton is offering is exactly tailored to how the pair wanted to market the horses.

“The basis of the project itself was to be willing and open to selling any horse that ran well to capitalize on the strength of the private racehorse sales market,” said Casse. “Both of them came out of the race in great order. We are lining up their vetting and videos and photos for the sale for prospective buyers as we speak. As much as we would love to keep them, we must stick to the model. With that in mind, we still are open to maintaining a minor share when it makes sense.”

“We are excited about this idea,” said Casse, who added that from Magnolia's four to race to date, this pair would be the third and fourth to sell. “Considering what the strategy was, to be able to have the opportunity to have four out of the four first runners sold would be a tremendous start.”

Last October, after they kicked off their buying spree, Casse told the TDN that he had been kicking around the idea of a syndicate for a few years, but assembled the partners last fall in just 30 days.

“The pinhooking and breeze-up part of me is looking at these horses for their value and what they could sell for if they run well,” Casse said at the time, “as opposed to trying not to get carried away, and pay end-user prices. Joseph knows this type of horse well. Both of our families cut our teeth on trading horses at some stage in our careers.”

“When I was looking at horses at Fasig, I was being very selective about turf stallions, primarily. I didn't care so much about their commercial viability. I was more interested in physicals. For me, Goa Gajah suited a lot of the things I look for when I go to Europe to buy horses. He used himself very well. He was very fluid with his action, with both his hind end and his front end and he had a very nice walk. He was well-balanced.”

Goa Gajah will be consigned as Hip 2 by Paramount Sales. A Kentucky-bred son of Bal a Bali, the Brazilian Triple Crown winner and multiple Grade I-winning miler in the U.S., he is out of a full-sister to multiple graded stakes winner and track record-setter Optimizer. His elite Phipps pedigree includes current undefeated multiple Grade I winner Flightline (Tapit). Lakota Seven (Hip 1), by G1 Phoenix S. winner Sioux Nation, has a pedigree which includes Grade I winners Senure, Speak in Passing; and champions Rags to Riches, Peeping Fawn and Xaar. They will be consigned by Taylor Made Sales.

And the timing for purchasing young proven racing stock couldn't be better, he said. “To try to sell these two on the heels of Royal Ascot, when people have just come home from that experience, is ideal. They both seem like horses that are progressive types and are only going to get better. Lakota Seven will be eligible for lucrative maiden purses in America, or anywhere. He looks like he is going to be a horse that is going to want a mile to a mile and a quarter. And Goa Gajah, being a Kentucky-bred, in our mind, if we didn't sell him, we were going to run him in Saratoga with an eye towards Kentucky Downs with those lucrative purses for their 2-year-olds.”

“This is another exciting first for Fasig-Tipton Digital, offering two horses owned and trained by the same connections that finished first and second in the same maiden race in Ireland,” said Leif Aaron, Fasig-Tipton Director of Digital Sales. “Both horses offer exciting and lucrative racing opportunities, particularly in Europe or this summer in the United States.