Farrell Works Beneath the Twin Spires 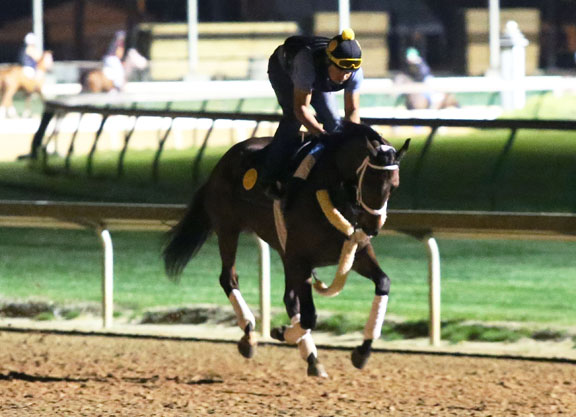 Coffeepot Stables' Farrell (Malibu Moon), who figures to dispute favoritism for the GI Kentucky Oaks, drilled five furlongs in 1:00.20 Saturday morning over the Churchill Downs main track. It was her first workout since running her current winning streak to four with a 3 1/4-length success in the GII TwinSpires.com Fair Grounds Oaks Apr. 1.