Fairmount Park Gets Go-Ahead to Race Next Week 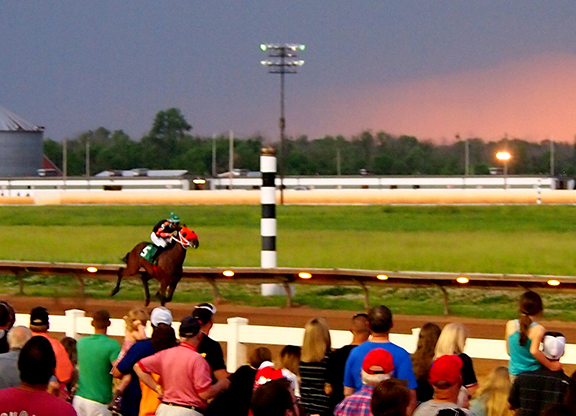 Fairmount Park has been green-lighted to resume spectator-free racing next week, coinciding with the “Phase 3” stage of the pandemic re-opening plan in Illinois.

Jim Watkins, the president of the Illinois Horsemen's Benevolent and Protective Association, told the Post-Dispatch he is not sure of an exact return date, but the plan is to have seven races twice a week.

Fairmount, which is 12 miles east of downtown St. Louis, Missouri, traditionally races on Tuesday afternoons and Saturday nights at this time of year.

“I'm relieved and drained to the point that excitement hasn't taken over yet,” Watkins told the Post-Dispatch. “I've received 30 or 40 calls and people want to know the details like a kid at Christmas. The horsemen stuck together and stuck it out to show their resolve.”

The 2020 season was to be Fairmount's big breakout year. Last June, Illinois granted it a license to add slot machines, table games and sports betting. A property expansion was planned, and the track's $7,000 per-race purses were supposed to roughly double once the new gaming revenue started rolling in.

In March, Fairmount began its race meet earlier than usual. But the meet only made it five days in, with the final March 17 card run spectator-free because of the impending COVID-19 restrictions. The track has been closed for business since.