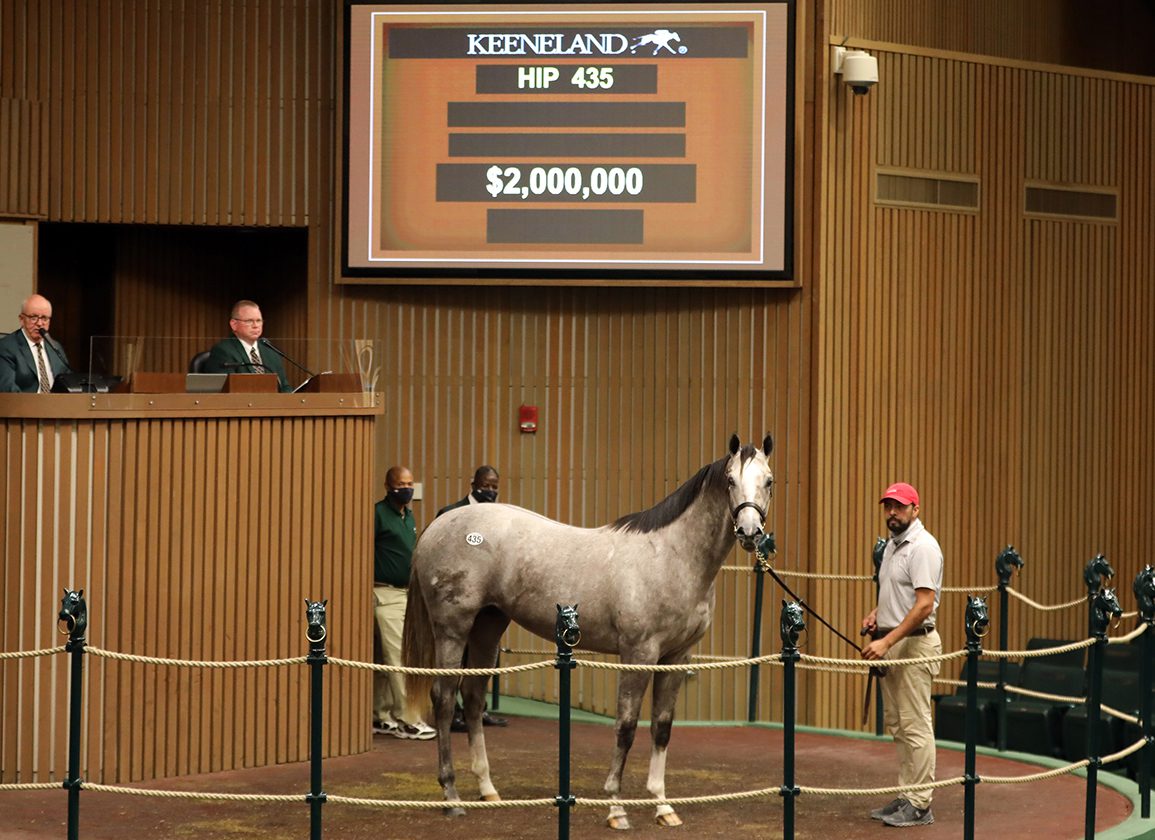 5th-Belmont, $90,000, Msw, 7-2, 3yo/up, 1 1/16mT, 1:39.94, fm, 5 lengths.
CAPENSIS (c, 3, Tapit–Tara's Tango {GISW, $806,004}, by Unbridled's Song), the $2-million topper at the covid-impacted 2020 Keeneland September sale, began repaying his powerful ownership group's investment Saturday with a dominant debut win on the grass. A bit chilly on the board at 5-1 having had all his recent preparations at Saratoga, the handsome grey was somewhat sluggish early and settled in second last off the inside. Ridden along on the turn for home, he got going in earnest as the quarter pole approached and was tipped out widest to make a quick move into the lane. Nobody could run with him in the stretch as he streaked home by five lengths, covering his final quarter in :22.19 according to Trakus. Running Bee (English Channel) completed the exacta. The winner is the second foal out of 'TDN Rising Star' Tara's Tango, who annexed the 2016 GI Santa Margarita S. A half-sister to GISW Visionaire (Grand Slam), GSW/MGISP Scarlet Strike (Smart Strike) and GSW Madison's Luna (Tapit), the dam has a 2-year-old colt by Curlin and a yearling colt by Quality Road. Sales history: $2,000,000 Ylg '20 KEESEP. Lifetime Record: 1-1-0-0, $49,500. Click for the Equibase.com chart or VIDEO, sponsored by TVG.
O-Eclipse Thoroughbred Partners, Robert V. LaPenta, Gainesway Stable (Antony Beck), Winchell Thoroughbreds LLC & Stonestreet Stables LLC; B-Stonestreet Thoroughbred Holdings LLC (KY); T-Todd A. Pletcher.