Exceed and Excel's Sacred Too Strong In The Hungerford 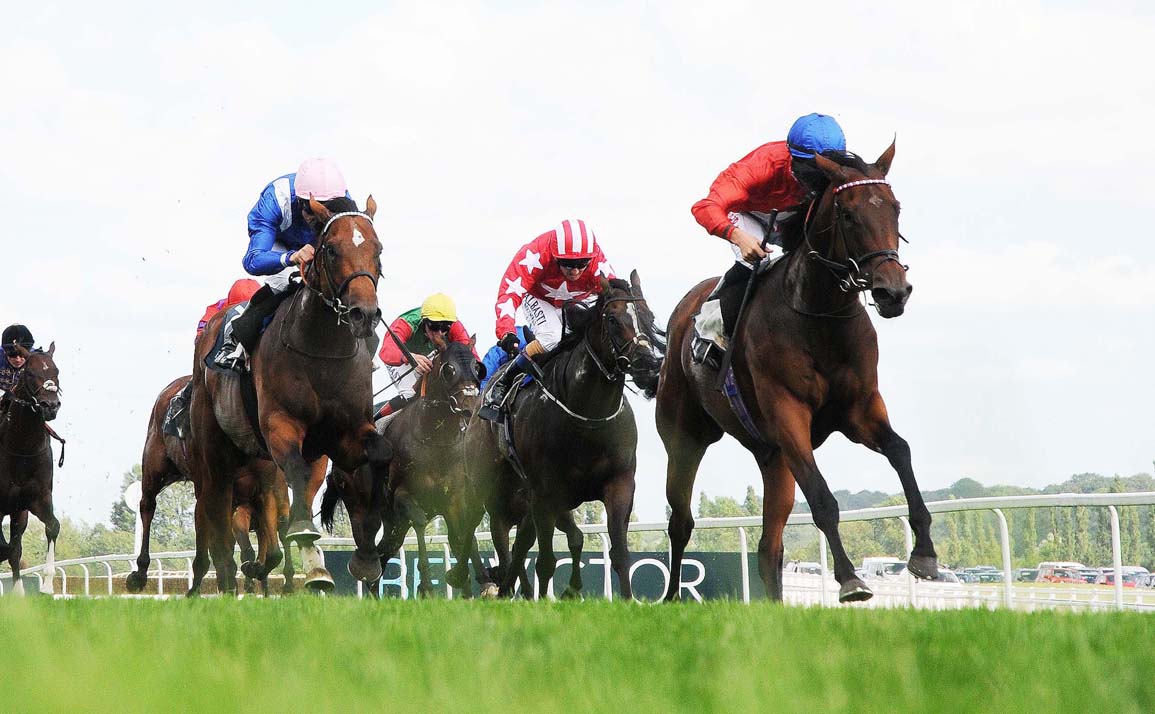 Saturday belonged to William Haggas, with two of the Newmarket handler's pattern-race successes coming at the same time during an action-packed period mid-afternoon. While Dubai Honour (Ire) (Pride of Dubai {Aus}) was causing an upset at Deauville in the G2 Prix Guillaume d'Ornano, the yard's Sacred (GB) (Exceed and Excel {Aus}) was tearing it up in Newbury's G2 BetVictor Hungerford S. Back from a weather-enforced break having failed to see out the mile of the G1 1000 Guineas when seventh at Newmarket May 2, Cheveley Park Stud's impressive G3 Nell Gwyn S. winner was anchored in rear early by a confident Tom Marquand. Slicing between rivals passing two out, the 6-1 shot surged to the fore with 150 yards remaining and comfortably held the seasonal debutante Laneqash (GB) (Cable Bay {Ire}) by a length as the 3-year-olds dominated. “They said she was top-class. To jump into the race like that was very impressive,” her rider said.

Kept to five and six furlongs as a juvenile, Sacred was runner-up in the G2 Queen Mary S. at Royal Ascot, G2 Lowther S. at York and G2 Flying Childers S. at Doncaster before finishing last of eight in Newmarket's G1 Cheveley Park S. in late September. Back with a bang trying this trip for the first time in the Apr. 14 Nell Gwyn, the homebred had been prepared for the G1 Commonwealth Cup and G3 Oak Tree S. after the Guineas but had missed out due to the summer storms. This was confirmation of her earlier promise and she remains unbeaten at this trip.”When Ryan [Moore] won the Nell Gwyn on her, he said it was like riding a motorbike,” Maureen Haggas said. “We've timed her with the latest equipment at home and some of her figures are unbelievable. She grew two inches through the winter and I hope that after her light season the owners might keep her in training at four. She's in the [G2] City of York [on Saturday], but that is very quick and could undo all the good that's happened for her break. Then there's the [Oct. 3 G1 Prix de la] Foret [at ParisLongchamp], but she would only go if it stayed dry.”

Sacred is the first foal out of Sacre Caroline (Blame), a half-sister to the five-times grade I-winning champion turf female Lady Eli (Divine Park) who cost the operation 300,000gns at the 2017 Tattersalls December Mares Sale. Also a half to the GIII Regret S. and GIII Mint Julep H. winner Bizzy Caroline (Afleet Alex), the dam is connected to the high-class Sweet Loretta (Tapit), Spiced Perfection (Smiling Tiger), Spring in the Air (Spring at Last), Palace Episode (Machiavellian), Laughing Lashes (Mr. Greeley), Pays to Dream (High Yield) and The Last Zip (City Zip). Her unraced 2-year-old filly is Enshrine (GB) (Ulysses {Ire}), while she also has a 2020 colt by that sire who is due to sell at the Tattersalls October Yearling Sale Book 1.