Equinox Must Defy Outside Barrier in Satsuki Sho 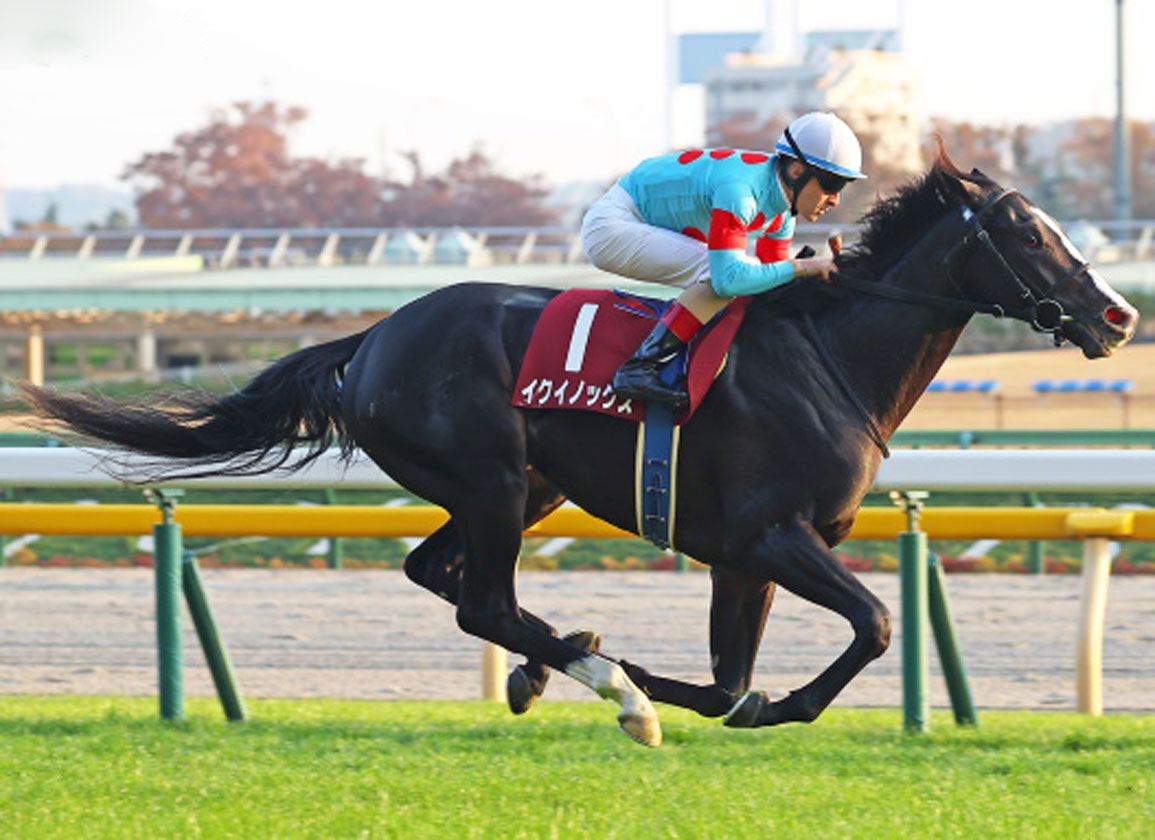 Highly impressive in winning a pair of juvenile starts last season, Equinox (Jpn) (Kitasan Black {Jpn}) makes Sunday's G1 Satsuki Sho (Japanese 2000 Guineas) his 3-year-old debut, but must overcome the widest draw in the field of 18 if he is to stretch his unbeaten mark to three.

Receiving the always important endorsement of Christophe Lemaire for his career debut in an 1800-metre newcomers' event at Niigata at the end of August, the Silk Racing colorbearer settled handy to the pace and stormed clear to graduate by six powerful lengths. He faced the starter just once more, getting further back in the run before closing his final three furlongs in a smart :32.9 to take out the G2 Tokyo Sports Hai Nisai S. Nov. 20, becoming the second group winner of the year for his Group 3-winning dam Chateau Blanche (Jpn) (King Halo {Jpn}). Equinox's half-sister Weiss Meteor (Jpn) (King Kamehameha {Jpn}) won the G2 Radio Nikkei Sho last July.

“I have confidence in him, and with his two wins from two starts, there seems to be plenty more to come from him,” said Lemaire. “I am not worried about it being the first time at the track, or the fact that he hasn't run in a while. I think he can run from any position in a race, and he showed a really good turn of foot at Tokyo last time. I haven't won a big race in Japan this year, but my confidence is up after riding overseas, and I'd like to be successful here with this good horse.”

Do Deuce (Jpn) (Heart's Cry {Jpn}) ran the table in three starts last term, winning the Listed Ivy S. ahead of a championship-clinching success in the G1 Asahi Hai Futurity S. going a mile in December. The bay has the benefit of a tightener, and a bit of troubled one at that, as he was shuffled back at a key stage in the G2 Deep Impact Kinen over track and distance Mar. 6 and couldn't quite reel in Ask Victor More (Jpn) (Deep Impact {Jpn}), who sat a soft trip just off the speed.

Danon Beluga (Jpn) (Heart's Cry {Jpn}) is also a veteran of just two runs to date, a debut success going 10 furlongs at Tokyo Nov. 21 and a comebacking defeat of favoured Geoglyph (Jpn) (Drefong) in the G2 Kyodo News Hai at headquarters Feb. 13. While the former had a clear run down the centre of the track on that occasion, Geoglyph brushed with a rival and took a long time to fully let down before finishing with good energy.