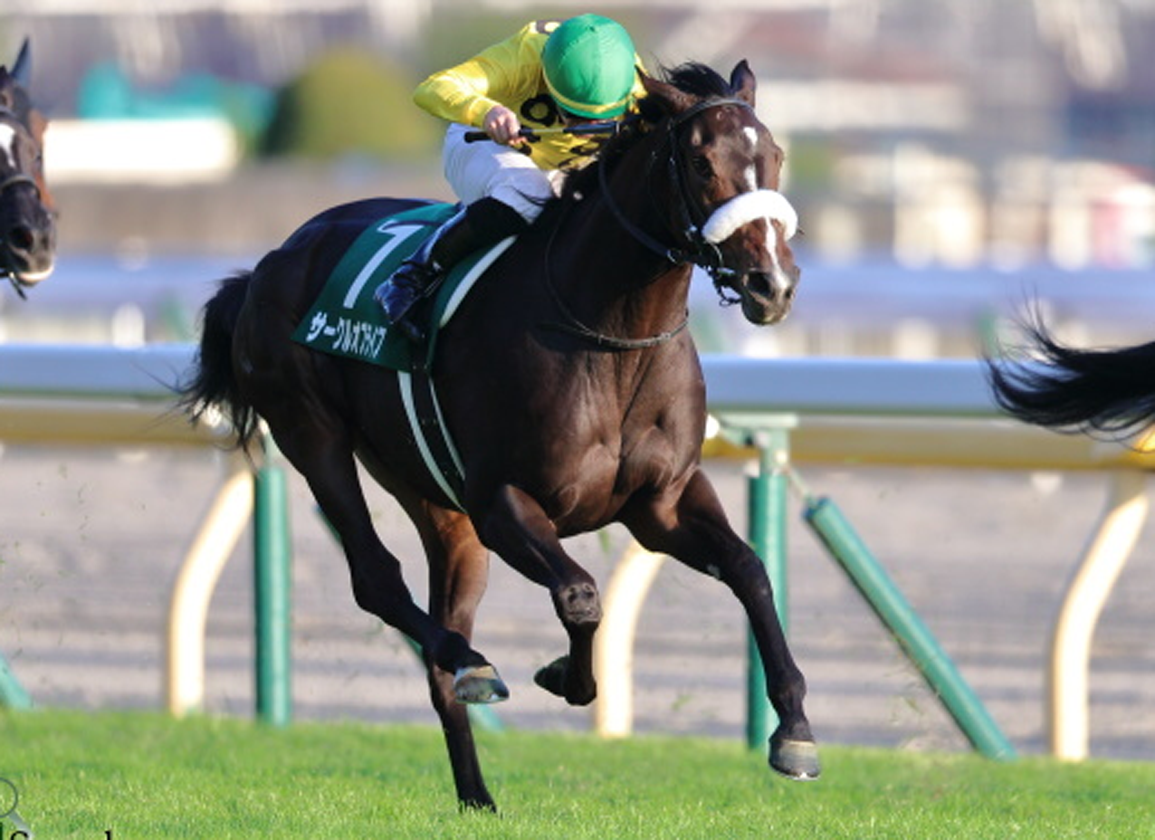 Circle of Life (Jpn) (Epiphaneia {Jpn}) became the third Group 1 winner for her sire in the G1 Hanshin Juvenile Fillies at Hanshin on Sunday. A third-generation homebred for Masatake Iida of Chiyoda Farm, the bay was also the race's 4-1 number three pick and likely sewed up 2021 Japanese Champion Juvenile Filly honours.

Near the tail of the field as Dark Page (Jpn) (Dark Angel {Ire}) zipped through a solid half-mile in :46.40, she began to make up ground with 1000 metres remaining. Camped six deep as the field reached the stretch, she spun even wider out into the centre of the course for her bid, and overhauled the leaders in the final 25 metres for a half-length win. A trio of horses had briefly appeared to have the race at their mercy late, but Lovely Your Eyes (Jpn) (Logotype {Jpn}) settled for second, with G3 Fantasy S. victress Water Navillera (Jpn) (Silver State {Jpn}) third, the same margin back. Race favourite Namur (Jpn) (Harbinger {GB}) closed resolutely with a rails run, but could not master the top three and was a neck behind in fourth.

“She was great today, she had a good break, and we had a smooth trip,” said Mirco Demuro. “We went wide at the stretch, but the track was really good on the outside and the horses (in previous races of the day) seemed to stretch well along that path. My filly has closed well over the smooth track, so I trusted her to make it and indeed she exhibited strong finishing speed. I was certain in the last 200 meters that she would win. I've ridden her since her debut, and she really takes it in her stride in new surroundings and unfamiliar tracks so she has plenty of energy to use in the race. I'm sure she can further extend her distance in future races so I'm really looking forward that too.”

Third in a Niigata newcomers' race over 1800 metres when unveiled in August, the bay graduated cut back to 1600 metres at Nakayama on Sept. 20. She captured her first black-type race, the G3 Artemis S. at Tokyo on Oct. 30.

The fourth foal, fourth runner and third winner out of the triple winner Sea Breeze Life, Circle of Life has yearling and weanling Declaration of War half-siblings. After producing a colt in 2020 and a filly this term, the dam returned to Declaration of War this spring. Circle of Life's third dam, Star My Life (Storm Cat), was a half-sister to American Horse of the Year and MG1SW Lady's Secret (Secretariat). She was purchased for $350,000 out of the Keeneland July Sale in 1995 by Iida prior to winning one of six starts in her adopted country, a 1000-metre dirt maiden in 1997.