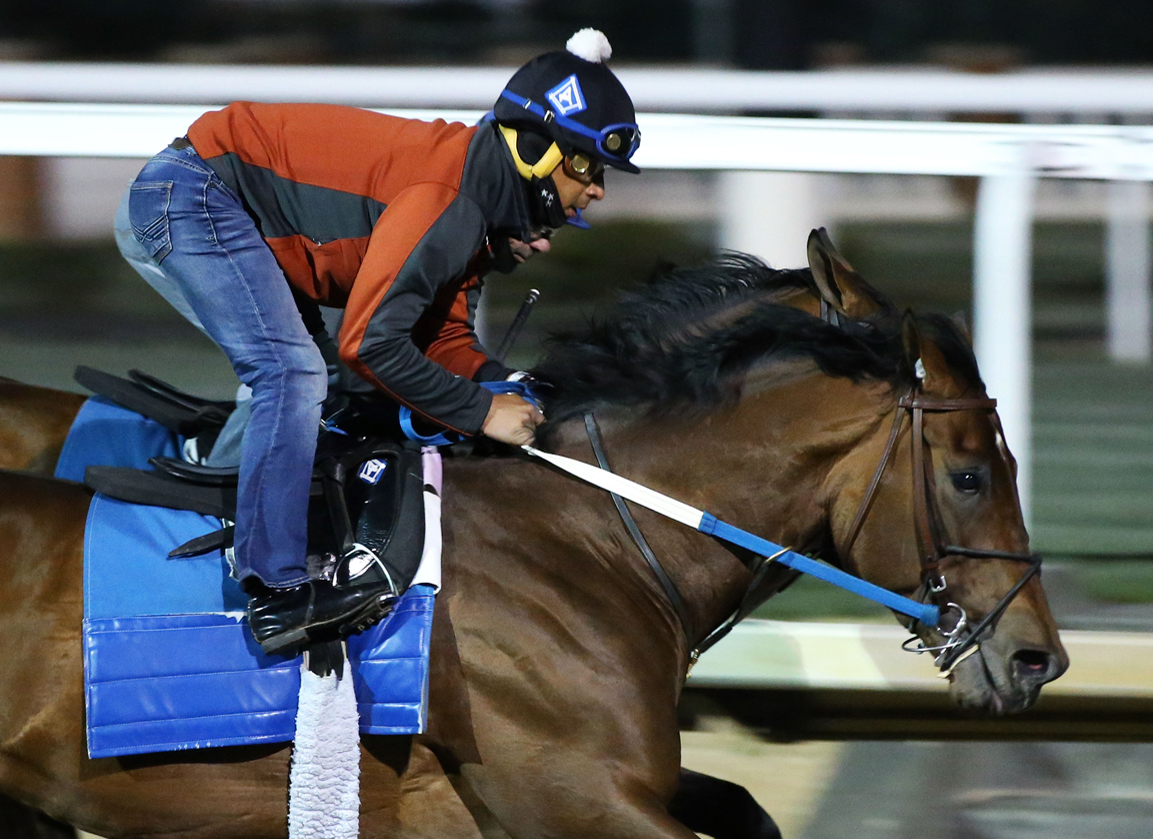 With less than four weeks remaining until the GI Kentucky Derby and GI Longines Kentucky Oaks, Hall of Fame trainer Steve Asmussen's duo of top contenders Epicenter (Not This Time) and Echo Zulu (Gun Runner) returned to the worktab Sunday at Churchill Downs for the first time since their respective victories two weeks ago in the GII Louisiana Derby and GII Fair Grounds Oaks.

Bettors tabbed Epicenter as the 9-2 favorite in Pool 5 of the Kentucky Derby Future Wager, which closed Saturday prior to the runnings of the GI Toyota Blue Grass S. GI Runhappy Santa Anita Derby and GII Wood Memorial S.

Echo Zulu, with Fabian in the saddle, worked inside of debut maiden special weight winner Belle Rebelle (Upstart) through opening fractions of :13, :24 2/5 and :36. The duo galloped out six furlongs in 1:14 2/5.

Unbeaten Echo Zulu was named champion 2-year-old filly in 2021, capping off her undefeated season with an emphatic 5 1/4-length score in the GI Breeders' Cup Juvenile Fillies (GI). She dug in during the late stages of the Fair Grounds Oaks to hold off Hidden Connection (Connect) by a scant nose in her 3-year-old debut.

Echo Zulu is a perfect five-for-five and is one of several fillies that could vie for favoritism in the Kentucky Oaks.