Eight Wins Already in '21–And It's Only June 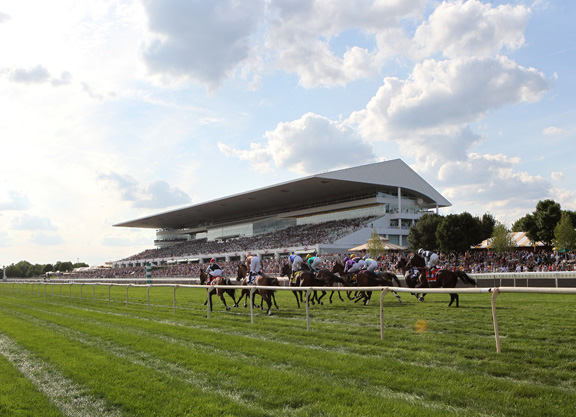 We're not even at the midpoint of 2021, and one North American Thoroughbred is already taking aim at a ninth win on the season.

For perspective, the eight wins racked up so far this year by Arizona-based Six Ninety One (Congrats) are equal to the number of victories achieved by the four horses who co-led the continent during the entirety of 2020.

Such a fast start through the first 5 1/2 months puts Six Ninety One on a trajectory to blast past what has evolved as the standard for wins in a calendar year. Over the last decade, that number has ranged between eight and 12 wins annually.

You have to go back to 2011 to find the last exception. That was the explosively aberrational year Rapid Redux ran the table with a 19-for-19 record, largely by pillaging the starter-allowance ranks throughout the mid-Atlantic region.

Six Ninety One, at age nine, is also a starter-allowance stalwart, as are a good number of horses who routinely dominate the continent's most-wins category.

While it can be argued that these horses are able to pad their records by being eligible for soft conditions against thin competition while shielded from being claimed (if those starter races fill), it's still no small feat to amass eight trips to the winner's circle (with one second and a third), like Six Ninety One has done from 11 starts so far this year. In fact, it's even more of a challenge for the less physically gifted horses who populate the lower end of the claiming structure.

Six Ninety One was bred in Kentucky by Edwin and Melissa Anthony. He sold for $75,000 at KEESEP in 2013, then hammered for $59,000 at OBSOPN eight months later. Jim Thares, who bought the gelding at the Ocala auction, campaigned Six Ninety One between 2014 and 2019, earning four wins in Minnesota and Arizona before losing him via claim for $6,250 in the midst of a seven-race losing streak.

A speed-on-the-lead specialist over short distances, Six Ninety One's first-off-claim connections tried him in an 870-yard Quarter Horse dash at Arizona Downs in June 2019, which he won by 10 1/2 lengths. He then won at that same distance at Arapahoe Park, but didn't score again until 2020 when stretched back out to five furlongs against Thoroughbreds.

After a five-month break, Six Ninety One started off 2021 with five wins in eight sprints at Turf Paradise. He was claimed twice between February and April, for $3,000 and $6,250.

Current trainer Alfredo Asprino owns the gelding in partnership with Jesus Vielma, and they've kept Six Ninety One in optional-claiming and starter spots where he has not been offered for sale. He's now won three straight for those connections, and six consecutive starts since March.

Six Ninety One is entered Tuesday in the sixth race at Arizona Downs. He's favored at 3-5 on the morning line to get win number nine on the season. The gelding meets the starter eligibility by virtue of running in a $2,500 claimer last summer in Colorado.

The Daily Herald of suburban Chicago ran two stories Saturday that are worth reading if you're following the Arlington International Racecourse sale by Churchill Downs Inc. (CDI), which reportedly closed its opening bid process last week. You can click through to find both articles here (then scroll down).

The first, a column by Jim O'Donnell, underscores that beyond the money involved, last Thursday's announcement that the Chicago Bears football team has submitted a bid for the 326-acre property to build a new stadium could have significant political appeal for the gaming corporation because “CDI needs to cash out of Arlington 'clean.'”

By that O'Donnell means that CDI will attempt to deflect the ill will of shutting down a nearly century-old historic landmark by delivering to the community “a global-class sports/entertainment facility and lush adjacent residential development.”

O'Donnell explained it like this: “There is already an issue of 'trustworthiness' between the more clearheaded citizens of Illinois and the Kentucky-based corporation. That directly stems from CDI's somewhat stunning decision to not add a full casino at [Arlington] two years ago after close to 20 years of lobbying for such enabling legislation.”

O'Donnell then alluded to the two Thoroughbred tracks CDI has already shuttered in the past decade (Hollywood Park and Calder Race Course), noting how regulators in other states are growing increasingly leery of CDI as a suitable steward to preserve the sport of racing.

“That question of CDI's 'trustworthiness' in Illinois could bleed over not only to its future gaming licensing in [Illinois] but also into other jurisdictions,” O'Donnell wrote.

The second Herald article, by Christopher Placek, noted that the bid for Arlington that was submitted last Tuesday by the track's former president, Roy Arnold, in partnership with a consortium of developers and investors, calls for the track's grandstand to remain in place, while a mid-size arena for a minor-league hockey team is constructed as part of a 60-acre entertainment district alongside a 300-unit housing development and 60 acres of industrial space.

But after the headline-dominating announcement by the Bears (these are the only two bids that have been publicly disclosed), Arlington Heights mayor Tom Hayes endorsed the idea of combining the two projects. He acknowledged, though, that there are challenges to building a football stadium and horse track together on the same property within his village, because some of the racing infrastructure might have to be relocated.

“In a perfect world, you'd have–and you do have–enough land to do it,” Hayes told the Herald. “The only question is would you have to at least partially tear down or reconfigure the existing grandstand … That's my only concern about trying to do both. I don't know if you could do it given the existing location.”

Hayes told the Herald that the industry-standard size for a National Football League stadium and associated parking is 160 acres. Placek wrote that Arlington's track, stables and parking come to about 125 acres. “That would leave some 40 acres on the massive site” for other purposes, he wrote–which may or may not be enough to fit in the other aspects of the desired mixed-use development.

The trustees of the Arlington Heights Village are expected to vote Monday night on zoning changes that would expressly prohibit certain uses on the property, like adult businesses, kiddie theme parks, or warehouses.

The federal lawsuit that trainer Bob Baffert filed last Monday against the New York Racing Association in an effort to get his banishment there reversed on the basis that it allegedly violates his right to due process got assigned to a judge who is no stranger to handling sports-scandal cases.

Carol Bagley Amon, a Senior United States District Judge for the Eastern District of New York, is the judge who in 2008 sentenced former National Basketball Association referee Tim Donaghy to 15 months in prison for his admitted role in fixing the outcomes of pro hoops games he officiated.

Can you name the jockey who currently leads the continent with a hefty 41% winning percentage among all riders who have had at least 50 mounts this year?

Here's a hint: He's 57 years old and is a master of riding selectively and exclusively at Finger Lakes.