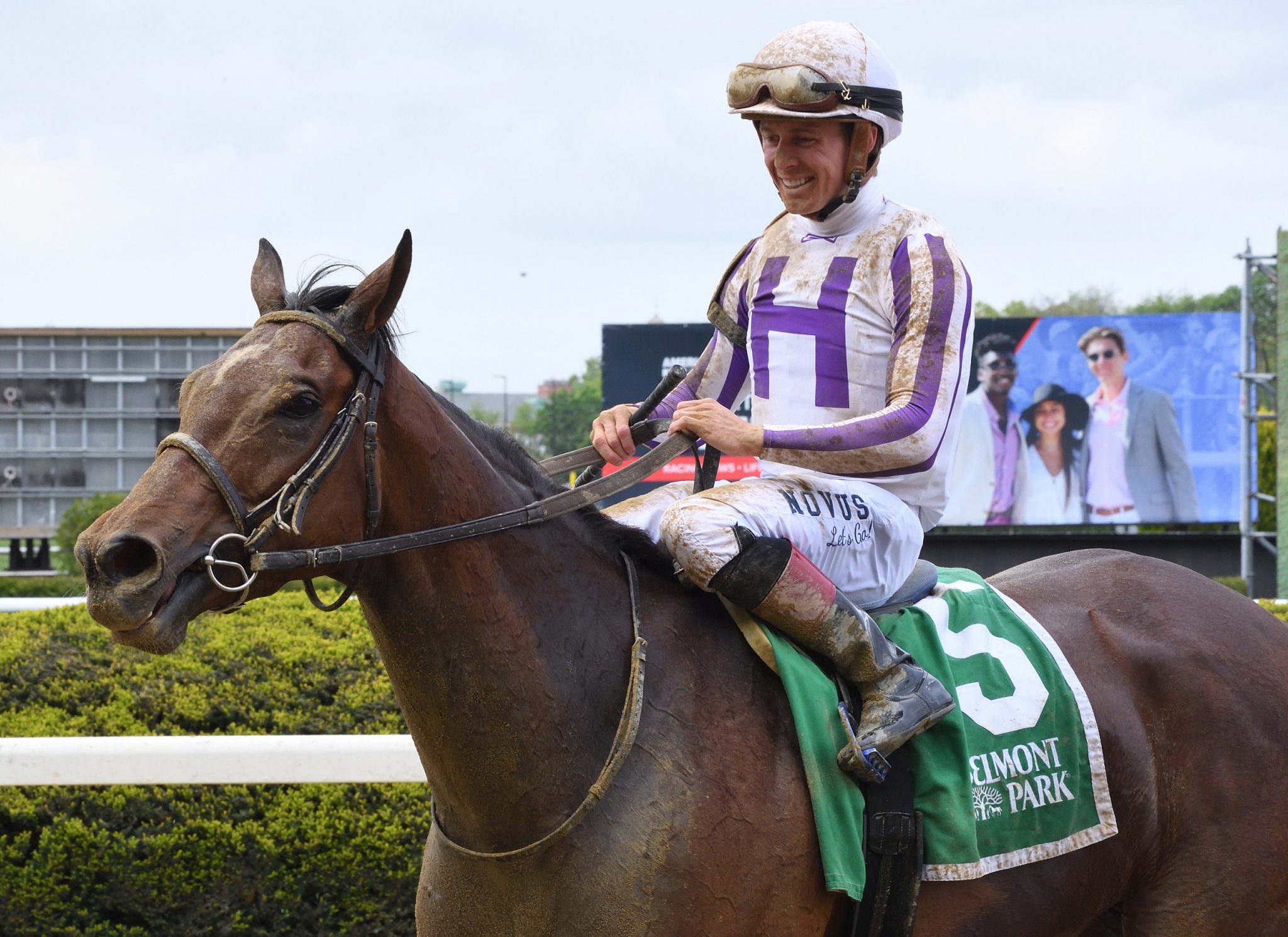 Jockey Dylan Davis was pretty much an afterthought at the 2021 Saratoga meet, where he won 18 races and finished tied for ninth in the standings. Expect that to change this year at the Spa. Davis, though winless through the first two days of the meet, may just be the most improved rider in the sport.

The 27-year-old jockey served notice that he had reached a new level in his career when winning the Aqueduct winter meet, his first-ever riding title, with 64 wins. He was second in the Aqueduct spring meet with 18 winners, finishing one victory behind Kendrick Carmouche.

But there have been plenty of jockeys over the years who have done well at the Big A only to have to take a back seat to the many top jockeys who return from other tracks for the Belmont Spring meet, the Ortiz brothers, Joel Rosario, Luis Saez, John Velazquez, Flavien Prat. Davis turned out to be an exception to what is more or less a rule. He won 47 races at Belmont, losing out on the riding title by one win to future Hall of Famer Irad Ortiz Jr. Davis had a four-win lead over Ortiz coming into the final weekend of racing at Belmont, but Ortiz finished up with six wins over the last two days to nip Davis for the title.

“It was the best meet I've ever had,” Davis said. “I had the leading rider in the country chasing me down. I was in a good position and I did the best that I could. Unfortunately, I finished second best, by one win. Still, it felt great.”

What's been the difference?

“Everything kind of came together this year and everything started going in the right direction,” he said. “I'm definitely improving every year and building up my confidence, which trainers and owners like to see. Also, I'm building relationships with more trainers. They have more trust in me to get the job done out there. My agent is Mike Migliore (whose brother is Richard Migliore) and we've been working hard every year and there have been a lot of stepping stones for us. I've been with him for about five full years now. He's done a tremendous job. On and off the track, he's been a big supporter of mine and always points me in the right direction. He wants the best for me and he's helped me become a better communicator and more confident. He's always telling me to be confident.”

Even with the momentum he has coming off the Belmont spring meet, Davis has fairly modest expectations for Saratoga. He knows he will not contend for leading rider, not against a group of rivals that makes up the best riding colony in the U.S.

“I was ninth in the standings at Saratoga last year and one goal is to finish higher up than that,” he said. “I'm shooting for top six, and I think that is realistic. It will be a tough meet, no doubt. But if I can finish in the top six, that would be a tremendous meet for me.”

The biggest obstacle facing Davis is that he hasn't worked his way into the very top barns on the New York circuit, a problem at Belmont but an even bigger problem at Saratoga where the likes of Chad Brown and Todd Pletcher dominate. Davis has been riding since 2012 and has never ridden for Pletcher in Saratoga and has ridden just one horse there for Brown. He normally gets the bulk of his mounts from the more blue-collar stables, like Ray Handal, Dave Donk and Charlton Baker.

“I'm not sure how much new business I will get here,” he said. “It's difficult because so many trainers have relationships with established riders. To be able to compete here and win races without the elite trainers, that feels great. Mike and I, we've established a good business and have won for a lot of people. It would be very nice to ride for the top trainers, but I'm doing ok without them.”

He has made some inroads into some of the top barns of late. Hall of Famer Mark Casse gave Davis the mount on Adora (Into Mischief) in the GIII Schuylerville S. on opening day. He will also ride Boppy O (Bolt d'Oro) for Casse in Saturday's GIII Sanford S. And Christophe Clement has been using Davis more often of late. He teamed up with Clement last year to win the GI E.P. Taylor S. at Woodbine with Mutamakina (GB) (Nathaniel {Ire}). The win was Davis's first and still only in a Grade I stakes.

Davis is the son of Robbie Davis, a top rider on the New York circuit in the eighties and nineties. He sister, Jackie, will also be riding at the Saratoga meet and another sister, Katie, the wife of Trevor McCarthy, was also riding in New York before giving birth to the couple's first child. Davis said his father is always there when he needs some help, but wonders if he's not too nice.

“Right now, he's telling me that I am riding great and to keep doing what I am doing because it is working,” Davis said. “I say, Dad, please tell me something, even if it is negative.' I'd love to hear that because I'm always trying to improve.”

Robbie Davis won 277 races at Saratoga, including 11 graded stakes. The list includes a pair of wins in the GI Hopeful S. Will the son eclipse his father? It looks like he's on his way.