Due Diligence To Whitsbury Manor 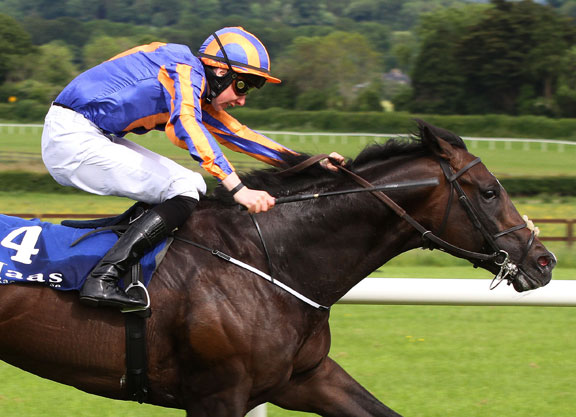 Group 1-placed sprinter Due Diligence (War Front–Bema, by Pulpit) will enter stud next year at Whitsbury Manor in Britain. Trained by Aidan O'Brien for the Coolmore partners, Due Diligence won Naas's Listed Lacken S. last year before finishing second to Slade Power (Ire) (Dutch Art {GB}) in Royal Ascot's G1 Diamond Jubilee S., after which he was forced to sit out the rest of the season due to an injured pelvis. He was last seen finishing fifth in the G1 Betfred Sprint Cup Sept. 5. Coolmore will retain part ownership in Due Diligence and a fee will be announced at a later date.

“We are immensely excited to stand the first son of War Front in England,” said Whitsbury Manor Director Ed Harper. “His performance in the Diamond Jubilee at Royal Ascot last year singled him out as a sprinter of the highest caliber and, were it not for his injury, who knows what he would have achieved. He is a gorgeous dark bay individual typical of his sire with an exaggerated athletic walk who will offer our clients an extremely commercial option for next season.”