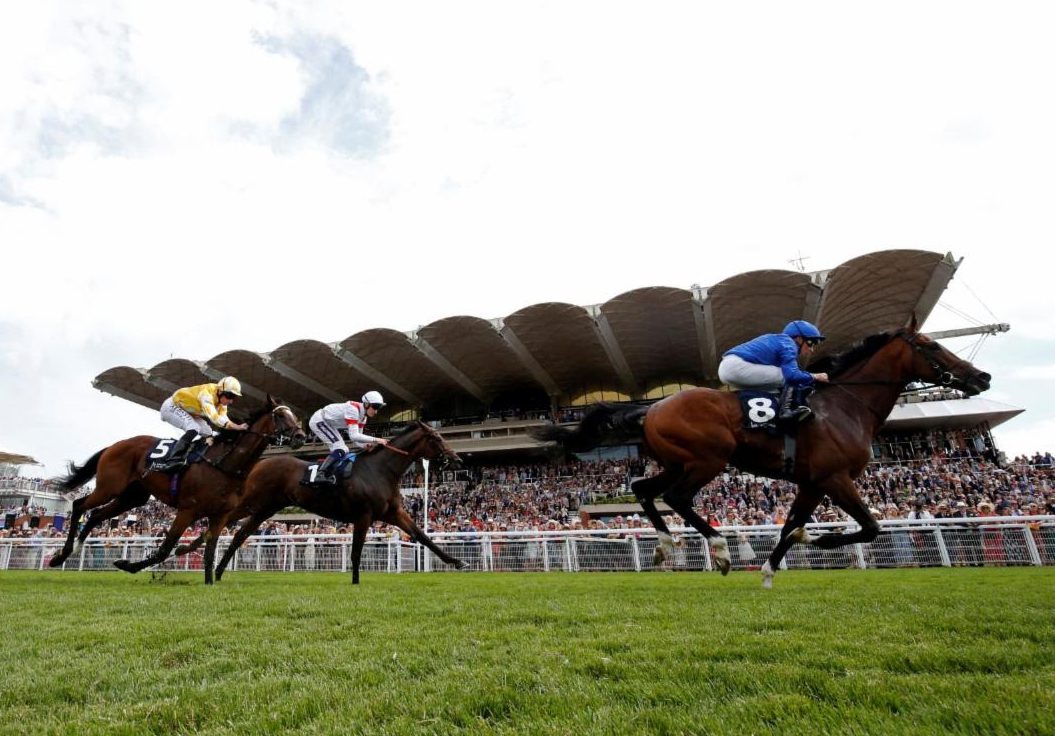 Godolphin's highly regarded 3-year-old colt New London (Ire) (Dubawi {Ire}–Bright Beacon {GB}, by Manduro {Ger}) bounced back from a first reversal in May's G3 Chester Vase to annex a 10-furlong Newmarket handicap last time and continued on an upward trajectory with victory in Thursday's G3 John Pearce Racing Gordon S at Goodwood. The 6-4 favourite, who had garnered 10-furlong tests at Newmarket last October and in April on seasonal return, settled off the tempo in sixth until inching closer in the straight. Coming under pressure with three furlongs remaining, he bounded to the front passing the quarter-mile marker and, having subdued G1 Derby runner-up Hoo Ya Mal (GB) (Territories {Ire}) inside the final furlong, was driven out for a 1 3/4-length career high as that rival was collared for second by G3 Bahrain Trophy victor Deauville Legend (Ire) (Sea The Stars {Ire}) in the dying strides.

“New London is a lovely horse and has done nothing but improve,” said assistant trainer Alex Merriam. “He ran in the Derby trial [at Chester] and then Charlie thought to miss the Derby, which I think paid the dividends. I am not sure of plans. He is not in the [G2] Great Voltigeur and Charlie said that we will let the dust settle and see how he comes out of it. We will make a plan next week to see where everything goes. I am sure Charlie will come up with the best plan. It is very hard to say [which is the best of the Godolphin St Leger hopefuls]. New London has won the Group race, the others have won handicaps and they are all nice, progressive horses. Dubawis tend to improve and are tough, and that is what you need. I think Will came a bit wide with his run, but he didn't mention anything untoward. Charlie's horses are in great order and long may it continue.”

Buick added, “New London is a proper horse, he always has been, and he is very exciting. The Derby prep didn't go well, but we are delighted to get him back and Charlie and his team have done a great job. He is a very good horse. We went a good pace and I wasn't following the horse I wanted to, so we were in front earlier than ideal. However, he is a strong galloper and saw it out well. This was always going to be a challenge for him and he has come through it with flying colours. He's got plenty of class, I'm delighted and there's plenty more to come. It's hard to be confident, but we can be hopeful about the [G1] St Leger trip. Those [additional] two furlongs are a long two furlongs, so we'll see. He relaxes well and gives himself every chance. Hopefully he will [stay the extended 14-furlong trip]. That was a deep Gordon field with the Derby second, he has passed the test and let's see if he can do it.”

Daniel Muscutt, rider of Deauville Legend, commented, “It was a good run and he found a rhythm behind the [eventual] winner. There was plenty of pace early doors and he cruised into the race nicely. He couldn't quite match New London's turn of foot, but he ground it out well. The last 100 yards he stuck on past Hoo Ya Mal and it was a gutsy effort with the penalty. I thought that [the penalty] was maybe the difference.”

Hoo Ya Mal's trainer George Boughey said, “We took the hood off, he relaxed and has run a great race. The plan has always been the [G1] Melbourne Cup and this is a stepping-stone to that. Ryan [Moore] was delighted, Gai [Waterhouse] is very happy and the owner who has come over to watch the race is very happy. Ryan said that he has run a very good race and that he did it all the right way round, which is what we wanted to see. Ryan lost his stick with about two-and-a-half furlongs to go, which might not have helped. It's all about just looking after him because he has a big career ahead in Australia.”