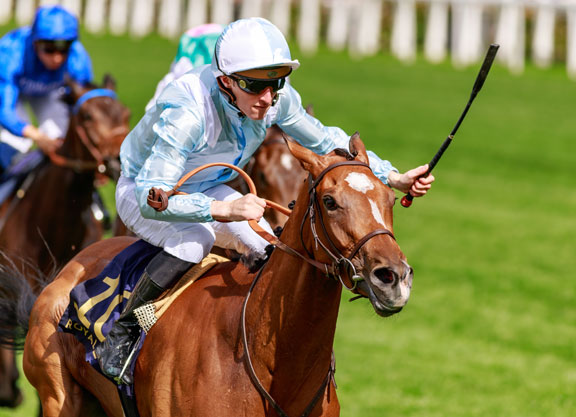 Alexander Tamagni and Regula Vannod's Watch Me (Fr) (Olympic Glory {Ire}), who last weekend added a victory in the G1 Prix Rothschild to her G1 Coronation S. score last year, has been retired. The news was first reported by Jour de Galop.

“I wasn't completely happy with how she came out of the [Rothschild],” said trainer Francis Graffard. “We spoke to the owners and we decided together that we should respect the filly [by retiring her]. It was a good way for her to finish–she proved she's a very good filly. Now we have to try to find another one.”

Bred by Antoinette Tamagni and Cocheese Bloodstock, Watch Me was offered at Arqana August but was taken home when led out unsold at €30,000. Sent to the yard of Francis Graffard, she won at second asking at two. She won the G3 Prix Imprudence on seasonal debut at three before besting the dual Guineas winner Hermosa (Ire) (Galileo {Ire}) at Royal Ascot and was third in the G1 Prix de l'Opera before season's end. The chestnut had won both her starts this season, taking the Listed Prix de la Calonne three weeks prior to the Rothschild.