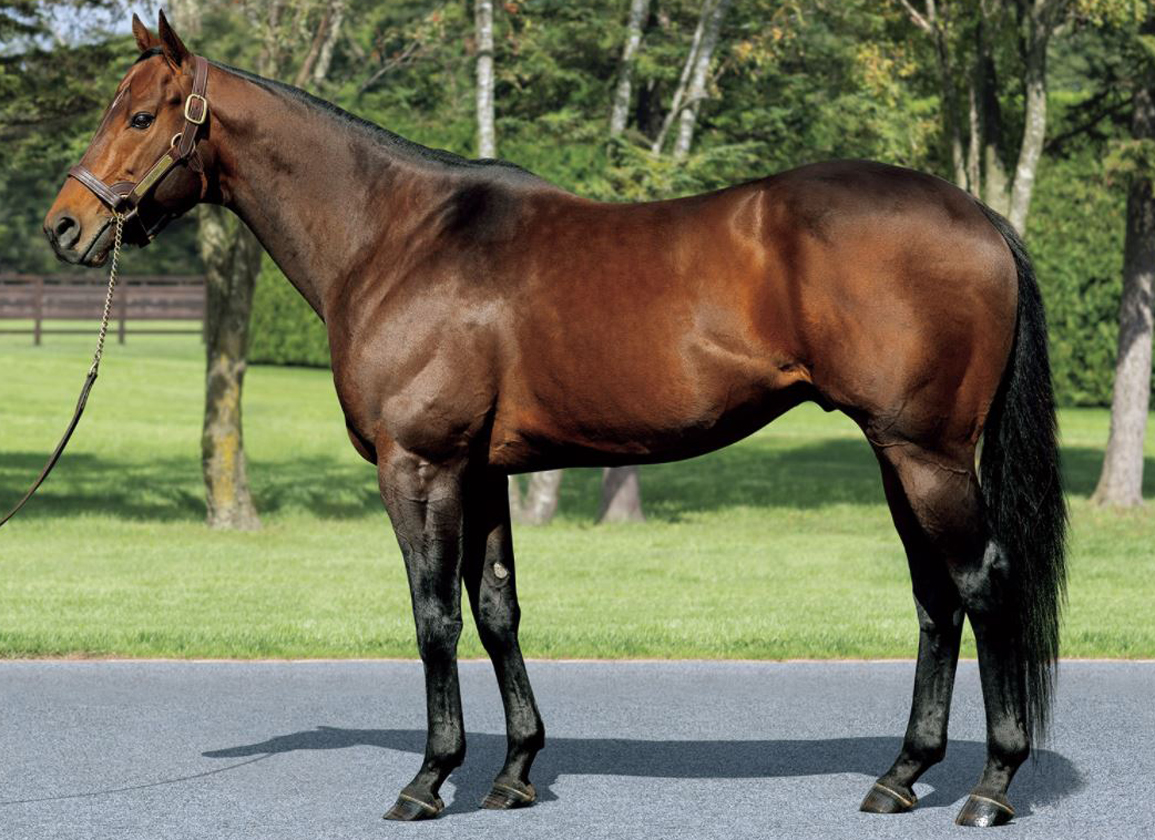 The first crop of foals sired by Eclipse Award-winning sprinter Drefong (Gio Ponti) have performed so well since 2-year-old racing in Japan began in early June that he has seen his covering fee bumped from ¥3 million (about $26,400) to ¥7 million (about $61,700) for the 2022 breeding season. Consigliere (Jpn) has done his part to help cement his sire's footing on the competitive Japanese breeding landscape and ran his record to two wins from as many starts with a neck defeat of Cafe Karma (Jpn) (Henny Hughes) in Saturday's Cattleya S. (allowance) at Tokyo Racecourse, the first of four races on the Japan Road to the Kentucky Derby.

Having graduated by 9 1/2 lengths going 1800 meters at Niigata in his lone previous appearance Aug. 22, the bay was favored at 7-10 and jumped fairly for Christophe Lemaire, then settled in a position slightly better than midfield as OBS March topper Clos de Mesnil (Practical Joke) speared through to make the running. Allowed to creep a bit closer on the turn, the Kazumi Yoshida colorbearer loomed up four wide at the top of the long Tokyo straight, was held together into the final furlong and a half and held sway late as 21-1 Cafe Karma dove at him to make a race of it (see below, SC 10). Geraldo Barows (Jpn) (Sinister Minister) was a further neck away in third, while second choice World Connector (Connect) was a meritorious fourth.

Consigliere, one of 22 first-crop winners for Drefong, is a half-brother to the Japanese SW & GSP Esmeraldina (Harlan's Holiday) and his dam Tasha's Star (Spanish Steps) is a half-sister to MGSW & GISP Tasha's Miracle (Harlan's Holiday). Tasha's Star did not produce a foal in 2020 and is the dam of a weanling filly by Shadai's two-time G1 Takamatsunomiya Kinen (1200mT) hero Kinshasa no Kiseki (Aus).

A total of 17 Kentucky Derby points (10-4-2-1) were awarded Saturday. The series continues in the Zen-Nippon Nisai Yushun at Kawasaki on the NAR circuit Dec. 15.

WATCH: Consigliere holds on in the Cattleya S.