Dorman Returns to Fasig November as a Seller 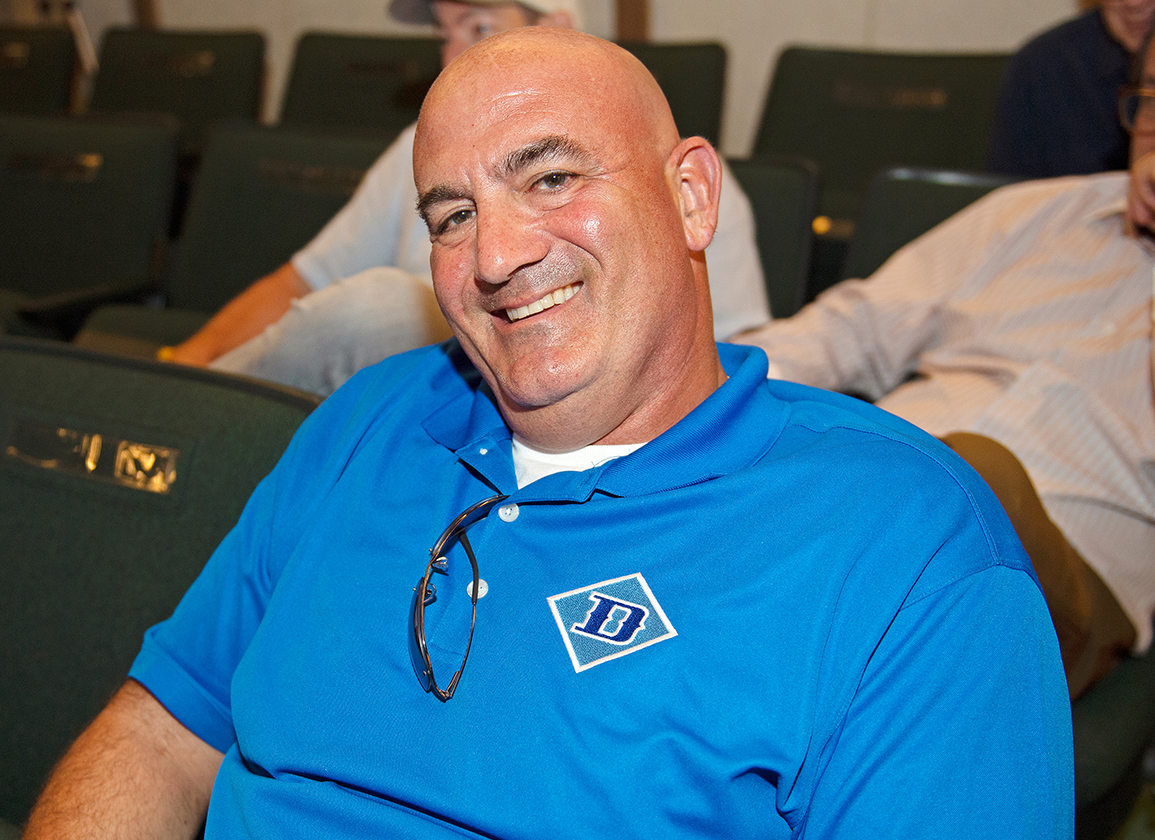 Matt Dorman made an immediate impact when he entered the bloodstock sales last fall looking to build a new broodmare band at his Determined Stud. The Maryland native opened his buying spree at the Fasig-Tipton November sale where he purchased four mares–including the $1.1-million Desert Isle (Bernardini) in partnership with John Sikura's Hill 'n' Dale at Xalapa–for a total of $2.125 million. Dorman returns to Fasig-Tipton Tuesday, but this time as a seller as he offers three weanlings through Scott Mallory's consignment.

“It's mixed emotions,” Dorman said of Determined Stud's first offerings of weanlings. “They are really good horses, so part of me is like, 'We may want to race these,' but at the same time Determined is a commercial breeding and racing operation, so the goal was to sell some no matter what. If we hit some really good numbers, then we can sell a little bit less. But the ones that are going to the sale are there to be sold. Some of these broodmares are on the younger side, so it would be great to get some strong horses out of them.”

Last summer, Dorman sold a majority interest in his technology start-up company Credible Behavioral Health and his retirement plan was to get more involved in Thoroughbred racing.

After starting his shopping at Fasig-Tipton, Dorman and longtime trainer Phil Schoenthal traveled across town and purchased an additional 14 head–11 mares and three weanling fillies–for $4,530,000 at the Keeneland November sale.

The Keeneland group was led by Style of Grace (Curlin), a half-sister to Grade I winner Furthest Land (Smart Strike) and graded placed Luck Money (Lookin At Lucky) and Street Move (Street Cry {Ire}), whom they acquired in foal to City of Light for $800,000.

Style of Grace's colt by City of Light sells Tuesday at Fasig-Tipton as (hip 117). Dorman's Fasig November trio also includes a filly by Uncle Mo (hip 64) out of stakes-placed Knarsdale (Medaglia d'Oro). The weanling was purchased in utero for $430,000 at last year's Keeneland November sale. Rounding out Determined Stud's first weanlings offered at auction is a filly by Into Mischief (hip 123) out of Tenacious Jewel, a mare purchased last November at Keeneland for $335,000. All three are the first foals out of their dams.

Dorman and Schoenthal were back in action at Keeneland in January and purchased six broodmares for $2,157,000, with Southern Ring (Speightstown), in foal to Into Mischief, leading the way at $875,000.

“Last year we were buying what we would race eventually and then also building up the broodmare band,” Dorman said. “I thought the market, pricing-wise, was in a pretty good place for a buyer.”

On the heels of an ultra-competitive yearling sales season, Dorman is hoping to find another strong market for foals at the November sale.

“The weanling market has been really strong over the last few years, too, so it will be interesting,” Dorman said of his expectations for demand at the bloodstock sales. “And then a lot of people got shut out at the yearling sales, so this is the 'next sale' for them to be going after horses. They might just get them a little bit younger.”

Dorman continued, “It's nice that, for the first time, I am actually buying low and selling high, hopefully. That would be nice. When I got out of undergrad, I graduated into a recession and when I got my MBA, it was an even bigger recession. We always joke about showing up at the party when the keg is kicked. For the first time, it feels like we are in a good spot.”

When Dorman began building his broodmare band last year, his plan was to renovate a farm in Maryland and base the band there. A year on and his plans have changed. He's currently in the final negotiations to purchase a move-in ready farm in Kentucky.

“As far as building out the operation in Maryland, it was probably a blessing in disguise because there were challenges with the county on getting the buildings built, there were challenges with getting some of the supplies,” Dorman explained. “We just held back and waited and then made the decision to buy a turn-key operation in Kentucky versus trying to build one from scratch because it would have been another two years to get everything done. So that part of the plan, I am fine being flexible on. Obviously, having a horse farm in Lexington, Kentucky is a great fall back. I'm not complaining about that.”

Dorman's racing operation has its base at Fair Hill Training Center. Among those set to begin racing in Dorman's D. Hatman Thoroughbreds operation is a half-sister by Curlin to Rock Your World (Candy Ride {Arg}) who was purchased for $825,000 at the Keeneland September sale.

“The yearlings that we picked up this year, they are in training and they are doing everything right,” Dorman said. “That Curlin filly that we picked up that is a half to Rock Your World, she is just a big, beautiful horse. We all thought she'd be late because she's so big, but she has just been incredibly athletic and the guys that are breaking those horses are just ecstatic about her.”

After his purchases in 2020, Dorman is on the radar of all the major sellers, but he and his team will be taking a more reserved approach to buying this year.

“I was surprised the last couple of weeks, I've gotten a lot of really nice care packages in the mail from people selling big mares,” Dorman said with a chuckle. “Credit goes out to the folks that are marketing Swiss Skydiver and some of the other ones, because obviously I am on the list. We were the underbidders on that big War Front in the September sale, so I think people understand the quality that we are going after. And we will look at some of those mares, but we are probably not going to swing as big as we did last year.”

He continued, “There are some of the bigger mares that we will be looking at, but I think quite frankly that we are going to get priced out because I think the market is really strong. Fortunately we have some really good mares and there are some that we bought privately so we are in pretty good shape there. We are not going to be bringing home 20 mares, that I can guarantee you.”

As his plans have evolved over the last year, Dorman said the team of people he has assembled has been a key to building a strong foundation for his operation.

“Scott Mallory has been a great horseman and he's helped out a lot,” he said. “Obviously Phil on the racing side has done really well for us, as well as John Sikura at Hill 'n' Dale. We are business partners with John on different stallions and we started to ramp that up to the next level.”

It has been over a year since Dorman sold a majority interest in Credible Behavioral Health–a software company providing electronic health records–but his 21-head broodmare band has turned into something of a second career.

“I sold the majority of the company in August of last year,” Dorman said. “Everyone tells me I need to do a better job at retirement. My 12-year-old son Chase is in the car with me now and he just said, 'You really do.' But when you have this many horses, it does take up a good amount of time. It's still very enjoyable, it doesn't seem like work to me.”

While Chase thinks his dad needs to work on the retirement front, the younger Dorman does have some goals for the new venture.

“He said I should sell a horse for a million dollars so he can get a new skateboard,” Dorman said with a laugh.

Dorman takes his first crack at that million-dollar result when the Fasig-Tipton November Sale gets under way at Newtown Paddocks Tuesday. Bidding commences at 2 p.m.