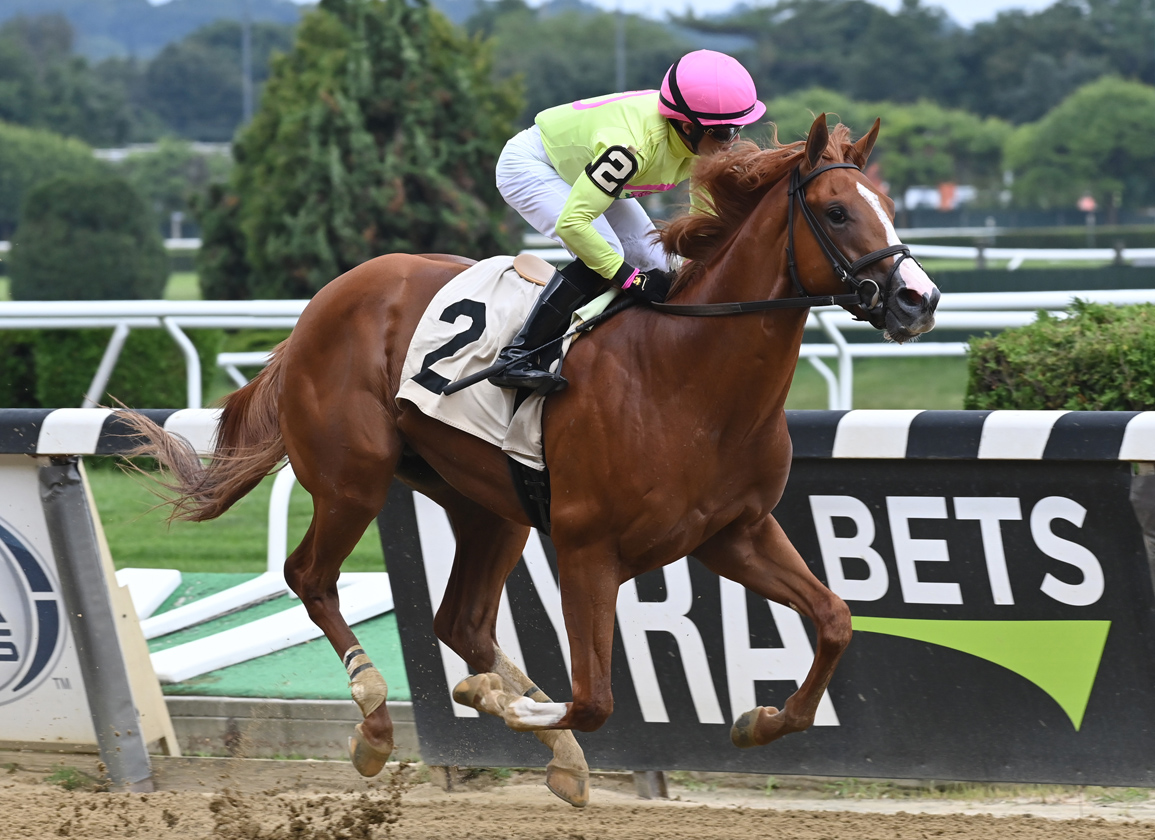 Michael Dubb and Michael Caruso's Doctor Jeff (Street Boss), a first-out winner in a six-furlong off-turf maiden special weight at Belmont Park July 10, will step right up to graded company as the 2-1 morning-line favorite in Saturday's GII Saratoga Special S. The chestnut colt earned a Special field-high 78 Beyer Speed Figure for his 2 1/4-length debut win and he has recorded three breezes over the main track at Saratoga, including a bullet five-furlong work in :59.61 Sunday, for trainer Rudy Rodriguez.

“I'm just very happy with the way he's training over here,” Rodriguez said. “He beat some tough horses the first time and he did it the right way. We just take it day-by-day, but he's been training over here for a while. If he doesn't like the track now, he's never going to like it.”

Joel Rosario, aboard for Doctor Jeff's win and the winner of last year's Saratoga Special aboard Jackie's Warrior (Maclean's Music), will have the return call from post eight.

Freshman sire Gun Runner, who was represented by a pair of graded winners last weekend, has two chances to keep the streak going in the Special. Winchell Thoroughbreds' Gunite (Gun Runner) adds blinkers Saturday following a maiden-breaking score going six furlongs in his third lifetime start at Churchill Downs last time out June 26. The dark bay colt hit the board in both previous five-furlong outings in Louisville.

Another Winchell homebred, Red Run (Gun Runner), was a first-out winner over a sloppy Churchill strip May 9 and was a late-closing fifth in the June 26 GIII Bashford Manor S.

“It's extremely exciting. All a part of what makes racing great,” Asmussen said of Gun Runner's fast start at stud. “We're fortunate to have horses like that and then have the chance for them to prove it. It's amazing how he stamps them just with their attitude. Obviously, he gave them a tremendous amount of ability to find more. Winning and losing is usually the amount of effort willing to be applied.”

Phoenix Thoroughbred's Double Thunder (Super Saver) comes into the Special with a perfect two-for-two record. A debut winner going 4 1/2 furlongs at Monmouth Park June 5, the Todd Pletcher trainee closed from well back to score a 4 3/4-length victory in the Bashford Manor.