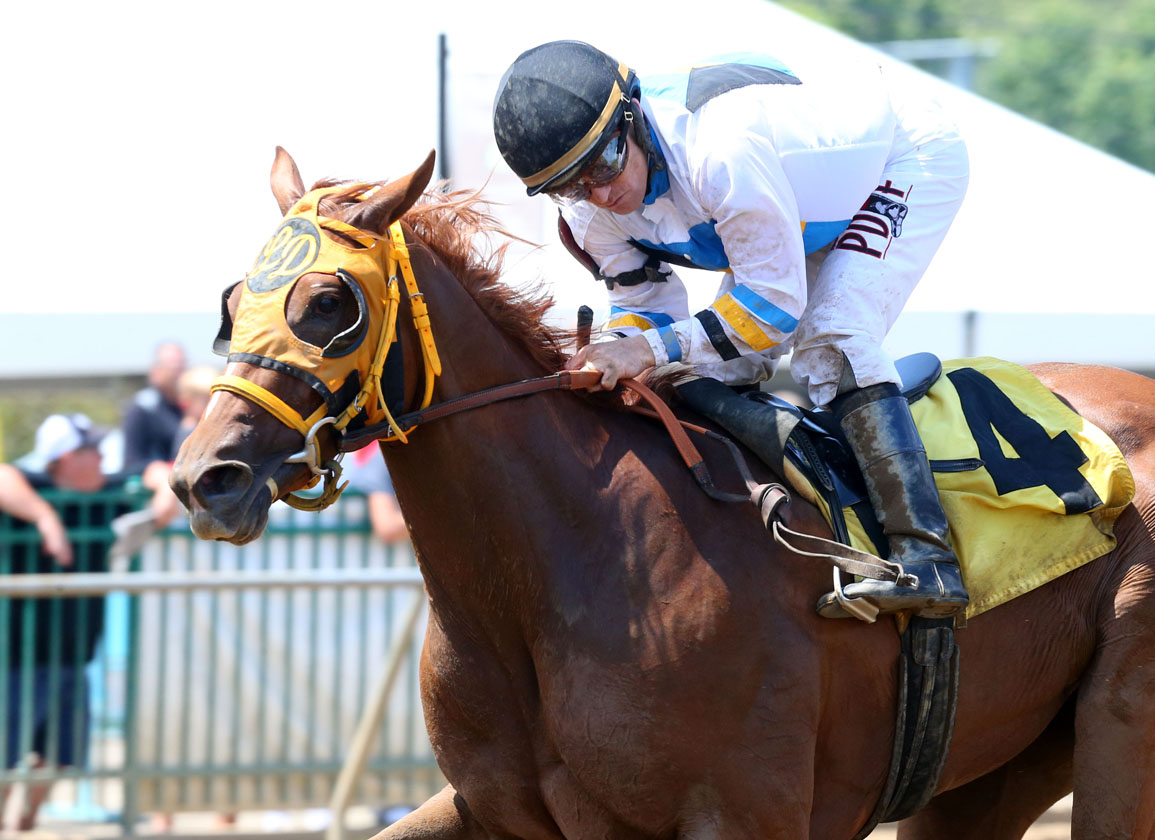 Graded stakes-placed 4-year-old Lady Glamour (Discreet Cat) topped Keeneland's June Digital Sale Tuesday at $115,000. Offered in foal to popular young stallion Not This Time, she was consigned by Taylor Made Sales Agency, Agent VII as hip 12 and sold to Norman Umphenour's Anzac Farm LLC with Taylor Made also acting on behalf of the buyer.

Just a $1,000 FTKOCT yearling buy, Lady Glamour took her juvenile debut in May of 2019 for trainer Larry Demeritte and owner Inga Demeritte before finishing third in Churchill's Debutante S. She subsequently RNA'd for $145,000 at that year's Fasig-Tipton July Horses of Racing Age sale, and would go on to romp in an Ellis allowance before a second in the Rags to Riches S. and third in the GII Golden Rod S. later that season. She had last been seen finishing fourth in the GIII Dogwood S. last June, and was intended to be offered as a racing prospect this March before suffering a cut on her hind fetlock that prompted her removal from that auction and subsequent visit with Not This Time. The earner of $126,170 has a live sibling in the form of 3-year-old Mucho Del Oro (Mucho Macho Man), a winner of three straight at Santa Anita.

The sale's second-priciest lot was $35,000 stallion prospect King Jack (Jimmy Creed) (hip 13), who was also offered by Taylor Made. Purchased by Dan Kjorsvik, the talented 'TDN Rising Star' won three of his four career outings, capped by a victory in the 2019 GII Gallant Bob S.