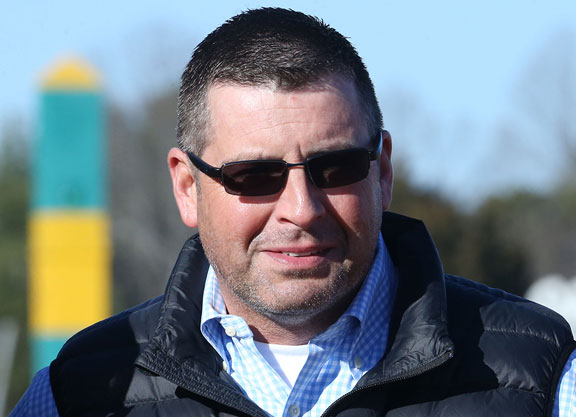 Robertino Diodoro, currently second in wins and fourth by earnings in the Oaklawn Park trainer standings, had a fifth-place finisher from three months ago disqualified via stewards' ruling Monday because of a Class 4 dexamethasone positive.

Although the DQ ruling itself did not impose a fine upon Diodoro, a separate stewards' ruling fined him $1,000 under the “absolute insurer” clause.

By issuing a separate fine, the Oaklawn stewards handled Diodoro's Class 4 positive similar to how they did in 2020 when Diodoro had two winners and a fifth-place horse disqualified for the prohibited use of two different Class 4 substances detected in post-race testing.
The DQ'd horse from the Mar. 7 ruling was Storm Advisory (Weigelia), who now gets demoted to sixth and last in the first race from Dec. 10, 2021. Split-sample testing confirmed the result, and Diodoro waived his right to a hearing. It was not immediately clear if any appeal would be lodged.

Dexamethasone is an anti-inflammatory listed as a Class 4/Penalty Category C prohibited substance on the Association of Racing Commissioners International's uniform classification guidelines for foreign substances.