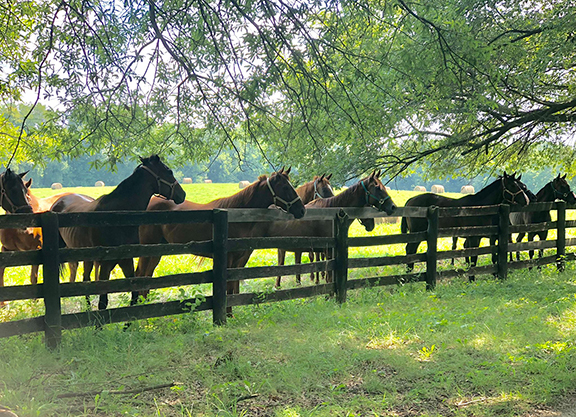 Dina Alborano, who ran the “I Care I Help” Thoroughbred rescue, has reached an agreement with the State of New Jersey that calls for her to pay a $5,000 fine and to permanently cease raising money. The announcement was made Monday by Attorney General Gurbir S. Grewal and the Division of Consumer Affairs, which alleged that Alborano, a New Jersey resident, raised more than $340,000 for her horse rescue and deposited it in a personal bank account. The officials also announced that I Care I Help was never registered with the state, which is required by law.

The ruling, however, did not include any criminal charges.

“Donors were led to believe that the money they contributed to I Care I Help would be used to purchase Thoroughbred horses bound for the slaughterhouse and pay for the animals' care while they awaited adoption into permanent homes,” said Howard Pine, Acting Director of the Division of Consumer Affairs. “Instead, donor funds were funneled into bank accounts controlled by Alborano and an acquaintance and it's unclear from the records kept just how much of that money was actually used for rescuing horses.”

“So many charities in New Jersey do incredible work to serve good causes,” said Attorney General Grewal. “Unfortunately, a small number of bad actors exploit donors' good intentions in order to pocket charitable contributions for themselves. Our Division of Consumer Affairs enforces our charity laws to give potential donors confidence that their donations will be used as advertised, so that donors can give to charitable organizations generously and confidently.”

I Care I Help made a splash in 2018 after a flattering story about the rescue's work to save retired Thoroughbreds. The positive coverage helped it raise money that Alborano told donors was being used to save horses in Louisiana who were candidates to be sent to the slaughterhouse. Alborano posted on her website that in the first five months of 2018 she saved 100 horses from kill lots in Louisiana. Her critics argued that she was in fact collecting “bail money” on the horses, driving up their prices at sales frequented by meat dealers by tugging on the heartstrings of her donors.

Subsequent news reports further questioned Alborano's efforts and, in particular, her association with Hal Parker, a former employee of a company known to sell horses to slaughterhouses. Parker, who was put in charge of caring for the I Care I Help horses after they were purchased, has been charged with a number of felony counts involving animal cruelty and the charity's horses. An August 2018 investigation by the National Thoroughbred Welfare Organization (NTWO) claimed that it had uncovered numerous examples of horses that were in poor or very poor condition once leaving I Care I Help's care and turned over to adopters.

On her website, Alborano called the NTWO's charges “slanderous attacks.”

The New Jersey investigation did not focus on the treatment of the animals, which, to some, was a disappointment. Horse owner and attorney Maggi Moss, a frequent critic of Alborano's, said the penalties leveled by New Jersey officials were too light.

“This was extremely weak but at least it is something,” Moss said. “With any law enforcement, it's sad where their priorities lie when it comes to animal welfare. You find that throughout the country. Usually, if you get a media splash you get charges. That didn't happen here. Are there still people looking at her criminally? I don't know the answer to that.”

Alborano's attorney, Frank Arleo, issued a statement to the Paulick Report that said, “As can be seen from a reading of the Consent Order, I Care I Help resolved this purely civil matter by paying a small fine related to its failure to properly register as a non-profit in accordance with New Jersey law. Ms. Alborano is happy to have resolved this matter in an amicable fashion.”